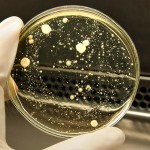 The journal Nature published an article online on November 21, 2012 that provides new information on how calorie restriction extends life span.

Adam L. Hughes, PhD and Daniel Gottschling, PhD of Seattle’s Fred Hutchinson Cancer Research Center report the results of their latest research involving yeast cells. They found that a structure within the cells known as the vacuole (whose animal counterpart is the lysosome) becomes less acidic early in the yeast cell’s life span, resulting in a reduction in the ability of this organelle to store specific nutrients. These nutrients build up in the cell and overwhelm the mitochondria, which are the cell’s power plants. When the mitochondria become exhausted by consuming the surplus, they become dysfunctional. “Until now, the vacuole’s role in breaking down proteins was thought to be of primary importance,” explained Dr Hughes, who is a postdoctoral fellow in Dr Gottschling’s laboratory. “We were surprised to learn it was the storage function, not protein degradation, that appears to cause mitochondrial dysfunction in aging yeast cells.”

“Normally, mitochondria are beautiful, long tubes, but as cells get older, the mitochondria become fragmented and chunky,” noted Dr Gottschling, who is a member of the Fred Hutchinson Center’s Basic Sciences Division. “The changes in shape seen in aging yeast cells are also observed in certain human cells, such as neurons and pancreatic cells, and those changes have been associated with a number of age-related diseases in humans.”

“There has been a lot in the scientific literature and the general media lately about how what you eat affects the aging process, but it has been incredibly confusing,” Dr Gottschling remarked. “Now we have a new paradigm for understanding how genetics and environment interact to influence lifespan, aging and age-related diseases. That’s what I’m really excited about.”