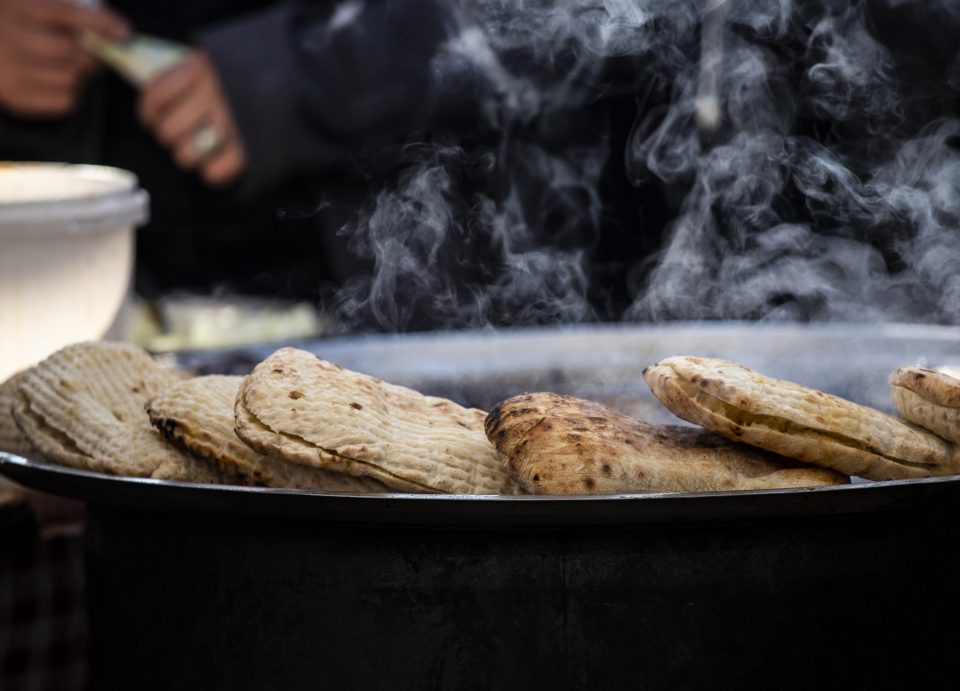 It’s very tempting to call the topic of this blog “pizza” but, instead, I am referring to these endlessly delicious and versatile dishes as “flatbreads” because it suggests so much more than a round baked pie of tomato sauce and mozzarella cheese. Almost every culture around the world uses some version of flatbread and, even among those that don’t have a traditional version, you can create one with any cuisine in the world. Some of the characteristics that make flatbreads so appealing are that they are usually presented thin, a little crispy (as opposed to fluffy and doughy), and they […]
Do you like it?
Read more 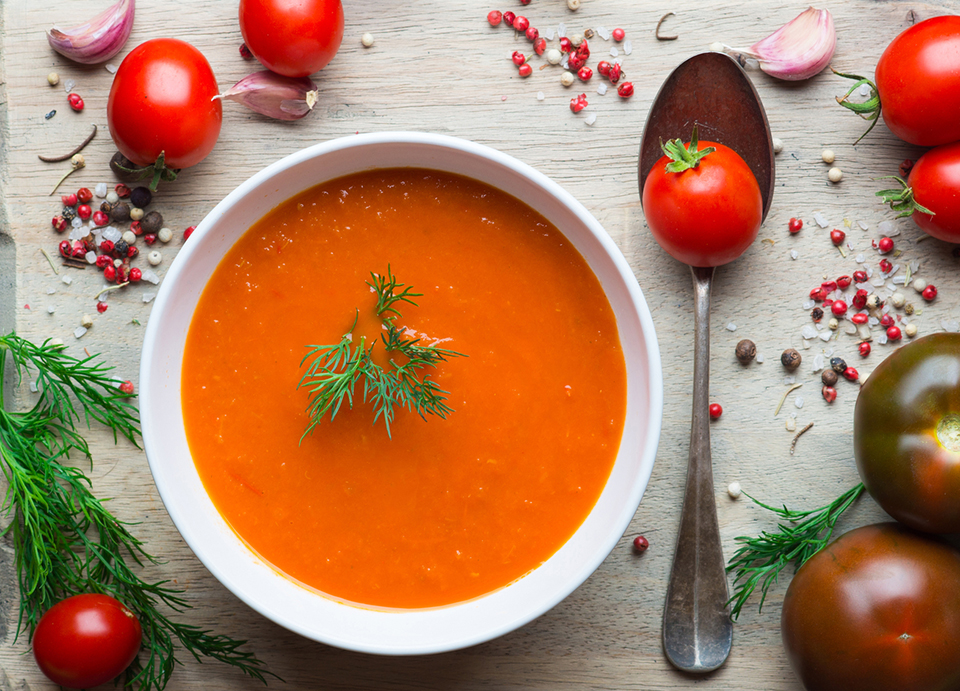 Tomato Soup With a Tempeh Twist!

Savory, soothing tomato soup gets a protein kick by adding tempeh, a fermented soy product with a firm and meaty texture. Some people do not care for the squishy texture of regular tofu, preferring tempeh instead. A product that crumbles directly into this soup and cooks along with it, tempeh adds the unexpected benefit of probiotics for gut health and protein. Cooked tomatoes offer a heart-healthy punch of the antioxidant lycopene. With plenty of flavorful herbs and spices, consider this tomato soup when you need a simple, healthy dish. SERVES 6 Ingredients 2 Tbs. olive oil 1 large yellow onion, […]
Do you like it?
Read more 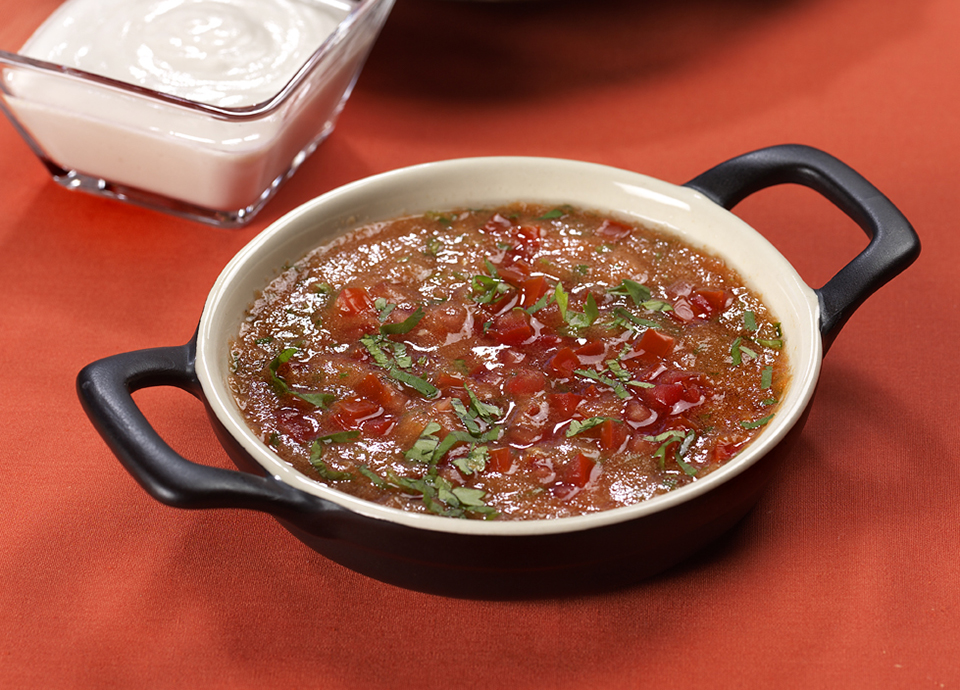 Flavors of Spain Will Spice Up Your Health

Over the past year, FoodTrients has been exploring foods and flavors from around the globe. This week, we take a look at the flavors of Spain as part of our new series on the world of foods, herbs and spices that help create some of the distinctive dishes we have featured, and the age-defying benefits they deliver. Due to its location, Spain has a variety of cultural influences from Greece, Northern Europe, Italy, and Northern Africa, which are responsible for introducing foods such as olives, wine, meat pie, stews, and honey to Spain’s cuisine. Fish and other seafood are considered […]
Do you like it?
Read more 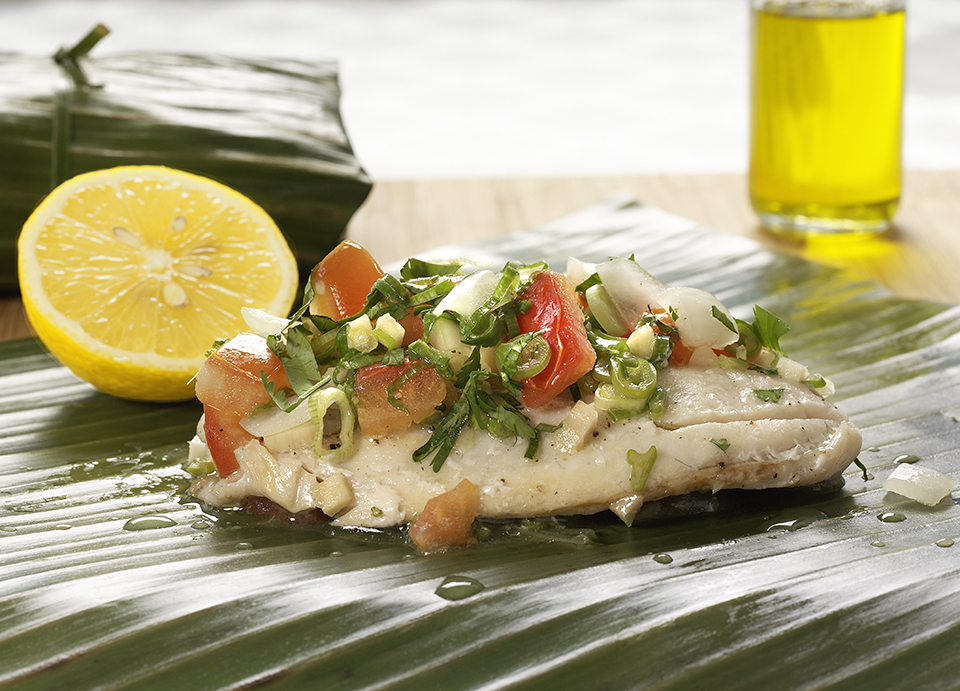 The anti-inflammatory properties of fresh cilantro, ginger, and olive oil help keep skin looking young. I prefer to make this recipe using tilapia fillets, though you can substitute any firm, whitefish fillet. Using banana leaves to wrap the fillets will impart the full flavor of the fish, but the use of aluminum foil alone will also work. SERVES 2 Ingredients 2 banana leaves 2 tilapia fillets Sea salt and ground pepper to taste 1 lemon, cut in half and sees removed 1/2 cup seeded and sliced tomato 1 Tbs. peeled and thinly sliced gingerroot 1/4 cup chopped onion 2 Tbs. […]
Do you like it?
Read more 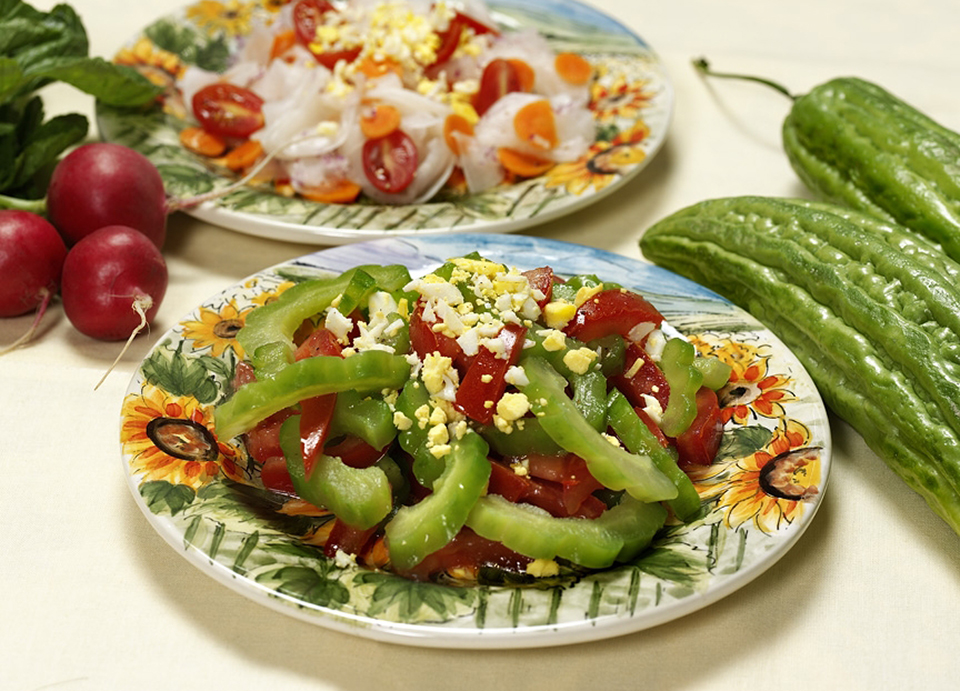 Bitter melon, which resembles a wrinkly, light-green cucumber, is something of an acquired taste. Soaking it in salted water to remove the bitterness is the first step in getting people to fall in love with it. It’s worth the trouble, because boiling bitter melon in water releases its antioxidant power. Bitter melon also has immune-boosting beta-carotene, potassium, and detoxifying fiber. Asian herbalists prescribe it to diabetes patients to help them stabilize their blood sugar. This salad makes an excellent side dish for grilled meat, fish, and vegetables. Serves 2-4 Ingredients 4 medium-size bitter melons ¼ cup kosher salt Pinch of […]
Do you like it?
Read more 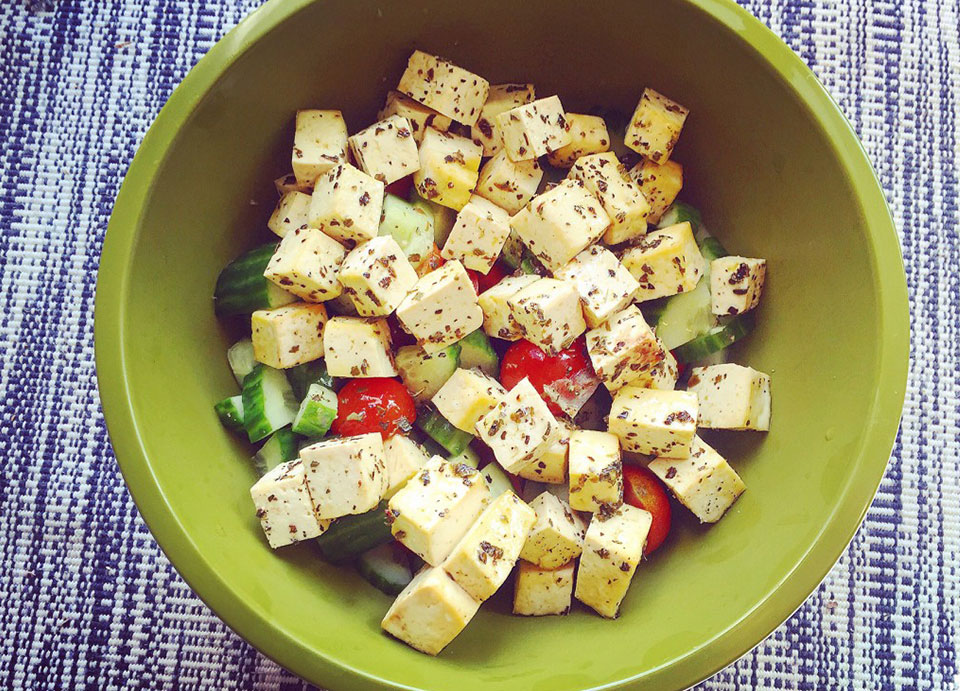 Getting bored with regular green salads? Toss things up with a fresh spring salad packed with flavor and protein to keep you full and energized. Tofu is a versatile and easy-to-make protein source that adds texture to this flavorful salad. A light lemon-herbed dressing perfectly suits a combination of favorite garden veggies. Given the hearty nature of this salad, it travels well and makes great leftovers. Packed with antioxidants and anti-inflammatory benefits, be sure to include this simple, tasty salad as a side dish at your next dinner or picnic. Because of the marinating, cooking and cooling time in this […]
Do you like it?
Read more

Get Saucy! And Add a World of Flavor to Every Dish

Everyone has their favorite sauces to prepare. A sauce can make basic foods like chicken, omelets or pasta sing! And often in different languages. But with each category of sauce, there can be a variation that will create a twist on your old standby. Let’s start with tomato sauce. It’s usually associated with Italian or Mexican foods, but you can easily change the flavor profile to make something slightly exotic. Tomatoes are FoodTrients because they are an excellent source of lycopene, which is an effective antioxidant. Lycopene is in the carotenoid family, which includes beta-carotene, lutein and zeanthin, important compounds […]
Do you like it?
Read more