Magnesium Is Crucial Mineral for Health

Magnesium is a mineral gaining a lot of attention lately and for good reason. Involved in hundreds of processes in the body, it is an essential mineral critical for muscles to work properly, including the heart. Magnesium is a part of key enzymes, or chemicals in the body that help regulate energy within the cells. It is also an important nutrient for bone and nerve health. Magnesium is a major player; it exists in the body in significant amounts until some other minerals. Read on to learn more about this important mineral crucial for human health to be sure you’re […]
Do you like it?
Read more

The Everyday Diet Secret Is Out

By now we know that what we eat makes a huge difference in our health. If I told you that there is one nutrient proven to maintain weight and lower the risk of heart disease and diabetes, I am betting that you would not hesitate to add it to your diet right away. Well, this “magic bullet” actually exists, and it is not a newly discovered or expensive nutrient developed in a lab. What I am talking about is fiber, and it is found in normal, everyday foods that you may already have in your home. Fiber is a type […]
Do you like it?
Read more

This recipe for Pão de Queijo (Brazilian Cheese Bread) adds an international flair to any meal.  You’ll love the soft and chewy texture and cheesy flavor of this gluten-free recipe—and you’ll also like how it’s low in lactose, which is great for anyone with lactose intolerance or Irritable Bowel Syndrome (IBS) following the low-FODMAP diet. Ingredients: 1 cup milk (use lactose-free milk to lower FODMAPs) ½ cup coconut oil 1 tsp. salt 2 cups tapioca flour 2 eggs 1½ cups shredded Parmesan cheese Directions: Preheat oven to 450 degrees. In a 2-quart saucepan, combine milk, oil and salt. Whisk occasionally, […]
Do you like it?
Read more

Eating bread made from trendy ancient grains such as spelt, barley or quinoa protects against heart disease, according to new research. The study shows eating bread made with ancient grains could help lower cholesterol and blood glucose — leading risk factors for heart attacks and strokes. The researchers said that compared to modern grain varieties, which are often heavily refined, ancient grains offer antioxidant and anti-inflammatory profiles. They also contain beneficial vitamins (B and E), as well as minerals such as magnesium, iron and potassium which protect against chronic diseases. The Italian research team said the findings, published in the […]
Do you like it?
Read more

I’m going to tell you all something that you probably already know. Regardless of the plethora of gluten-free breads and baked goods out there, one thing continues to remain certain: none of them taste all that good. But you may want to start to get excited, because it looks like that may be about to change. Thanks to Italian food scientist duo Virna Cerne and Ombretta Polenghi, your gluten-free bread may soon get a major upgrade. Cerne and Polenghi, partners at Italian-based food company Dr. Schar, have come up with a quality gluten substitute that closely mimicks the real thing. […]
Do you like it?
Read more

One of the most common complaints about gluten-free baked goods is that, while they are adequate, they just can’t come close to the real thing. Even the highest quality bakeries can’t seem to figure out how to mimic baking with wheat flour. Enter Chris Miller, a Kansas researcher who is developing a strain of wheat that will be safe for those with celiac. Celiac-Safe Wheat Chris Miller, director of wheat quality research for Heartland Plant Innovations in Manhattan, Kansas, is working with the Kansas Wheat Commission to develop a wheat-strain that will be safe for those with celiac disease. Miller’s […]
Do you like it?
Read more

Chromium is a mineral whose name derives from the Greek word chroma, meaning colored, referring to the red compounds the mineral is found in. The intense red color that defines rubies is, in fact, due to their chromium content. While the dangers of hexavalent chromium became widely known with the film Erin Brockovich, the version found in food (trivalent chromium) is safe and healthy. Trace amounts of chromium are helpful in maintaining normal blood sugar levels in diabetics and people who have hypoglycemia. Chromium Prolongs Life Chromium’s effect on glucose might be a reason for its ability to extend life. Using diabetic rats, […]
Do you like it?
Read more 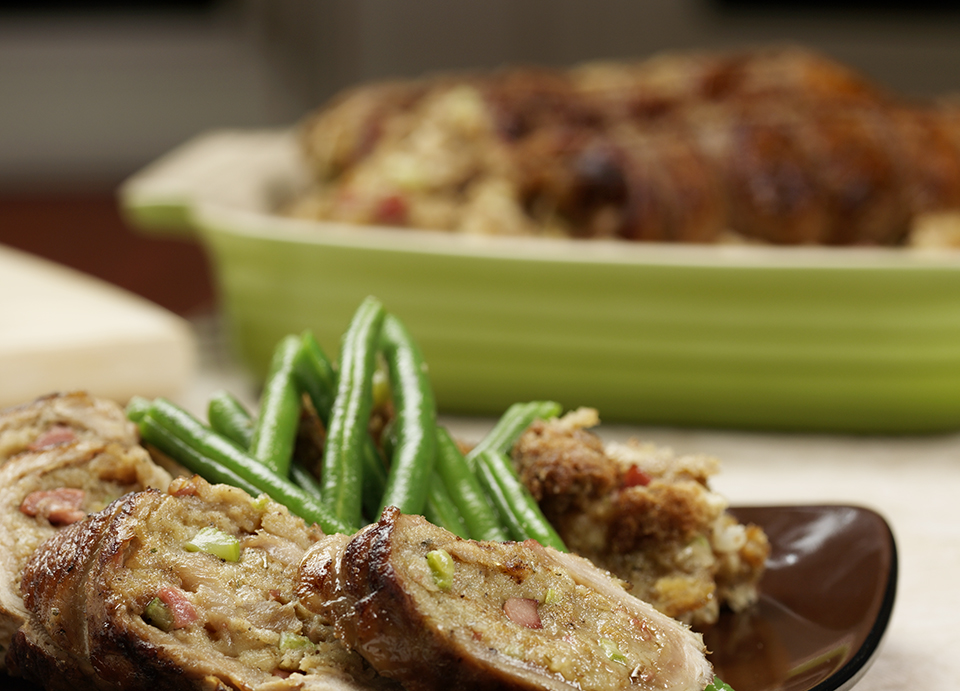 I use this stuffing for my Stuffed Turkey Rolls. Homemade croutons, raw celery, and sausages give this dish its unique flavor and texture. To serve as a side dish, spread the stuffing in a greased baking dish and bake at 400 degrees for 20 minutes. YIELDS 2-3 cups Ingredients 4 Tbs. olive oil 1/2 cup chopped onion 1/2 lb. ground turkey 2 slices cubed whole-wheat bread Sea salt and ground pepper to taste 1/2 tsp. Italian seasoning 1 cup turkey or chicken broth 1/4 cup chopped celery 1 can (5 oz.) mashed Chicken Vienna sausages (optional) Procedure 1. Heat 3 […]
Do you like it?
Read more
No results See all results