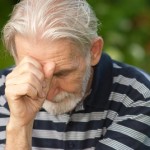 As you get older, it’s typical to have sporadic incidents of misplacing your keys, forgetting someone’s name, or where you left your glasses. Yet, persistent memory loss that’s also accompanied by depression can be early warning signs that you may be developing brain changes than can result in dementia in the coming years.  Memory loss and depression can also  stem from nutritional deficiencies that are being overlooked.  Let me tell you more about it…

Recent research out of New York University’s Columbia University Medical Center has shown an association between depression and mild cognitive impairment (MCI) which includes memory loss.  Even though MCI is not full-blown dementia, it may lead to it in later, more elderly years.

Depression and memory loss that’s present all the time, however, may have other, physical causes.  These include structural and chemical changes in the brain from protein plaque buildups typically found in dementia. Neurotransmitters – brain chemicals that activate memory banks, or relay sensory information to the brain – can stop working properly.

Yet, depression and memory loss can also stem from other physical reasons too that are much easier to deal with, such as the following:

Depression and memory problems that continue may be a sign of actual physical, brain changes that need to be evaluated by a physician.  They may also be a result of nutritional deficiencies that can be addressed and remedied rather easily.  Talk to your doctor about your symptoms.  A sunnier mood and better memory may be as simple as getting better nutrition.