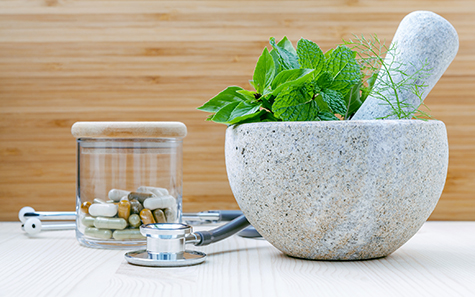 The world is facing the greatest healthcare crisis it has ever seen. Chronic disease is shortening our lifespan, destroying our quality of life, bankrupting governments, and threatening the health of future generations. Sadly, conventional medicine, with its focus on managing symptoms, has failed to address this challenge. The result is burned-out physicians, a sicker population, and a broken healthcare system.

In Unconventional Medicine, author Chris Kresser presents a plan to reverse this dangerous trend. He shows how the combination of a genetically aligned diet and lifestyle, functional medicine, and a lean, collaborative practice model can create a system that better serves the needs of both patients and practitioners.

We’ve reached the point where chronic disease has become so common that we think it’s normal.

Chronic disease is not a small problem. It’s an insidious, slow-motion plague that is exploding through Western populations, shortening our lifespan, destroying our quality of life, bankrupting our country, and threatening the very survival of our species.

The consequences for patients are painfully obvious. Consider the following: 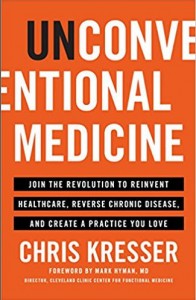 Unconventional Medicine is both a manifesto and a roadmap to a more effective and humane approach to healthcare, it is the opposite of conventional medicine. It’s based on the recognition that we’ve reached an inflection point at which we can no longer afford not to act on a massive scale, and that the action we take must not come out of the same system that caused—and continues to cause—these problems in the first place.

Kresser’s book is firmly rooted in the latest science and statistics, yet it is brought to life by case studies of patients and stories of healthcare practitioners who have been affected by our dysfunctional “sickcare” model. It also provides a practical clinical framework for how the body’s physiological systems are linked together and how their functions are influenced by both environment (diet, lifestyle, microbes, allergens, environmental toxins, and stresses) and genetics.

Most chronic disease is preventable, and much of it is reversible. This book is your guide to understanding how.