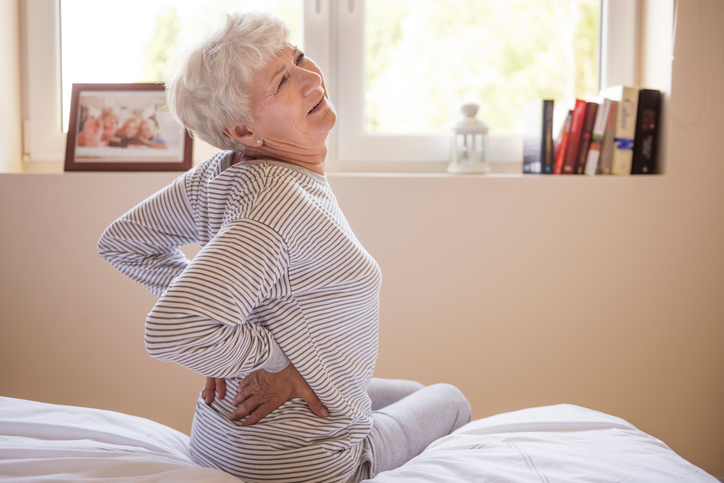 A clinical trial reported in the January 2017 issue of Pain Physician uncovered a benefit for supplementing with vitamin D among individuals with chronic lower back pain. The condition is the second most common pain complaint after headache and can be notoriously resistant to treatment.

The trial included 68 men and women who had chronic lower back pain for at least three months that did not respond to medications and physical therapy. Subjects were limited to those with plasma 25-hydroxyvitamin D3 levels measured at the beginning of the trial of less than 30 nanograms per milliliter (ng/mL). Participants received 60,000 international units (IU) vitamin D3 given orally once per week for eight weeks.  Pain and disability were scored at the beginning of the study and at two, three and six months.

Ninety percent of the subjects had deficient levels of 20 ng/mL or lower and 10% had insufficient levels of greater than 20 ng/mL to 29 ng/mL at the beginning of the trial. Following supplementation, 66% of the patients attained sufficient levels of more than 29 ng/mL. Pain and disability scores significantly improved at two, three and six months in comparison with scores obtained at the study’s onset.

In their discussion of the findings, authors Babita Ghai, MD, DNB and colleagues observe that vitamin D exerts anatomic, hormonal, neurologic and immunologic influences on pain expression. “Our findings provide a reasonable explanation and justification for advising dietary supplementation as well as therapeutic medication to achieve normal vitamin-D levels in patients with musculoskeletal pain,” they write. “It is advisable to get adequate sunlight exposure as well as vitamin D and calcium supplementation along with physical exercise to mitigate the morbidity induced by the disability caused by abnormal vitamin D homeostasis.”