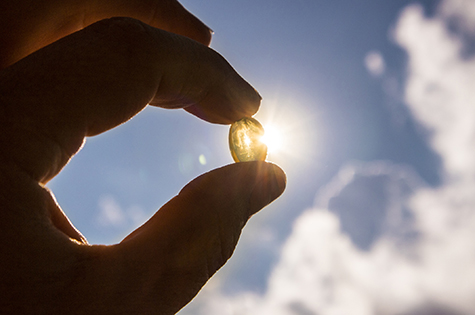 Analysis of data obtained in The VITamin D and OmegA-3 Trial (VITAL), which is the largest and most recent clinical trial to evaluate the association of vitamin D or fish oil supplementation with the risk of developing cancer or cardiovascular disease, reveal protective effects for fish oil against heart attack and for vitamin D against the risk of dying from cancer. The results were presented at The North American Menopause Society (NAMS) Annual Meeting, held in Chicago during September 25–28, 2019.

“Whether vitamin D or omega-3 supplementation is beneficial for the prevention of cancer or cardiovascular disease (CVD) in general populations at usual risk for these endpoints is a subject of ongoing debate,” write Joann E. Manson and colleagues. “The VITamin D and OmegA-3 TriaL (VITAL) was designed to fill these knowledge gaps.”

The trial included 25,871 men and women. After a 5.3-year median, daily supplementation with one gram omega-3 fatty acids from fish oil was associated with a small reduction in the risk of all major cardiovascular events in comparison with a placebo, while those with low fish intake experienced a significantly greater risk reduction. Heart attack, fatal heart attack and percutaneous coronary intervention, but not stroke or other cardiovascular disease endpoints, were significantly reduced in the fish oil supplemented group. The protective effect against heart attack was strongest among African Americans.

In association with vitamin D, a significant decrease in the risk of cancer mortality was observed among men and women who received 2,000 IU daily for at least two years.

“With heart disease and cancer representing the most significant health threats to women, it is imperative that we continue to study the viability of options that prevent these diseases and help women survive them,” noted NAMS medical director Dr Stephanie Faubion.