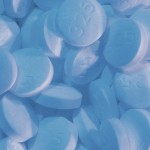 If you’re a woman over 50 and you have a family history of melanoma, you’ll want to know the new findings about an old, simple pain reliever. Researchers have found that it may cut your risk of developing melanoma 30% and more the longer you take it. Here’s what you should know…

Aspirin is a simple pain relieving compound that has been used for decades for headaches, fever, muscle cramps, and more. Even though aspirin is a manufactured “drug”, its active ingredient, salicin, is actually derived from white willow bark, a natural herb. As such, aspirin has been available as an OTC – over the counter – “drug” for decades.

In the past several years, there’s been a lot of controversy about aspirin. As it is a blood thinner, there have been reports of it causing gastrointestinal bleeding and aggravating ulcers. But, if the reports are read closely, these cases occurred in people who over-took aspirin, in doses that are not recommended. The truth is, aspirin, if taken as directed, by the product label, or under supervision of your doctor, it’s a safe and effective remedy for most minor pain.

But that’s not all. Researchers had also found aspirin to help prevent heart attack and stroke by breaking up fibrin, a sticky substance in your blood that can form clots. It’s also an anti-inflammatory which protects vascular structures from inflammation damage from poor diets, stress and lifestyle choices.

And then the even more surprising news about aspirin’s health benefits started to come out. In a study done a decade ago by the University of Pittsburgh, aspirin was found to cause cancer cells to self-destruct. Since then, researchers from various prestigious universities and medical centers around the country reported their findings on aspirin’s effect on cancer. Here’s a quick sketch of what a few of these important studies found:

1. Back in 2011, the American Association for Cancer Research revealed that aspirin, even if only taken once per month, could decrease the development of pancreatic cancer by 26%.

2. In 2012, the American Gastroenterology Association reported that aspirin reduced the risk for Barrett’s esophagus, one of the main risk factors for esophageal cancer.

3. For the past several years, studies out of the Fred Hutchinson Cancer Center in Texas documented that aspirin also has a preventative effect against most cancers of the gastrointestinal system. This includes colorectal cancer.

4. Studies dated as far back as 2008, and as current as 2015, have documented aspirin as also helping block the growth of certain breast cancers.

And for the past 4 years, researchers from many different medical institutions have been looking at applying the “aspirin effect” to melanoma – the deadliest of skin cancers. They found that, like other cancers, aspirin could likely help prevent the development of melanoma, especially in people at higher risk. These included women over age 50, with/without a family history of melanoma.

The Stanford study was controlled for differences in skin color, tanning practices, sunscreen use, and other risk factors. The researchers concluded that if you’re an older woman, at risk for melanoma because of your skin type, lifestyle risk factors, or family history, you could benefit from preventative use of low dose aspirin.

What’s the connection between aspirin and cancer? Inflammation. In the past decade, medical researchers have learned that inflammation that is allowed to run rampant throughout your body is the #1 cause of all types of disease. This includes the “Big 4″ diseases of aging, including heart disease, diabetes, neurodegenerative diseases (like Parkinson’s and Alzheimer’s) and cancer.

Aspirin, as I mentioned earlier, is an anti-inflammatory compound. This property is precisely the reason it works so well in decreasing the pain of arthritis, for example. It turns off the inflammation factor first.

So, if you are a senior gal, and are at higher risk for developing melanoma, should you be taking a daily low dose aspirin? After reading many studies that have reported aspirin’s benefit in preventing certain cancers, as a dermatologist, I would tell you, Yes.

In my opinion, as a dermatologist, the benefits of taking a single low dose aspirin a day to decrease your risk of developing deadly melanoma outweighs the risks. Low dose aspirin means 81 mg of an enteric coated “children’s” aspirin, or as much as half of a 365 mg (162 mg) adult dose enteric coated aspirin. Taken correctly, these should not cause stomach upset or bleeding. It’s best to take aspirin with food for added GI protection.

You may even take a white willow bark capsule, the herb that aspirin is made from, as it’s not as strong as regular aspirin. However, caution also applies to taking white willow bark. As aspirin is made from it, it also contains the same risk of GI bleeding if not taken correctly. Let your doctor know if you’re taking aspirin or white willow bark for this reason. If you need surgery, you will need to stop taking it about a week before to prevent excessive bleeding. And, your doctor can monitor your “bleeding times” to make sure that they’re not getting out of range which could put you at higher risk for bleeding incidents.