Prevention is the Best Medicine 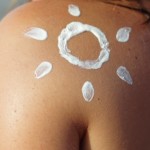 With summer on the horizon, Golden Isles residents and visitors will begin flocking to the beaches. As the sun moves more directly overhead and the ultraviolet index rises, the use of sunscreen becomes even more important.

Most people know that overexposure to the sun’s powerful ultraviolet rays is damaging, but too many still aren’t doing enough to protect themselves. Approximately one in five people will develop some sort of skin cancer in their lifetime, and area residents need to take precautions seriously.

“Everyone should care about skin cancer in the area, as we are exposed to a higher amount of sun than other regions,” said Ashley Cavalier, dermatologist at Atlantic Shore Dermatology on St. Simons Island. “Skin cancer is the most common form of any cancer we see in the United States.”

The three most common types — basal cell carcinoma, squamous cell carcinoma and melanoma skin cancer — have been seen heavily in the area. Sadly, Cavalier says melanoma is the most dangerous form and is on the rise at her offices.

“Skin cancer is typically very treatable, but it can, unfortunately, sometimes be life-threatening and deadly,” she said. “Caucasian men over the age of 50 have the highest incidence of melanoma, but recent studies have shown that incidence of melanoma is growing at the fastest rate in women, ages 19 to 39, and we have seen this trend in our offices on St. Simons (Island) and Waycross.”

The latest data from the Centers for Disease Control and Prevention show that people who died of melanoma between 2000 and 2006 died 20 years prematurely, compared to 17 years prematurely from other cancers.

While some risk factors for skin cancer are out of a person’s control, Cavalier says the incidence is closely related to over-exposure to UV solar radiation.

“The sun is a known carcinogen. Protecting your skin from the sun is easier when you can find ways to make it part of your routine and find sunscreens tailored to your needs,” she said.

For sensitive skin, particularly in young children, Cavalier recommends mineral sunscreens that contain titanium and zinc oxide. Sport and sheer body sunscreens are most helpful for the torso, arms and legs. Remember that the head is also exposed to the sun.

“We see plenty of skin cancers in the scalp, so don’t forget hats and/or an application (of sunscreen) to scalp areas with less hair and part-lines,” Cavalier said.

Before a person goes out into the sun and begins to perspire, Cavalier says apply a generous amount of sunscreen at home. Often people don’t know how much is enough, so she explains that the amount that should be applied to an entire skin surface to achieve the Sun Protection Factor value on the bottle is one ounce, or a shot glass full.

“Once you are out at your sun-filled activity, it is easy to reapply with sunscreen sticks, sprays and lotions. Solid-stick sunscreen preparations are particularly helpful for golf and tennis players so their grip is not affected,” she said.

Reapplication following swimming is also important, but the pool or the beach aren’t the only places skin care is essential.

“Sunscreen should be applied, especially to the face and forearms, on a daily basis and should be at least be a SPF 15 in most skin types, but those who are more fair should use an SPF of 30 or higher,” Cavalier said. Most facial moisturizers and body lotions include some form of SPF.

Sunscreen isn’t the only way to take steps toward skin health.

But what should a person look for as a precancerous growth? Cavalier says know the “A,B,C,D, and E’s” — asymmetry, border, color, density and evolving size — especially when it comes to melanoma.

“Look for moles that have asymmetry, jagged borders, multiple color hues, moles bigger than a pencil eraser or a new or evolving mole,” she said. “The signs of skin cancer are mostly all visible, so people should watch their skin for non-healing areas, bumps that look like bug bites, pimples that don’t go away and rough or scaly bumps in addition to the signs for melanoma.”

While these precancerous growths can usually be treated with creams, liquid nitrogen destruction or Blu-U treatments, Cavalier says it is important for early detection to perform monthly self-exams and periodic exams with a dermatology specialist.

“We hate to inform patients that they have a melanoma, but if we can detect it in the earliest phase, then I consider the early detection a gift,” she said.

The CDC reports nearly 8,000 deaths per year are caused by melanoma.