Why Are Some People Happier Than Others? 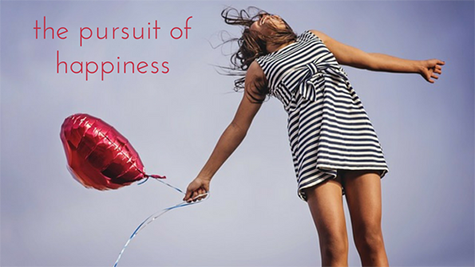 Ask 100 people what happiness means to them, and you’ll get 100 different answers.

Even Greek philosopher Aristotle knew the reason for that more than 2,300 years ago. “Happiness depends on ourselves,” he wrote in Nicomachean Ethics, published around 350 B.C. He asserted that happiness is a long-term goal—achieved throughout the course of a lifetime—rather than something that promises instant gratification.

Aristotle believed that our quest for fulfillment as human beings includes pleasure, friendship, love, our moral character and the active search for truth and justice. Such a goal requires making choices, some of which can be difficult. He further explained that there’s a “golden mean” between the extremes of excess and deficiency in life, and because one person’s mean may be another person’s extreme, happiness is relative to each individual.

It’s difficult to define just what happiness is, or if it’s even a “thing” that can be defined at all. What makes a billionaire happy might be completely different than what makes a child from a low-income home happy, or it could be the same.

In fact, a 2007 UNICEF report called An Overview of Child Well-being in Rich Countries concluded: “There is no obvious relationship between levels of child well-being and GDP per capita.”

And other studies have shown that children in developed countries spend much less time in nature than kids in developing countries, instead spending an average of 50 hours per week in front of screens (TV, computer, video game or phone)—even though it’s been proven many times over that kids who spend time outdoors are smarter, happier, more attentive and less anxious than those who stay indoors, and are more likely to become happy, productive adults.

Is Social Media Killing Our Happiness?

Some researchers naturally point to advances in technology and social media as culprits. In a 2012 Stanford University study of girls ages 8 to 12, those who reported spending a lot of time on social media admit they are “less happy and less socially comfortable” than their peers who say they spend less time looking at their screens. (However, researchers weren’t able to determine whether the girls’ relative unhappiness is what drew them to social media in the first place.)

“We have a culture that values and expects happiness,” says Peter N. Stearns, a professor of history at George Mason University and author of the book Satisfaction Not Guaranteed: Dilemmas of Progress in Modern Society (NYU, 2012). “But the commitment to happiness in Western culture is relatively modern.”

In a 2012 article for Harvard Business Review titled “The History of Happiness,” Stearns traces humans’ changing attitudes toward happiness, focusing on a “cultural commitment to happiness” in the United States that began around the 1920s and eventually led to the introduction of the song “Happy Birthday” in 1926; the Walt Disney company’s commitment to making its theme parks “The Happiest Place on Earth”; the advent of McDonald’s Happy Meals; and the 1963 phenomenon of the simple but now iconic yellow smiley face, a symbol that was plastered all over novelties like buttons, T-shirts and bumper stickers and earned more than $50 million in just a few years.

Then, in Satisfaction Not Guaranteed, Stearns tackles a difficult question: Has living in modern, urban, industrial, affluent societies made us happier or less happy? The answer seems to be simple—we enjoy many perceived advantages compared with how life was centuries ago, such as more abundant food sources, advanced health care, lower infant mortality rates and higher education levels. But it’s actually much more complex than that, he says; we are not much happier than we were before the modern age, and that supports the notion that happiness depends on ourselves and not on our circumstances.

“U.S. happiness has slipped quite a bit in international polls, even though the economy has improved,” Stearns says. “We now rank around number 17, and we used to be in the top 10. Causes seem to center on poor social support, both governmental and associational.” 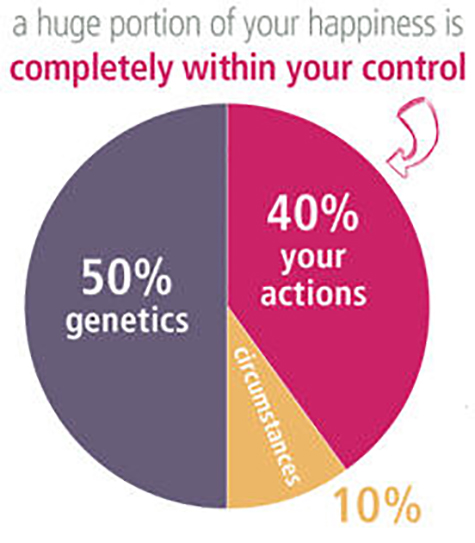 Because happiness is difficult to measure, modern studies expand on Aristotle’s work by focusing less on what happiness is and more on how happiness can be increased and sustained in our lives.

Sonja Lyubomirsky, PhD, a psychology professor at University of California–Riverside, conducts most of her research in a relatively new field called “positive psychology,” which she explains is about the positive side of life—what makes life worth living—rather than traditional psychology topics like depression, stress and how to fix things. She’s also the author of several groundbreaking books on the subject, including The How of Happiness (Penguin, 2008).

“Happiness is modern society’s holy grail,” Lyubomirsky says. “According to extensive research, most people around the world rate being happy as one of their most important life goals. I have always been struck by the capacity of some individuals to be remarkably happy even in the face of stress, trauma or adversity.”

Like Aristotle, Lyubomirsky believes that happiness is different for everyone, and her extensive research on what she terms “the architecture of sustainable happiness” has tried to answer the question: Why is that? 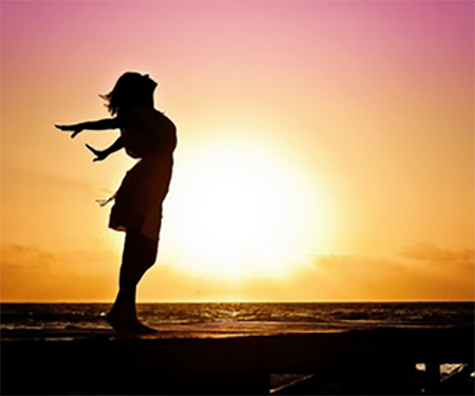 To understand the reasons, she suggests, think of happiness as being a whole pie; it’s a concept that was also explored in the 2011 documentary Happy. Approximately 50 percent of the pie is genetics; we are born with our own set point or base (like Aristotle’s golden mean) that we use when measuring how happy we feel we are. This ties into the Hedonic Treadmill theory, first written about in 1971 by psychologists Philip Brickman and Donald Campbell; it proposes that people always return to their level (set point) of happiness, regardless of what happens to them. Brickman later expanded on this theory by conducting a scientific study that compared groups of accident victims to groups of lottery winners and ultimately concluded that “happiness is relative.”

Through her research, Lyubomirsky has seen how a person’s set point comes into play when measuring happiness.

Remarkably, Lyubomirsky’s pie theory estimates that only 10 percent of our happiness is attributable to external circumstances like socioeconomic status, marital status, ethnicity, religious beliefs and age. This seems counterintuitive; people tend to assume circumstances play a much larger role in our happiness. But Lyubomirsky asserts there’s a wealth of evidence to support her conclusion, including a study showing that “Americans who earn more than $10 million per year are only slightly happier than nonwealthy office or blue-collar workers.”

That leaves 40 percent of the pie, and Lyubomirsky explains that this portion of happiness is completely under our control—our intentional daily activities and the choices we make. In other words, we can be happier if we actively work at it; there are happiness skills we can learn through practice.

“Happiness has numerous positive byproducts,” she says, “which appear to benefit not only individuals but families, communities and society as a whole.

Numerous studies have shown that people who are happy are more likely to succeed in life—in their work life, in their personal/family life and with their health. For example, happy people live longer, are more likely to find marriage partners and go on to earn higher incomes.”

How do you “get happy,” though, if you’re not? Lyubomirsky suggests taking that 40 percent of the pie—the large slice that’s completely in your own hands—and doing what she calls “Happiness Activities.” They’re all research-tested, “positive activity interventions” that you can repeat daily, for example, doing acts of kindness, nurturing your social relationships and learning to forgive those who have hurt you.

“Happiness strategies introduce you to the concept of mindful actions that you can use to achieve a happier life,” she says. “Apply them to your own life, and you will harness the promise of the 40 percent solution.”