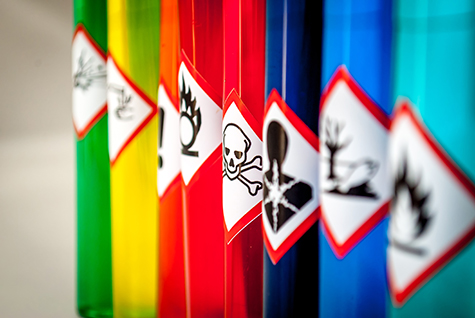 SAN FRANCISCO – Earthjustice — on behalf of the Environmental Working Group and organizations representing consumers, people from low-income communities of color, Alaska Natives, parents and teachers of children with learning disabilities, workers, and scientists — has brought two suits against the Trump administration for weakening key rules establishing how the Environmental Protection Agency will regulate toxic chemicals found in consumer products, building materials, and work places, as well as in our drinking water and food.

Specifically, the lawsuits challenge two EPA regulations that set ground rules for how EPA will prioritize chemicals for safety review and then evaluate the risks of those chemicals under the recently updated Toxic Substances Control Act. Additional information about the lawsuits is available here and here.

Earthjustice filed the complaint in federal court in San Francisco on behalf of EWG, WE ACT for Environmental Justice, Learning Disabilities Association of America, United Steelworkers, Alaska Community Action on Toxics, the Union of Concerned Scientists, Environmental Health Strategy Center and Sierra Club. The challenged rules will play a crucial role in whether EPA fulfills its mission of protecting families and workers across the country from chemical risks or allows known bad actor chemicals, like asbestos, to get a free pass.

“After Congress took bipartisan action to make desperately needed updates to our chemical safety laws, the Trump Administration has turned back the clock, leaving families and workers at risk,” said Eve Gartner, an attorney at Earthjustice. “The EPA’s newly adopted rules – overseen by a former high-level chemical industry official with head-spinning conflicts of interest – will leave children, communities and workers vulnerable to dangerous chemicals. This lawsuit is about one thing: holding the Trump EPA to the letter of the law and ensuring it fulfills its mandate to protect the public.”

In 2016, Congress overhauled TSCA for the first time in 40 years, requiring EPA to conduct comprehensive risk evaluations of chemicals without regard to cost, and with special attention to the risks posed to vulnerable populations.  Under the updated law, President Trump’s EPA has issued dramatically weakened rules governing how the EPA assesses the safety of chemical in an effort to cater to the chemical industry at the expense of public health. One of the key EPA officials charged with overseeing the drafting of the updated rules is Dr. Nancy Beck, a former high-level official in the leading chemical-industry trade association who is riddled with potential conflicts of interest.

“This administration is anti-public health,” said Melanie Benesh, EWG’s legislative attorney. “The EPA’s new rules fail to protect consumers by exempting key sources of exposure to risky chemicals. For example, 1,4-dioxane is linked to cancer and is a well-known contaminant of the personal care and cleaning products consumers use everyday. EPA has indicated it will not assess the risks from these exposures just because 1,4-dioxane is an impurity. That’s absurd. Cancer is cancer regardless of how a chemical ends up in a product. EPA’s safety determinations should take all sources of exposure into consideration. To do otherwise is completely contrary to public health and bad for consumers.”

In connection with the filing of the lawsuits, Earthjustice’s clients issued the following statements:

Dr. Adrienne Hollis, Director of Federal Policy at WE ACT for Environmental Justice said: “There is an immediate need for actions focused on preventing chemical exposures and regulating the use of chemicals.  Despite being a New York City native, what Mr. Trump may not realize is that many residents, especially tenants living in poor or substandard housing, disproportionately suffer from respiratory problems such as asthma. We need to know the risks of chemicals used in our communities because exposure often exacerbates health disparities and outcomes. Enforcement of chemical laws to keep our communities healthy should be a top priority for the EPA.”

Pamela Miller, Executive Director of Alaska Community Action on Toxics, said:  “Indigenous peoples of the Arctic are among the most highly exposed populations on earth and extremely vulnerable to health disparities associated with chemical exposures including endocrine and immune system disorders, neurodevelopmental harm, and cancers. Many persistent and toxic chemicals, including HBCD, are subject to long range transport via atmospheric and oceanic currents and concentrate in wildlife and people of the north. EPA has a clear obligation to protect the health of vulnerable populations, including Alaska Native people who rely on the land and sea for their sustenance and culture. Chemical corporations cannot be allowed to continue violating the health, human rights, and integrity of our northern and Arctic communities.”

Patricia Lillie, President of the Learning Disabilities Association of America, said: “We need EPA to fulfill its responsibility under the revised TSCA to regulate toxic chemicals in ways that are especially protective of children’s vulnerable developing brains and bodies. These rules do not accomplish that purpose. The rules give EPA authority to choose to ignore chemical uses that could result in prenatal and children’s exposures to chemicals that are linked to learning and developmental disabilities.”

Michael Wright, Director of Health, Safety and Environment for the United Steelworkers, said: “Our union has fought for decades to control harmful worker exposures to chemicals. Since Congress updated TSCA, we continue to hold EPA accountable and ensure that strong regulations protect workers from occupational disease caused by chemical exposures.”

Dr. Andrew Rosenberg, Director, Center for Science and Democracy, Union of Concerned Scientists, said: “The EPA’s mission is to protect people and the environment, and its decisions need to be based on the public good and the best available science, not on special interest lobbyists. The EPA’s new rules simply don’t meet this standard. They were written by an appointee picked straight from the heart of the chemical industry and reflect efforts of some companies to undermine the science that keeps us safe.”

Mike Belliveau, Executive Director of the Environmental Health Strategy Center, said: “Obviously, it’s total exposure to a chemical, from all sources combined, that most endangers the health of pregnant women, children, and workers. Yet, the Trump EPA deliberately bypassed the law’s clear requirement that safety assessments be based on ALL uses of a chemical. By allowing some or even most chemical uses to be ignored, the EPA proposes to do the very thing the new law was intended to halt: allow the chemical industry to continue to produce and sell toxic chemicals that pose unacceptable risks to human health.”

Marta Darby, Attorney for Sierra Club, said: “It has become clear the Trump Administration will do whatever it takes to work on behalf of big polluters and the chemical industry to gut the laws that keep our families safe. Now, they want to weaken laws that keep toxic chemicals away from our kids and put a chemical industry official in charge of enforcing them. That is a recipe for disaster, and we intend to hold the Administration accountable with this lawsuit.”