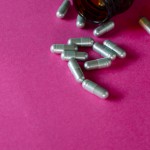 The results of a large cohort study and updated meta-analyses, published on May 6, 2015 in the American Journal of Clinical Nutrition, add evidence to a protective effect for magnesium and potassium against the risk of stroke in women.

For the prospective cohort study, Harvard researchers evaluated data from 86,149 women enrolled in the Nurses’ Health Study I (NHS I) and 94,715 participants in the NHS II. Dietary questionnaires completed by NHS I participants in 1980, 1984, 1986 and every four years thereafter, and in 1991 and every four years thereafter in the NHS II were analyzed for the intake of calcium, magnesium and potassium from food and supplements. Over 30 years of NHS I follow-up and 22 years of NHS II follow up, 3,780 strokes occurred.

Among women whose intake of magnesium from food and supplements was among the highest 20% of all participants, the risk of stroke was 13% lower than subjects in the lowest 20%. For potassium, the risk was 11% lower among the top 20%. No significant association was observed between calcium intake and stroke risk. Among those whose combined intake of calcium, magnesium and potassium was among the top 20%, stroke risk was 19% less than the lowest group.

The authors conclude that their findings support recommendations of the Dietary Approaches to Stop Hypertension, Optimal Macronutrient Intake Trial to Prevent Heart Disease, and Mediterranean diets, which promote greater intake of the minerals.