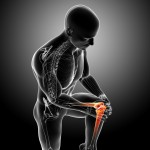 This is why it’s so important to stay active as we age, as this can preserve bone mass and strength. We also need to obtain adequate amounts of calcium, magnesium, and vitamins D and K2 through diet and supplementation.

For many aging people, however, this still isn’t enough. Bone loss continues despite all their efforts. This means that a lot of people end up taking prescription drugs called bisphosphonates. Unfortunately, although these drugs are effective at increasing bone density (but not necessarily bone strength), they also come bundled with a host of side effects. So what else can we do?

This is where melatonin comes into play. Yes, that’s correct … melatonin! The “sleep hormone” also protects our bones. This was first discovered in animal studies that showed melatonin’s potential effects as a bone mass regulator.

But these earlier studies were not done on older animals — in terms of bone health, older animals, including humans, is really the population we’re most interested in studying. Well, researchers have finally put melatonin to test with the appropriate population … in rats at least.

The aim of the study was to assess the effects of melatonin supplementation on bone mass and volume. Twenty 22-month-old male Wistar rats (that’s old for Wistar rats) were divided into two randomly assigned groups.

The first group was treated for 10 weeks with melatonin, whereas the second group was left untreated. Rat femurs were collected and analyzed.

These compelling results are the first evidence indicating that melatonin supplements are able to exert beneficial effects against age-related bone loss in old rats, improving the structure and biomechanical properties of aged bones.

Who knows? Perhaps humans can reap the bone benefits too. Only time will tell!