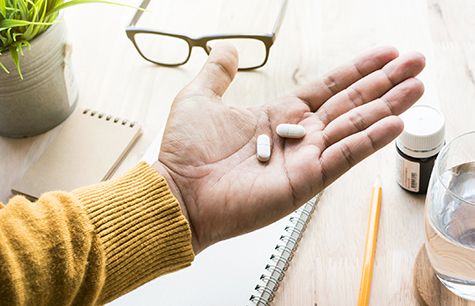 “Aspirin, one of the most widely-used medications in the world, activates peroxisome proliferator-activated receptor alpha (PPAR alpha) to upregulate TFEB and increase lysosomal biogenesis in brain cells,” they write.

In the brains of male and female Alzheimer’s mice, orally administered aspirin reduced amyloid plaque pathology. “Understanding how plaques are cleared is important to developing effective drugs that stop the progression of Alzheimer’s disease,” noted Dr Pahan, who is the Floyd A. Davis, MD, Endowed Chair of Neurology and professor of neurological sciences, biochemistry and pharmacology at Rush Medical College. “The results of our study identifies a possible new role for one of the most widely used, common, over-the-counter medications in the world.”

“This research study adds another potential benefit to aspirin’s already established uses for pain relief and for the treatment of cardiovascular diseases,” Dr Pahan added. “More research needs to be completed, but the findings of our study have major potential implications for the therapeutic use of aspirin in Alzheimer’s disease and other dementia-related illnesses.”