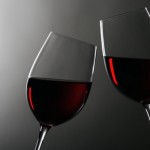 Scientific opinion has flip-flopped on the issue of alcohol consumption. While various religious groups – some of them known for their health and longevity – prohibit its use, other people are convinced of the benefits of alcohol, especially when it comes to wine.

The “French Paradox” has become a cliché in regard to the relative healthiness and low risk of cardiovascular disease experienced by a population that consumes a significant amount of fat but drinks wine in moderation.

However, it may be wishful thinking to attribute the health of the French to wine alone, as there are other French lifestyle factors that may be more protective, including smaller food portions.

In July 2014 an analysis of 380,395 men and women found an increased risk of death over an average of 13-year period among heavy drinkers compared to moderate drinkers who consumed 0.1 to 4.9 grams of alcohol per day.

However, moderate drinkers had a lower risk of death compared with those who reported no drinking at all.

A study of 128,934 Californians found a relationship between more frequent wine drinking and a lower death risk over a 20-year period, which was strongest for deaths from respiratory causes and heart disease.

Wine, particularly the red variety, contains polyphenols that may be responsible for its cardiovascular benefits.

In a study involving rats given a standard diet and one that was high in cholesterol, researchers evaluated the effects of alcohol-free red wine for five months.

While animals on the high cholesterol diet experienced an increased risk for blood clots, these effects were almost completely reversed by the addition of alcohol-free red wine.

The authors of the article concluded that wine rather than alcohol may be able to prevent blood clots associated with high cholesterol levels.

And in a study of 67 men at high cardiovascular risk, alcohol-free red wine was shown to decrease blood pressure.

If research confirms that it is the compounds found in grapes that confer the health benefits associated with wine, those who must avoid alcohol have the option of consuming grape juice or polyphenol supplements.

Although wine in moderation could be associated with better health and longevity, it is not advised for individuals with alcoholism or liver disease.

For women, consuming more than one or two alcoholic beverages per day is associated with an increased risk of breast cancer.

If you choose to drink wine, please do so safely and in moderation!