How To Be Your Own Herbalist 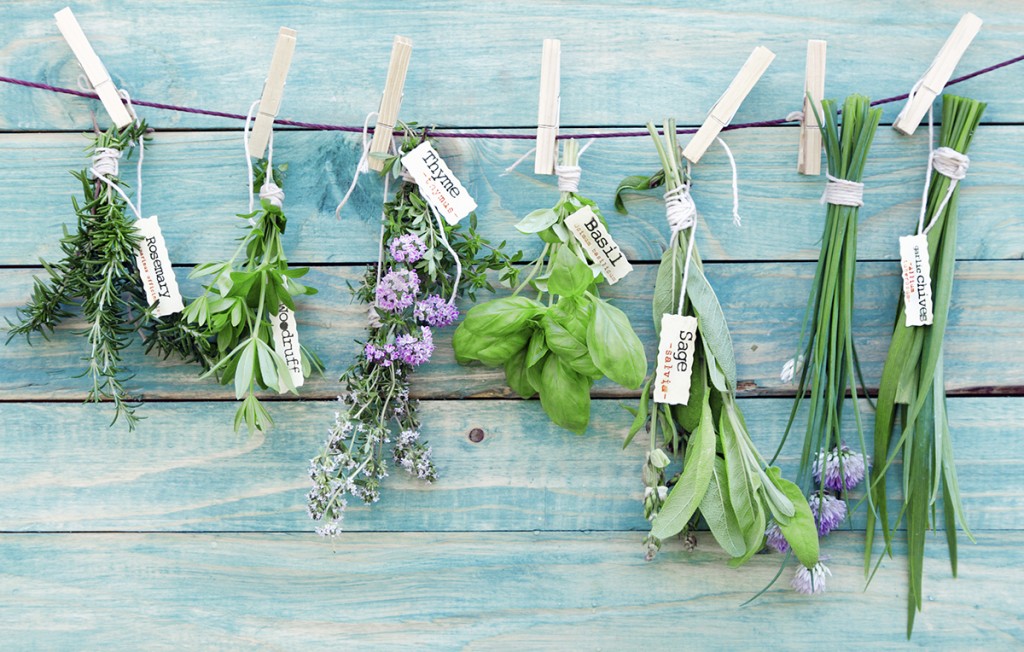 Herbs don’t have television or magazine ads touting their benefits and yet, in many instances, they perform just as well as(and sometimes better than) the pharmaceuticals we constantly hear and read about. Michelle Schoffro Cook, PhD, DNM,  who is an herbalist and the bestselling author of The 4-Week Ultimate Body Detox Plan, agrees. In her new book, Be Your Own Herbalist: Essential Herbs for Health, Beauty, and Cooking,  she has compiled a complete guide to 31 common and easy-to-grow herbs, and includes ways to incorporate them into your daily life. 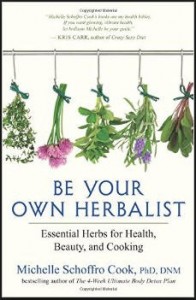 While pharmaceuticals can be life saving, neglected herbal remedies can be equally life-enhancing. Cook knows this from 25 years of personal health experience, advanced nutrition study, and work with thousands of sufferers.

Her journey began several years after she was diagnosed with a rare genetic disease. After years of suffering, Cook realized that the medication she had been prescribed was killing her.  She found herself full of grief and hopelessness until one day, when she was sitting on a park bench, she noticed some herbs growing in the grass around her. She wondered if Mother Nature might provide some relief for her illness and began doing her homework. 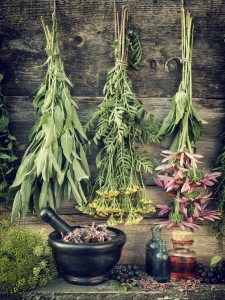 As another example, Cook says that the much-hated dandelion purifies the blood and kidneys and may even help fight cancer.

In her new book, Cook shares scientific discoveries about the usefulness of herbs and offers more than one hundred easy ways to use them in delicious recipes, healing teas, and soothing body treatments. You’ll discover ways to delight body and mind as you incorporate Mother Nature’s medicines into daily life, where they nurture and protect.

Here is an excerpt from her book that offers information on lavender:

A BRIEF HISTORY OF LAVENDER
Lavender has been in use for at least 2,500 years. It was used for mummification and perfumery by the ancient Egyptians, Phoenicians, and Arabs. The Romans are also believed to have used lavender for cooking, bathing, and scenting the air.

USING LAVENDER
Anxiety- and Depression-Alleviating Tea
In a recent study comparing the effects of a medication for depression to drinking tea made from lavender flowers, scientists found that the lavender was slightly more effective than the antidepressant drugs. They concluded that lavender might be used as an adjunct to antidepressants or on its own to assist with symptoms of depression. Study participants drank two cups of a lavender infusion daily.

Insomnia Remedy
Due to its relaxing and antianxiety compounds, lavender is an excellent insomnia remedy. British hospitals have reportedly used lavender essential oil in patients’ baths or sprinkled onto bedclothes to help them sleep. 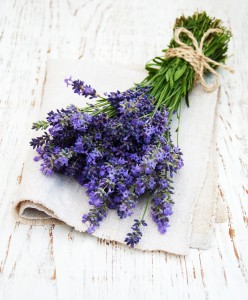 PMS Relief
A new study published in the journal BioPsychoSocial Medicine found that inhaling the scent of lavender for ten minutes had a significant effect on the nervous system of women suffering from premenstrual symptoms. It especially decreased feelings of depression and confusion.

You’ll discover ways to delight body and mind as you incorporate Mother Nature’s medicine into your daily life, where they nurture and protect. In a world full of health trends, it can be difficult to sort out what is what. Going back to basics and looking at what has healed people time and again throughout history and across a multitude of indigenous cultures brings tried-and tested validity. There is an important place for both herbal and modern medicine in the world. In this book, Dr. Cook clearly demonstrates the complementary nature of plants as health allies.