How DHA Helps the Brain 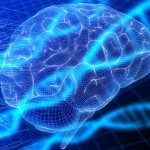 In an article published online on June 20, 2012 in the journal Applied Physiology, Nutrition, and Metabolism, researchers at the University of Alberta in Edmonton provide an explanation for the ability of the omega-3 fatty acid docosahexaenoic acid (DHA, found in oily fish and algae) to support memory.

A team led by Yves Sauve, who is a member of the University of Alberta’s Faculty of Medicine & Dentistry, divided ten mice to receive a diet supplemented with DHA or an unsupplemented diet.  Animals that received DHA-enhanced diets were found to have a 29 percent higher level of DHA in the brain’s hippocampus region—which is involved in memory–compared to the control group.  Higher DHA levels were associated with increased synaptic transmission in the hippocampus following brief stimulation.  “This increase in synaptic transmission might provide a physiological correlation for the improved spatial learning and memory observed following DHA supplementation,” the authors conclude.

“We wanted to find out how fish intake improves memory,” explained Dr Sauve, who works in the University’s department of physiology, the department of ophthalmology and the Centre for Neuroscience. “What we discovered is that memory cells in the hippocampus could communicate better with each other and better relay messages when DHA levels in that region of the brain were higher. This could explain why memory improves on a high-DHA diet.”

He added that supplementing your diet with DHA, either by increasing fish intake or by consuming omega-3 supplements, may help protect against reduced brain DHA levels as we age.