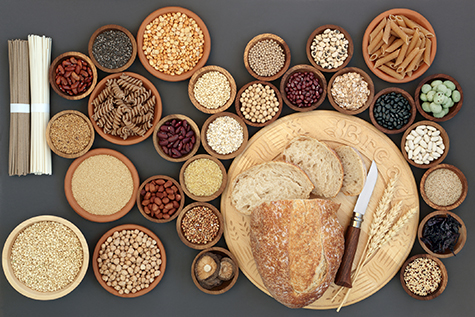 Fiber up, blood pressure down

“You are what you eat” is an old saying originally penned in 1826 by the gastronomic food-wizard Anthelme Brillat-Savarin in his essay on the physiology of gout. He wrote, “Dis-moi ce que tu manges, je te dirai ce que tu es” [Tell me what you eat, and I will tell you what you are]. The same could be said for the trillions of bacteria in your guts: You are what they eat.

Researchers have known for a while that the gut biome needs to be fed soluble fiber found in grains, veggies and fruits for heart health. Now they may know (we’d like to see two more human studies) that your biome also needs insoluble fiber; it adds bulk to the stool and helps food pass more quickly through the stomach and intestines, helping to protect your heart from any effects of high blood pressure.

The bacteria that gobble up insoluble fiber produce a fatty acid called propionate. According to a study in the journal Circulation, this (at least in mice) reduces cardio problems associated with high blood pressure such as abnormal enlargement of the heart, an irregular heartbeat and atherosclerosis.

Insoluble fiber comes from eating foods such as beans, 100 percent whole wheat or bran products, green beans, potatoes, cauliflower and nuts. So, if you have high blood pressure (75 million Americans do) feed the little guys insoluble fiber — and you may get unbelievably big rewards. Not only may insoluble fiber protect your cardio system, it’s part of a brain-boosting diet as well! 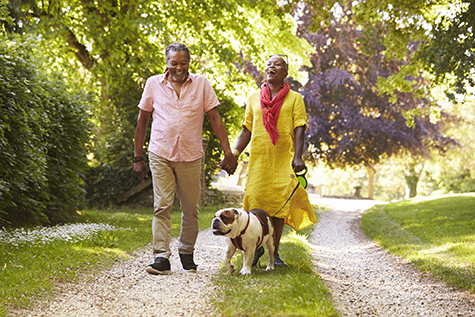 “You can’t separate the mind and body,” Jack LaLanne once told USA Today. The Godfather of Modern Fitness, he lived to be 96 and learned early in life that exercise (combined with proper nutrition) could give your body and mind a significantly younger RealAge. In his heyday, critics called LaLanne a nut and a charlatan, but it turns out he was right.

While this wasn’t a big/major study, it echoes the findings of another study out of the University of Texas Southwestern Medical Center that suggested physical fitness is associated with stronger neuron fibers and better executive function in folks with mild cognitive impairment. Other research also has found that aerobic exercise increases the volume of the hippocampus, the brain region responsible for memory. 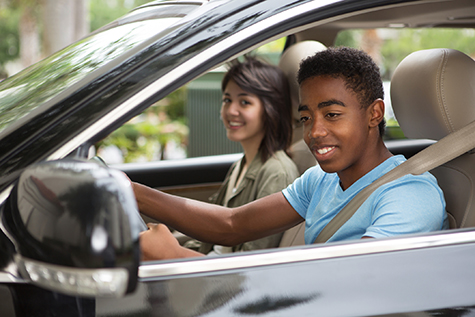 In the 1950 driver’s education film, “Last Date,” actor Dick York plays Nick, a bad boy who drives recklessly. A peer warns Nick that he’s destined to commit “teenicide,” defined in the film as “the fine art of killing yourself, and maybe someone else, with an automobile before you reach the age of 20.” Predictably, a subsequent joyride ends with Nick dead and his date Jeanne disfigured for life.

Nearly 70 years later, teens are going on fewer formal dates, but vehicular accidents are still a leading cause of death, according to study published in the New England Journal of Medicine. In 2016, more than 4,000 U.S.children and adolescents were killed in car crashes — almost 11 a day. And teen drivers are nearly three times more likely than older drivers to be in a fatal crash.

That doesn’t mean teens shouldn’t drive, but they need the tools to do so safely. Research shows that when parents and teens talk about rules for safe driving and come to a formal verbal or written agreement, it reduces risky driving behaviors. Other important steps:

Set a good example. Teens who have seen their parents drink and drive are three times more likely to follow in their footsteps. n Limit the number of passengers in the car while your teen (up to age 18) is driving. Your state may have graduated driver licensing (go to www.ghsa.org to find out). But if not, make your own law: One other teen passenger, max. No driving after 9 p.m. 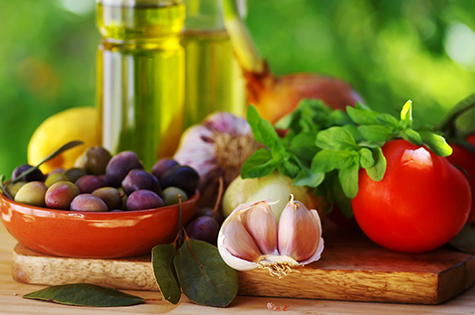 Statins need your help to do their job

When Egyptian Mohamed ElShorbagy became the No. 1 squash player in the world this year, did his lifelong Mediterranean diet give him an edge? We’re betting it did. The plant-centric, fiber-rich diet that includes healthy oils, legumes, cereals, fish, lean proteins and not much meat or dairy provides what you need to have a healthy heart and very agile muscles and bones.

But you don’t have to be a competitive athlete to reap the amazing benefits of the Mediterranean diet. If you have had a heart attack or stroke and are taking a statin to help lower your lousy LDL cholesterol level and avoid a future blockage or clot, the Med diet can help save your life.

If that’s you, cut it out and listen up! In a new study in the International Journal of Cardiology, Italian researchers found that combining statins and a Mediterranean diet reduces bodywide inflammation big time. That’s good news if you’ve previously had a cardiovascular event because if you’ve got a lot of inflammation, your risk of premature death doubles!

So, squash that impulse to rely on your statin to provide complete protection from another heart attack or stroke. It can’t do it alone. You need to upgrade your diet to downgrade your risk.