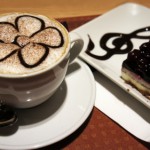 Dear Sean,
I drink about a dozen Mountain Dews during every shift…it’s my one addiction and I know it’s not healthy but I just can’t shake it. What do you recommend to wean myself?
– Love My Caffeine
Dear Caffeine,
Walk onto any workplace and ask, “Who here consumes caffeine? Anyone? Anyone?” (I’d be the first to raise my hand).
Let’s briefly take a look at caffeine use among nurses:

According to a 2010 survey commissioned jointly by Dunkin’ Donuts and CareerBuilder®, nurses rank #1 among the nation’s professionals “with the highest proportion of workers stating they are less productive without coffee”:

How coffee is used in the workplace

The press release also provided some intriguing details about the way coffee is used by professionals in the workplace:

How to kick the habit

Now I ask, “Who here admits to being addicted to caffeine?” (I bet you’re met with silence. I’ll just guess that no one is fessing up).

If you think there’s a chance you may be addicted to caffeine, first of all, congrats for having the fortitude to be honest with yourself. You’ve admitted to a potentially dangerous addiction and in the long run you’ll be glad you took the time to seek the information you needed to improve your well-being.

So once we figure out we are addicted to our caffeinated product (mine is coffee), how do we kick the habit?

First of all, don’t try quitting ‘cold turkey.’ Stopping your possibly excessive consumption of caffeine is only going to make you want to drink more. In fact, it will make you miserable. There is such a thing as caffeine withdrawal. Heck, anyone who consumes caffeine and has had surgery has experienced this first hand:

Don’t forget, caffeine is in more than just your coffee. It’s in just about every drink concoction out there! Check the label, check the ingredients. Just off the top of my head it’s found in coffee, tea, soft drinks, energy drinks, chocolate milk, most other chocolate containing products, some flavored water products. It’s also in some medications you take – No Doz, Vivarin, Anacin, Excedrin. Be careful.

I guess we all should re-evaluate what we drink and eat, huh?

As a former ‘addict’ and current excessive consumer here’s how I would approach this animal. You have two choices. Either consciously or unconsciously start to ‘wean’ yourself off your total dosage. You need to do it in small increments. The other decision you have to make is, are you eliminating it completely from your lifestyle? Or are you just getting rid of the dependency?

Be honest with yourself: Start taking stock of how much caffeine you are really consuming. Keep a journal or a running total of how much caffeine you consume. Start small, really small. Try either cutting back on the number of servings you have, or try to ‘dilute’ the dosage (dilute the strength of your coffee – water it down some). Do this over a long period of time. Start by decreasing your total consumption by 10% / week. Once you have a handle on that and you aren’t feeling any of the ill-effects of withdrawal, knock down another 10%.

Always be sure that you are feeling well, and not having withdrawal symptoms before you take the next step.

Try substitutes. Instead of drinking that cup of caffeinated coffee, try half a cup of decaf mixed with half a cup of regular. If you have to ‘doctor’ up the taste. While you may gain a few more calories with the flavor, you’ll benefit with kickin’ this habit in the end.

I for one had to ‘trick’ myself. I had to subtly start to cut back on the amount of coffee I mixed. I also started to use a non-labeled container. This way my mind did not know what the heck I was preparing -was it decaf or regular? (Yes this means you actually have to buy decaf!)

Have friends and family help. Get them to start making the ‘switch’ without you knowing. Once again this all has to be done gradually.

Here are some other ways to attain the benefits of caffeine without actually consuming the dastardly substance:

Eat an apple when drowsy. The apple gives you the carbs your body needs and desires over a longer period of time without the ‘drop off’ or ‘crashing’ effect that caffeine has. Besides, you know what they say about an apple a day.

Get your blood pumping. Go for a brisk walk, take the stairs, walk a few laps around your building. You’d be surprised how ‘awake’ you will feel once you excite those muscles, increase the air in your lungs and get your heart pumping a ‘lil bit faster

Last but not least, a lot of the addiction to caffeine is in the ritual and the taste. The ritual of having that hot cup o’ joe, or that cold soft drink, or holding onto the can of your favorite energy drink has a way of playing tricks on your psyche. Just by seeing or smelling that favorite product of yours convinces you that it’s ‘waking’ you up or ‘energizing’ you – when it most cases it’s doing none of the above. If you are like most, your tolerance for caffeine is so high that you would have to consume almost double what you normally consume to get that ‘jolt’ you so readily desire and think you are getting.

In the end, no one can get you to kick the habit but you. Caffeine is a dangerous and life-altering product. Be honest and be careful.