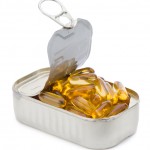 Triglyceride lipid emulsions rich in an omega-3 fatty acid injected within a few hours of an ischemic stroke can decrease the amount of damaged brain tissue by 50 percent or more in mice, according to a new study.

The results obtained by researchers at Columbia University Medical Centre suggest that the emulsions may be able to reduce some of the long-term neurological and behavioral problems seen in human survivors of neonatal stroke and possibly of adult stroke, as well.

Currently, clot-busting tPA (recombinant tissue-type plasminogen activator) is the only treatment shown to improve recovery from ischemic stroke. If administered soon after stroke onset, the drug can restore blood flow to the brain but may not prevent injured, but potentially salvageable, neurons from dying.

Drugs with neuroprotective qualities that can prevent the death of brain cells damaged by stroke are needed, but even after 30 years of research and more than 1000 agents tested in animals, no neuroprotectant has been found effective in people.

Omega-3 fatty acids, commonly found in marine and plant oils, may have more potential as neuroprotectants because they affect multiple biochemical processes in the brain that are disturbed by stroke, said the study`s senior author, Richard Deckelbaum, MD, director of theInstitute of Human Nutrition at Columbia`s College of Physicians and Surgeons.

“The findings also may be applicable to other causes of ischemic brain injury in newborns and adults,” added co-investigator Vadim S. Ten, MD, PhD, an associate professor of pediatrics from the Department of Pediatrics at Columbia.

The effects of the omega-3 fatty acids include increasing the production of natural neuroprotectants in the brain, reducing inflammation and cell death, and activating genes that may protect brain cells. Omega-3 fatty acids also markedly reduce the release of harmful oxidants into the brain after stroke.

“In most clinical trials in the past, the compounds tested affected only one pathway. Omega-3 fatty acids, in contrast, are very bioactive molecules that target multiple mechanisms involved in brain death after stroke,” Dr. Deckelbaum said.

The study revealed that an emulsion containing only DHA (docosahexaenoic acid), but not EPA(eicosapentaenoic acid), in a triglyceride molecule reduced the area of dead brain tissue by about 50 percent or more even when administered up to two hours after the stroke.

Dr. Deckelbaum noted, “Since mice have a much faster metabolism than humans, longer windows of time for therapeutic effect after stroke are likely in humans.”

Eight weeks after the stroke, much of the “saved” mouse brain tissue was still healthy, and no toxic effects were detected.

Studies are currently under way to test the emulsion in older mice and in mice with different types of stroke. The researchers are also conducting additional studies to identify more precisely how the omega-3 emulsion works and to optimize the emulsion in order to improve functional recovery after stroke.

After animal studies on dosages and timing, and if the emulsions continue to show promising results, Dr. Deckelbaum said, clinical trials could begin quickly, as such emulsions have already been shown to be safe in people.

The findings have been published in the journal PLoS One.