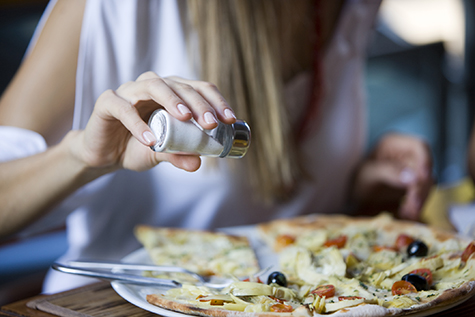 I recently had an over 55-aged female patient get a disabling femur (thigh bone) fracture. I was surprised as her recent bone scans showed that she had good bone density for her age.  Yet, I learned later that she also had a high salt intake in her diet and this can spell trouble for older men and women, particularly post menopausal ladies.

I was recently surprised to learn that research has proven that post menopausal women are at greater risk for a disabling fracture if they have excessive salt in their diets – even if they previously had good bone density! These are the unhappy results of a new study out of Japan presented recently at the 95th Annual Meeting of the Endocrine Society in San Francisco.

Specifically, the study revealed that women who eat higher salt diets are at 4 times the risk of suffering a nonvertebral fracture, like that of the hip, or fracture of any other bone besides the spinal bones.  Fractures of the hip especially can cause significant disability – even death.  Apparently, excessive sodium intake puts women at greater risk for bone fragility which can destroy bone mineral density. The researchers said that their findings have led them to believe that a nutrition/dietary approach to treating osteoporosis should also be implemented along with medications and exercise. 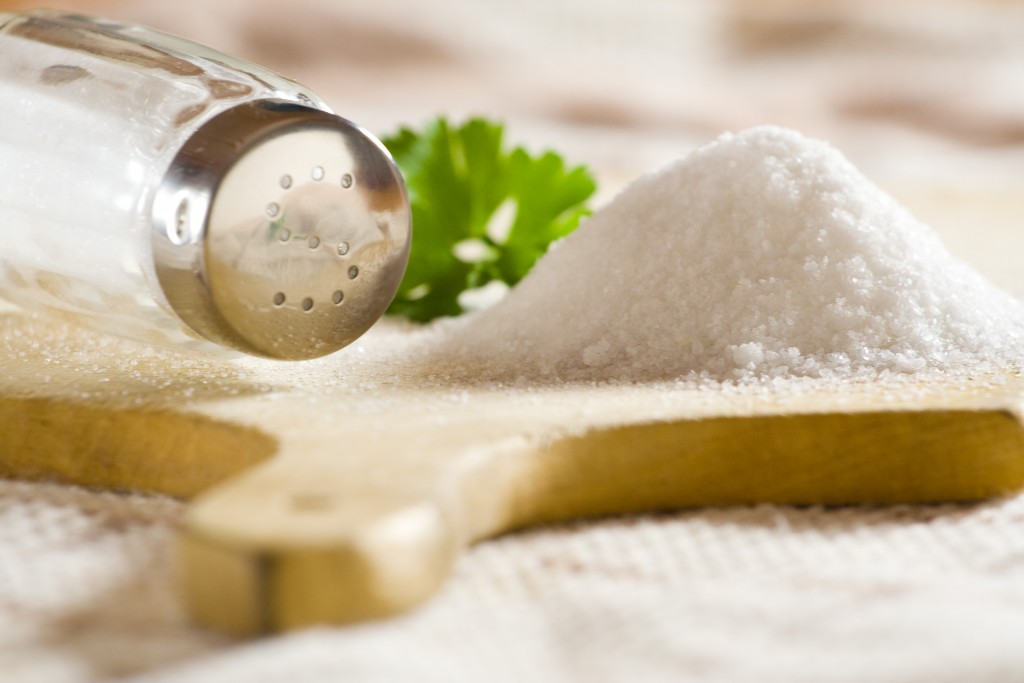 In the women studied, participants had salt intakes between 5,000 to 7,500 mg of salt per day.  This is the equivalent of 7 McDonald’s double cheeseburgers.  The women were found to be at 4 times higher risk for suffering a non-spinal bone fracture, independent of vitamin D intake, balance or muscle strength.  The groups studied with lower sodium intakes were not found to have increased risk of fracture.

On average, Japanese women have higher intakes of sodium than American women, the study revealed.  American women were found to average about 3,400 mg of sodium per day – a level I would consider twice as much as is healthy. In fact, Dietary Guidelines for Americans recommends that people over 51 get no more than 1,500 grams of sodium per day, yet the Institute of Medicine has not recommended that Americans lower their sodium intakes to that amount.

Shake the Salt Habit and Save Your Bones

I know it’s tough with our American diets to avoid getting too much salt in your diet.  Don’t be fooled into thinking that Sea Salt is a “healthy” alternative to regular salt.  Salt is salt.  There are some ways you can cut down on your salt intake though.  Here are some suggestions:

1.  Use herbs and spices to flavor your food instead of salt.  Try marjoram, onion/garlic powder, rosemary, sage, or just black pepper on your eggs or meats.

2.  Buy products such as Mrs. Dash in several different herb/spice mix flavors at your grocery.

3.  Use salt-free alternatives like No-Salt that uses potassium chloride instead of sodium chloride (salt).

5.  Buy sodium reduced soups, or make your own.  Canned soups are very high in sodium.

6.  Soy sauce, though salty tasting, has less sodium than table salt. You can further reduce the salt in it by using “lite” versions.

7.  Fresh squeezed lemon, or lime juice, helps take the place of salt on foods like fish and some meats.

8.  Ground sunflower seeds make a good salt alternative.  You can finely grind them in a blender and then put them in a container with a shaker top to add to your food whenever you want a saltier taste.

9.  Use powdered chicken broth for a little salty flavor on eggs, cottage cheese, or fish.

Like my patient who broke her femur bone recently, don’t be lulled into a false sense of security with good bone density reports if you’re also eating a high salt diet.  Besides deteriorating your bone mineral density, too much salt can also cause water retention which makes your face and whole body puffy, as well as raise your blood pressure significantly and put you at higher risk for kidney and/or heart disease.  When you think of all the damage it can do, it becomes obvious that all that excess salt is surely not worth your poor health.