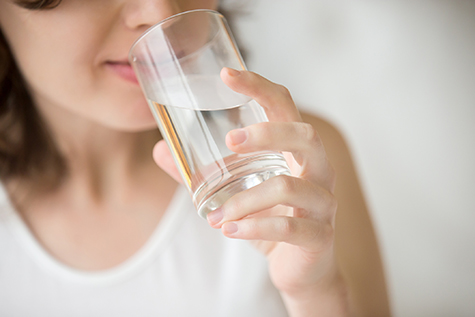 WASHINGTON – In the face of opposition by the power industry, Environmental Protection Agency chief Scott Pruitt is planning to scrap an Obama-era rule to curb discharges of lead, arsenic and mercury from power plants into sources of drinking water. EWG condemned the move as one more special favor from Pruitt to polluters at the expense of public health.

The rule, finalized in 2015, would have kept an estimated 1.4 billion pounds of contaminated wastewater from coal-fired and natural gas power plants out of drinking water sources. The rule was immediately opposed by the power industry, which filed a lawsuit claiming it would be too burdensome.

On Friday, Pruitt informed opponents of the water protection plan that the EPA would begin the process of amending the rule to allay industry’s complaint that compliance would cost them too much money. A coalition of electrical utilities called the Utility Water Act Group petitioned the EPA in April to set aside and revise the rule.

Lead and mercury are highly potent neurotoxins that can cause serious, irreversible brain and nervous system damage in children. Arsenic is a known carcinogen and a common drinking water contaminant.

“Frankly, I’m losing count of the number of actions by Administrator Pruitt that will put the lives of millions of American children at greater risk,” said EWG President Ken Cook. “But I can quickly add up what the cost is to polluters for dumping toxic chemicals into our water in the era of Scott Pruitt and Donald Trump: zero.”

Almost 19,000 public water systems in all 50 states had at least one detection of lead above the level at which a formula-fed baby is at risk. But because lead tests are conducted differently by utilities, it is difficult to pinpoint exactly how many people are likely being served water contaminated with the heavy metal.

Consumers can find out more about potential lead threats in their water by visiting their utility pages in the database.