Diabetes of the Brain 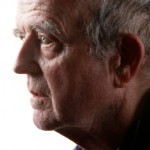 The scariest part of Alzheimer’s Disease is that doctors still don’t quite fully understand it. However, it’s effect on the brain is quite clear. Alzheimer’s disease damages and kills brain cells. A brain affected by Alzheimer’s disease has many fewer cells and many fewer connections among surviving cells than does a healthy brain. The disease gets worse as it develops – it is a progressive disease that will eventually lead to death.  According to the National Institute on Aging, there are estimated to be between 2.4 million and 4.5 million Americans who have Alzheimer’s.

In contrast, diabetes is an awful disease, but at least we have a fairly good handle on what we can do to prevent it. Sure, the estimate by the federal Centers for Disease Control and Prevention that one in three Americans will have diabetes within the next 35 years is a scary statistic, but also one that the public health world hopes to change.

And now, some scientists are conjecturing that if we can prevent diabetes, we may also be able to prevent Alzheimer’s disease.

Recently, scientists have found clues indicating that over time, brain cells may learn to ignore insulin, just as other body cells do when inundated with sugary or overly processed diets. Medical professionals call this insulin resistance, and it’s often a precursor to Type 2 diabetes, formerly called adult-onset diabetes. When the brain cells ignore insulin, the glucose that fuels them can’t get in and the cells die. Dr. Suzanne de la Monte, a professor and neuropathologist at BrownUniversity, takes this idea a step further, proposing that “in many respects, Alzheimer’s disease is a brain form of diabetes.”

The fact that Alzheimer’s can be associated with low levels of insulin in the brain is the reason why increasing numbers of researchers have taken to calling it Type 3 diabetes, or diabetes of the brain…We also already know that people with diabetes are at least twice as likely to get Alzheimer’s, and that obesity alone increases the risk of impaired brain function.  What’s new is the thought that while diabetes doesn’t ’cause’ Alzheimer’s, they have the same root: an over-consumption of those “foods” that mess with insulin’s many roles. (Genetics have an effect on susceptibility, as they appear to with all environmental diseases.) ‘Sugar is clearly implicated,” says Dr. de la Monte, “but there could be other factors as well, including nitrates in food.’

We know for sure that the brain shares a lot in common with the rest of the body. Both need exercise. To keep an aging mind agile, research suggests that we follow the “use it or lose it” rule, keeping physically and mentally active by exercising regularly and working our minds with crossword puzzles, Sudoku and the like. Social support and getting hitched also seem to play a role in staving off Alzheimer’s disease.

The Environmental Working Group understands the important role that food plays in our health and the health of the environment, and they have demonstrated that eating well doesn’t have to break the bank with the recent shopping guide, Good Food on a Tight Budget. It shows just how delicious, nutritious and affordable a back-to-basics-style of eating can be, one that encourages fruits and vegetables, less and better meat and dairy and whole foods.

You can help a person cope with the disease by being there to listen, reassuring the person that life can still be enjoyed, providing support, and doing your best to help the person retain dignity and self-respect.