California Doing Its Part To Test Children for Lead 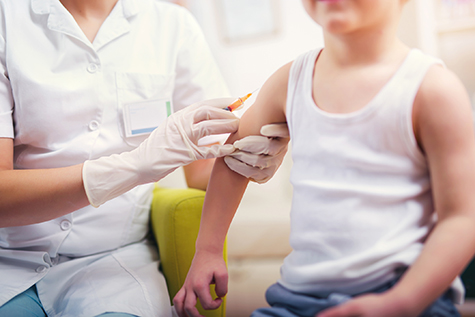 SACRAMENTO, Calif. – California lawmakers unanimously approved sweeping legislation today that could mean hundreds of thousands more at-risk children would be tested for lead poisoning each year. The legislation would bring major improvements to a long-struggling program that researchers estimate fails to identify almost two-thirds of lead-poisoned children in the state.

AB 1316, by Assembly Members Bill Quirk, D-Hayward, and Cristina Garcia, D-Bell Gardens, requires the Department of Public Health to revise regulations for when doctors test children’s blood for lead exposure. In writing the new rules, the department must for the first time consider various factors – such as proximity to lead smelters or freeways, or drinking from lead-contaminated plumbing – that could expose the child to the potent neurotoxin.

The Oakland-based Public Health Institute estimates that between 1999 and 2010 the department’s Childhood Lead Poisoning Prevention Program identified only 37 percent of lead-poisoned children in the state.  Federal and state laws require that all children enrolled in Medi-Cal and other public assistance programs be tested for lead poisoning at 12 and 24 months, but the program has consistently failed to meet that mandate. If Gov. Jerry Brown signs the bill into law, the department says up to 300,000 more children could be tested each year.

“As a scientist, I spent most of my career working to safeguard the public’s health and safety, locally and globally,” said Assemblyman Quirk, who formerly worked for NASA and the Lawrence Livermore National Laboratory. “As an assembly member, I have the opportunity to do the same. AB 1316 will go a long way in protecting our most precious treasure, our children, from lead contamination.

“The current screening process is outdated and leaves many children vulnerable to lead poisoning,” Quirk added. “Legacy lead in paint, plumbing, contaminated soil and water sources means that children are still exposed to this toxic metal. I am thrilled at the overwhelming support this bill has received from my colleagues in the Assembly and Senate. Further, I am thankful to the many organizations that have advocated for this bill. There is no safe exposure to lead.”

The bill also requires the department to reach defined goals toward understanding and reducing high lead exposure in children, give the public more information about the department’s progress in meeting those goals, and expand the department’s data management system to support better analyses and case management of lead-poisoned kids. EWG was the lead sponsor of the bill and has worked with many other public interest organizations to advance the measure through the legislature.

“Assembly members Quirk and Garcia and other lawmakers have stepped up to protect California kids who are the most vulnerable to lead poisoning,” said Susan Little, senior advocate for EWG in California. “Far too many kids are poisoned with lead, and for decades the state has fallen woefully short of its responsibility to identify, test, and if needed, treat them.

“The final step in addressing this public health crisis lies with Gov. Brown,” Little said. “We hope and expect he will sign the bill so health officials and medical professionals can begin the necessary work to keep every child in California safe from lead poisoning.”