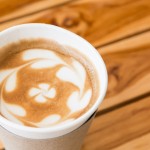 There’s increasing evidence that caffeine can be good for you.

A mild stimulant that works on the central nervous system, caffeine is something most of us use to “get going in the morning,” said Marcie Prachyl, a dietitian at Hendrick Medical Center.

The popular substance — an estimated 90 percent of Americans consume it daily — has been linked to benefits such as potentially minimizing cognitive decline associated with aging, including the risk of Alzheimer’s disease, Prachyl said.

“It makes them more alert and improves their quality of life if they continue to drink it,” she said of older consumers of caffeine.

“It seems to keep them more alert — more with the program — which is good news,” she said.

And long-term consumption of caffeine has of late been linked with lower risk for diabetes and heart disease, Prachyl said.

Coffee, one of the most popular ways to consume caffeine, has been linked with a variety of potentially helpful effects of its own.

In addition to boosting memory and concentration, it has been tagged as possibly lowering the risk of Parkinson’s disease and reducing risk for certain other diseases, including cancer and stroke.

And a study by the National Cancer Institute and AARP that followed 400,000 men and women between 50 and 71 for more than 10 years found that those who regularly drank coffee “had a lower risk of death overall” than did non-drinkers — though that was true whether one drank decaf or the fully-loaded beverage.

But as with most things, there are good and bad sides to caffeine.

According to the Mayo Clinic, for most healthy adults, moderate doses of caffeine — 200 to 300 milligrams, about two to four cups of brewed coffee a day — are not harmful.

But those who consume heavily — more than 500 to 600 milligrams a day — may need to consider reducing their intake.

“It’s considered an addictive substance, so you don’t want to go crazy with it,” Prachyl said. “I would say that people who tend to be high-strung, nervous, jittery or have a lot of problems with insomnia shouldn’t be using it, or at least shouldn’t use it close to bedtime.”

In addition to insomnia, an increasing frequency of urination and nervousness, such consumption can make one irritable, cause stomach upset, a quickened heartbeat and muscle tremors.

Caffeine has the potential to negatively affect those with conditions such as high blood pressure or diabetes — in the latter case, by increasing blood sugar levels, making it more difficult for Type 2 diabetics to manage insulin.

“If people take medication for high blood pressure, they probably don’t want to overdo on the caffeine,” Prachyl said.

Caffeine can interact negatively with various medications, research has shown.

Antibiotics such as ciprofloxacin and norfloxacin can interfere with the breakdown of caffeine, according to the Mayo Clinic.

Herbal medicines, such as echinacea, also may increase the concentration of caffeine in one’s blood, potentially increasing unpleasant side effects.

Pregnant women also should watch their intake, Prachyl said, though it’s not necessary to cut out caffeine altogether.

“I’d recommend just having a cup of coffee or a soft drink,” she said.

Children, too, don’t need to be downing caffeine at the level of a healthy adult, Prachyl said.

Based on current research, Laura Juliano, a psychology professor and co-author of a recent study on caffeine by American University, recommends that healthy adults should limit caffeine consumption to no more than 400 milligrams per day.

Pregnant women should consume less than 200 milligrams per day, according to the study, and people who regularly experience anxiety or insomnia — as well as those with high blood pressure, heart problems or urinary incontinence — also should limit caffeine.

It’s easy to say that one should reduce one’s caffeine intake.

But that can be easier said than done, because doing so can cause withdrawal symptoms, including headaches, mood swings and fatigue.

“You want to make sure that if you are trying to wean yourself off it, you do it slowly,” Prachyl said.

According to the American University study, even though caffeine is the most commonly used drug in the world, health professionals have been slow to characterize problematic caffeine use and to acknowledge that some cases may call for treatment.

Many people seem to be suffering from what has been termed “caffeine use disorder.”

“The negative effects of caffeine are often not recognized as such because it is a socially acceptable and widely consumed drug that is well integrated into our customs and routines,” Juliano said. “And while many people can consume caffeine without harm, for some it produces negative effects; physical dependence; interferes with daily functioning; and can be difficult to give up, which are signs of problematic use.”

Juliano’s study found that more and more people are becoming dependent on caffeine to the point that they suffer withdrawal symptoms and are unable to reduce consumption even if they have another condition that may be affected — such as a pregnancy, a heart condition or a bleeding disorder.

Most people don’t know how much caffeine they consume daily, Juliano said, because manufacturers are not required to label the amount of caffeine a product contains, and some products, such as energy drinks, do not have regulated limits on caffeine.

Many people who have been unable to quit or cut back on caffeine on their own have expressed an interest in receiving formal treatment, similar to the assistance people seek to quit smoking or tobacco, she said.

It’s difficult to know the appropriate level of caffeine for each individual, Prachyl said — meaning some self-experimentation, and some personal honesty and accountability, is necessary.

“You just need to see how you feel,” she said. “If you’re drinking a lot of coffee and having trouble falling asleep, then that’s one way to know you’ve got a problem.”