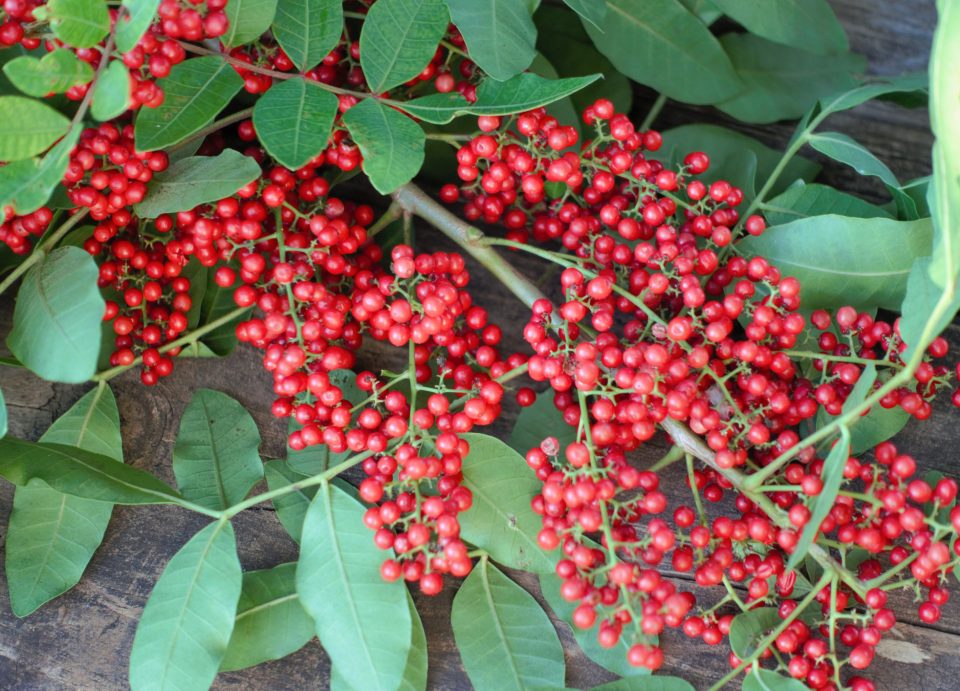 You may not have ever heard of the Brazilian Peppertree, Schinus terebinthifolia, but have likely heard of its relatives which produce pink peppercorns, pistachios, and cashews. This thorny tree is native to Brazil and becomes invasive in subtropical areas like Florida, California, and Arizona. Unlike its relatives, the Brazilian Peppertree isn’t used to season food; its role is more medicinal. The small pink fruits from this tree have been used by traditional Amazonian healers for generations to treat infections and wounds. Traditional folk medicine has asserted that the Brazilian Pepper Tree possesses antibacterial activity which can be harnessed by isolating the essential oils from the plant’s leaves and peppercorn berries. Emerging research indicates that this traditional medicine may have a surprising role in modern medicine.

As the use of antibiotics to treat infections increases in our society, the rate that becomes resistant to them has increased as well posing a difficult and dangerous dilemma for doctors and scientists. How do we treat infections when the bacteria causing them are resistant to our best weapons (antibiotics)? Antibiotic resistant bacterial strains such as methicillin-resistant Staphylococcus aureus (MRSA) emerged as hospital-only infections where the rate of antibiotic use is higher, by nature. They have now to be more common in the non-hospital world as well. This development has prompted scientists and researchers to investigate traditional and alternative medicines for their potential to be isolated and used to fight antibiotic resistant strains. 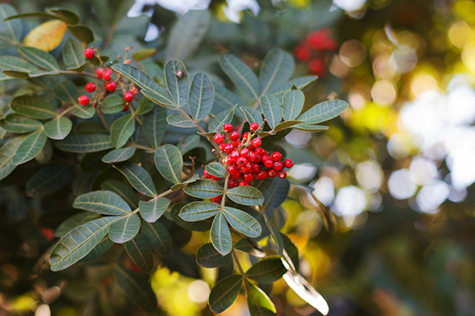 Recent research has examined if the traditional healers of the Amazon had a secret antibacterial weapon up their sleeves, testing the effectiveness of the Brazilian Peppertree at fighting both regular and antibiotic resistant bacteria. Using human and mouse skin samples, scientists found that an extract made from the fruit of the Brazilian Peppertree was effective at inhibiting the activity of MRSA. Other research has examined an essential oil distilled from the berries of this tree and its effect against wild strains of bacteria commonly found in hospitals, including E. coli, Enterobacter sp., and Streptococcus group D. The researchers found that the peppercorn essential oil actively inhibited all of the bacterial strains, though it was more effective at stopping some types than others.

Like many other types of traditional plant medicine that show initial promise for antibacterial applications, more research is needed to see if these folk medicines can be produced and utilized safely and effectively in humans on a large scale. This initial research, however, is encouraging, showing that traditional medicines of cultures across the world may possess solutions to antibiotic resistant bacteria that modern medicine is actively working to solve. You may in fact see Brazilian Pepper Tree extracts used in your doctor’s office one day in the near future.

Have you ever heard of the Brazilian Pepper Tree or other traditional medicine with antibacterial effects? Let us know in the comments!