Are You Suffering from Fructose Poisoning? 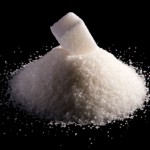 The processed food industry wants you to believe that fructose is a natural, healthy sugar derived from natural plant sources. The science shows something vastly different. In reality, fructose is a harmful toxin that is a key factor in the development of metabolic syndrome in America today.

Excessive fructose consumption is responsible for a:

It also increases your risk of abnormal lipid profiles and inflammation. In fact, the highest consumers of sugar-sweetened beverages have a 20% increased risk of cardiovascular disease!

The sweetener industry spends tens of millions of dollars each year in attempts to hoodwink the American public regarding the bitter truth about fructose. All their efforts are paying off: Between 1970 and 1990, Americans’ consumption of high fructose corn syrup rose by more than 1,000%, an increase that paralleled the rapid rise of the obesity epidemic.

Are you a victim of fructose poisoning? If you have high blood pressure, high cholesterol, belly fat, or insulin resistance, the answer is likely yes.

Fructose might taste sweet to your taste buds, but there’s nothing sweet about what it does to your body. Mounting evidence shows that fructose is responsible for multiple factors involved in metabolic syndrome.

The reason for these disastrous health problems is that high intake of fructose acts more like a toxin than a nutrient. Like a toxin, it is metabolized almost exclusively in the liver, where it is converted into dangerous byproducts (such as excess lipids and uric acid). And, like a toxin, fructose has direct harmful effects (glycation) on tissues throughout the body, while performing no necessary nutritional function.

Recent research has shown that you can induce metabolic syndrome in rats by feeding them fructose in amounts relevant to human consumption. That’s incredibly important, since on average fructose now makes up 10 to 15% of the calories Americans consume. Some adolescents get nearly 30% of their calories from fructose!

Studies of primates and smaller laboratory animals now show that fructose intake can be directly linked to the development of central obesity. In addition, a recent study found that fructose-fed animals had increased levels of the enzyme that activates the stress hormone cortisol, which is a well-known cause of central obesity.

From these data it’s clear that the more fructose you consume, the more abdominal fat you are likely to gain.

Men and women who consume high levels of fructose have a 9% increased risk of insulin resistance, a key component of metabolic syndrome. As is the case with central obesity, scientists have found that feeding rats a fructose solution can rapidly produce a reliable model of insulin resistance.

The reasons why fructose elevates blood sugar are becoming increasingly better understood. Animal studies demonstrate that fructose consumption has direct harmful effects not only in the liver, but also in the brain. Fructose triggers signaling changes in the hypothalamus, the “appetite thermostat” that regulates food intake and directs other body tissues in how to handle sugar.

One of those changes causes muscle cells to take up glucose less efficiently, contributing to elevated blood glucose levels even in the presence of sufficient insulin. Another causes the liver to ramp up its own production of new glucose, adding to the already high burden of blood sugar.

Insulin resistance produced by fructose consumption not only produces high blood sugar, it also results in chronically elevated levels of insulin. An appropriate amount of insulin is necessary, but continuous exposure to raised insulin levels is now recognized as a major contributor to cardiovascular disease and cancer.

As we’ve seen, the effects of fructose in the liver produce marked increases in the production of fats, especially dangerous triglycerides. Elevated triglycerides and lowered HDL cholesterol levels together make up another component of metabolic syndrome.

A high fructose intake produces very high after-meal triglyceride levels in both animal and human studies. In humans, this has been shown to be directly related to fructose-induced impairments in the way triglycerides are cleared from the blood. Animal studies confirm this effect and also demonstrate that fructose induces many genes that increase new fat production and raise triglyceride levels.

One human study demonstrated that just seven days of elevated fructose consumption increased fat deposition in liver and muscle, while increasing VLDL-triglycerides.40 Similar studies comparing the effects of excessive calories from either glucose or fructose showed that fructose (but not glucose) produced high 23-hour triglyceride exposure and new fat formation in the liver. Another study showed that ingesting fructose caused a 2.5 mg/dL drop in beneficial HDL.

All that excess fructose-induced fat production leads to increased fat deposition in the liver. Excessive liver collections of fat, beginning as non-alcoholic fatty liver disease (NAFLD), are considered the liver manifestation of metabolic syndrome; up to 30% of adults now suffer from this condition. Fructose is now widely recognized as a major contributor to NAFLD. NAFLD progresses to produce non-alcoholic steatohepatitis, a precursor to liver cirrhosis and eventual liver failure.

When lab rats are given drinking water with 10% fructose, they develop hypertension, yet another manifestation of metabolic syndrome. High fructose consumption in humans has a similar effect, raising the risk of hypertension by 9% in women and 11% in men.

Just two weeks of excessive fructose consumption in healthy adult men raised their systolic (top number) blood pressure by an average of 7 points, and their diastolic (bottom number) by 5 points. And just one serving of soft drinks raised blood pressure by 1.6 and 0.8 points systolic and diastolic, respectively.

Laboratory studies now show that there are a number of ways in which fructose consumption raises blood pressure. Fructose triggers very high rates of uric acid production in the liver, which in turn causes blood pressure to rise. High uric acid is a common finding in people with metabolic syndrome. Treating fructose-induced hypertension with the gout drug allopurinol returns both uric acid levels and blood pressure to normal.

Central obesity, insulin resistance, lipid disturbances, and high blood pressure are the four “classic” components of metabolic syndrome. Increasingly, however, raised markers of chronic inflammation are recognized as playing an essential role in the condition as well. Let’s look briefly at how fructose promotes inflammation.

Inflammation: The Role of “JNK” Food

The human liver contains a natural stress-response system that goes into high gear as a result of various kinds of stress, especially stress from toxins. Officially called “c-Jun terminal kinase,” this system is known to scientists simply as “JNK.” Fructose (and foods that contain high amounts of fructose) activate the JNK pathway, which contributes to insulin resistance and ultimately to inflammation.

Such changes have been shown to produce a 20% increase in cardiovascular disease risk for the highest consumers of sugar-sweetened beverages. Even children aged 3 to 11 years show increases in their cardiac risk factors in direct proportion to their consumption of such beverages.

As noted earlier, fructose-induced inflammation has been shown to contribute to non-alcoholic fatty liver disease, which has been referred to as “diabetes of the liver.”

Despite the best public relations efforts of the corn sweetener industry, there’s no longer any doubt that Americans are slowly being poisoned by fructose, which has become ubiquitous in our food supply.

Study after study has shown that when we consume fructose in large quantities, our bodies treat it as a toxin. Fructose goes directly to the liver, where it disrupts a host of normal metabolic processes, producing each and every component of metabolic syndrome: central obesity, insulin resistance, abnormal lipid profiles, elevated blood pressure, and inflammation.

If you haven’t already eliminated fructose from your diet, now is the time to do so. Read product labels. Don’t be fooled by industry propaganda. Recognize that both high fructose corn syrup and table sugar provide vastly more fructose than your body can safely handle. And consider protecting yourself from this mass poisoning by taking nutrients that reduce the risk of fructose-induced metabolic syndrome.