Are We All Pre-Diabetic? 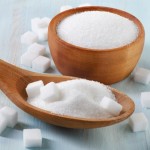 Even if a doctor assures you that your blood sugar is “normal,” alarming evidence documents that you are at significant risk of premature death unless you achieve optimal 24-hour-a-day glucose control.

Even more insidious are data showing that blood sugar “spikes”that occur after each meal dramatically increase the risk of cardiovascular disease, retinal damage, and cancer.

Unless steps are taken to suppress after-meal sugar surges, every large meal you eat can trigger a dangerous metabolic cascade that results in cell damage and accelerated aging.

An Epidemic of Elevated Blood Sugar

The percentage of adults who suffer chronic high blood sugar is staggering!

One report evaluated 46,000 middle-age individuals and found more than 80% had fasting blood sugar of 85 mg/dL or greater.

Another study involving 11,000 middle-age and older individuals showed more than 85% had fasting blood sugar of 85 mg/dL or greater.

Since incidence of disease starts to increase when fasting blood sugar rises above these levels, this means the vast majority of aging humans today endure chronic cellular damage associated with elevated blood sugar.

This epidemic of elevated blood sugar will accelerate age-related disease until the medical profession realizes that their test values for defining “normal” blood sugar are horrifically defective.

There are two major problems with the way mainstream medicine views blood sugar.

First, the “normal” range for fasting blood sugar is still set too high. Current criteria specify that you are not “diabetic” unless fasting blood glucose exceeds 125 mg/dL. The range between 100 and 125 mg/dL is considered “pre-diabetic.” In other words, with a blood sugar reading of 99 mg/dL, your doctor will tell you everything is fine and send you home ignorant of the dangers lurking within your body.

Recall that optimal glucose control occurs when fasting blood glucose is kept between 70 and 85 mg/dL. This means that fasting glucose levels that doctors accept today as “normal” are in reality dangerously elevated.

Second, mainstream doctors do not tell their patients about the risks of after-meal (postprandial) blood sugar spikes. After every meal, these sudden surges in blood sugar damage delicate blood vessels in your brain, heart, kidneys, and eyes, as well as accelerate the aging of cells and tissues throughout your body.

Utilizing only fasting blood glucose readings does not detect perilous after-meal glucose spikes that present an increased risk of death. The critical truth is that standard definitions of diabetes are dangerously outdated.

What doctors don’t realize is that an isolated fasting glucose reading fails to provide information on their patients’ glucose control throughout the day. So when a patient has a fasting glucose reading of, let’s say, 95 mg/dL, this may be an artificially low number that does not reflect the patient’s real-world, all-day glucose status that may be considerably higher.

For instance, a patient with a 95 mg/dL fasting glucose reading may spend most of their day significantly above 150 mg/dL, as their aging body is unable to neutralize the impact of the excess calories they chronically ingest.

Without controlling fasting and postprandial sugar spikes, the stage is set for accelerated aging and a series of degenerative diseases.

Why We Are Predisposed to Elevated Glucose

If blood sugar ever drops too low, death rapidly ensues as brain cells cannot function long without adequate glucose. To protect against acute death in the near-starvation state our ancestors encountered, the body developed compensatory mechanisms to ensure that glucose levels don’t fall too low.

The problem with these protective mechanisms is that they cause the majority of aging people today to suffer dangerously elevated blood sugar, as widespread famine no longer exists in modern societies.

While glycogenolysis protected our ancestors from acute starvation and death, the impact on people today is the opposite. As we age, this internal control mechanism (glycogenolysis) malfunctions, resulting in dangerously high blood glucose levels.

Another factor causing elevated glucose involves excess creation of new glucose in the body. In healthy people, a biochemical process known as gluconeogenesis creates new glucose from other substances such as amino acids when blood sugar levels are too low. Aging people often make too much glucose from all kinds of foods, even when blood glucose levels are already too high.

Contrary to popular belief, carbohydrates are not the only food source of blood sugar. Amino acids found in protein readily convert to blood glucose via gluconeogenesis.

An enzyme involved in gluconeogenesis and glycogenolysis is glucose-6-phosphatase.

Excess activity of glucose-6-phosphatase is why many aging people find it nearly impossible to achieve optimal glucose levels. Compounds that target glucose-6-phosphatase are being aggressively sought to counter a diabetes epidemic that has nearly tripled in the United States over the past three decades.

Since conventional medical authorities are still not diagnosing patients as “diabetic” until they show fasting glucose over 125 mg/dL or after-meal glucose over 199 mg/dL, the true number of people today whose health is being destroyed by high blood sugar remains grossly underestimated.

For example, data indicate the risk for stroke increases as fasting glucose increases above 83 mg/dL. In fact, every 18 mg/dL increase beyond 83 results in a 27% greater risk of dying from stroke. So failing to aggressively lower glucose levels is exposing the vast majority of the American population to the leading cause of long-term disability and third highest cause of death, i.e., stroke.

Even adherence to a calorie-reduced diet, or a low-carbohydrate diet, does not always protect against skyrocketing glucose levels triggered through glucose-6-phosphatase.

To summarize, the two internal factors that conspire to elevate glucose levels are:

In the quest for natural ways to safely inhibit after-meal blood sugar spikes, scientists turned their attention to plant compounds that target the glucose-6-phosphatase enzyme.

Pharmaceutical researchers have been eager to discover a drug that would target after-meal blood sugar spikes. Ideally, this drug would suppress glucose-6-phosphatase, which is involved in new glucose formation and release of glucose from its storage site in the liver.

As a multitude of studies show, coffee consumption is associated with a reduced risk of type 2 diabetes. We now understand chlorogenic acid in coffee exerts significant anti-diabetic properties. And as recent studies show, 80-85% of the adult population is at risk for diabetic complications because their blood glucose levels are too high!

The research findings on the impact of chlorogenic acid on blood sugar are impressive. For starters, a team of Japanese researchers recorded a 43% drop in blood sugar levels after administering green coffee bean extract to mice after a heavy meal.

Aware of the crucial importance of controlling after-meal blood sugar spikes, scientists conducted a study among 56 healthy volunteers, challenging them with an oral glucose tolerance test before and after a supplemental dose of green coffee extract. The oral glucose tolerance test is a standardized way of measuring a person’s after-meal blood sugar response.

That impressive difference was sustained throughout the two-hour study period at a dose as low as 200 mg of green coffee bean extract. Subjects had a mean 19% reduction of blood sugar at one hour, and a 22% reduction (glucose down to just 89 mg/dL) at two hours, compared to each patient’s own untreated levels. In other words, the amount of time subjects had glucose levels in the dangerous range was sharply curtailed by the green coffee bean extract

For most aging individuals, even after eating nothing for eight to twelve hours, it is challenging to achieve a “fasting” glucose reading as low as 89 mg/dL. Yet when these study subjects took 200 mg of green coffee bean extract, their glucose levels dropped to 89 mg/dL just two hours after drinking a pure glucose solution. The high-dose glucose drink used in standard oral glucose tolerance tests spikes blood sugar more than typical meals.

When a higher dose (400 mg) of green coffee bean extract was supplemented before an oral glucose challenge test there was an even greater average reduction in blood sugar—up to nearly 28% at one hour!

In yet another significant mechanism, chlorogenic acid increases the signal protein for insulin receptors in liver cells. That has the effect of increasing insulin sensitivity, which in turn drives down blood sugar levels.

Chlorogenic acid-rich plant extracts have been shown to reduce fasting blood glucose values by more than 15% in diabetic patients with poor response to medication.31 A similar effect was seen in healthy volunteers, whose intestinal absorption of glucose was reduced following a chlorogenic acid-enriched coffee drink.

When a chlorogenic acid supplement of 1 gram was given before meals, glucose levels were reduced by 13 mg/dL, just 15 minutes after an oral glucose challenge, demonstrating its ability to rapidly lower the after-meal blood sugar spike in humans.

In a clinical trial, researchers gave different dosages of green coffee bean extract, standardized for chlorogenic acid, to 56 people. Thirty-five minutes later, they gave the participants 100 grams of glucose in an oral glucose challenge test. Blood sugar levels dropped by an increasingly greater amount as the test dosage of green coffee bean extract was raised, from 200 mg up to 400 mg. At the 400 mgdosage, there was a full 24% decrease in blood sugar—just 30 minutes after glucose ingestion.

This means that if you had a dangerous after-meal glucose reading of 160 mg/dL, green coffee bean extract would slash it to 121 mg/dL.

Other experimental models reveal that chlorogenic acid favorably modulates gene expression to enhance the activity of liver cells and increase levels of the hormone adiponectin, which enhances insulin sensitivity and exerts anti-inflammatory, anti-diabetic, and anti-atherogenic effects.

The need to redefine diabetes is critical because risk of premature death and disease rises sharply with fasting blood sugar greater than 85 mg/dL.

Behind this danger is the little-appreciated role of glucose-6-phosphatase in creating and releasing additional glucose into the blood. This enzyme, which helps regulate blood sugar when you’re young, can inappropriately trigger a dangerous after-meal surge of blood sugar as you age.

A consistent finding in those who restrict their calorie intake is markedly lower blood glucose levels. Longevity enthusiasts can now benefit from a novel yet natural green coffee bean extract to combat internal processes that cause dangerous elevations in blood glucose.

By Kirk Stokel at Life Extension