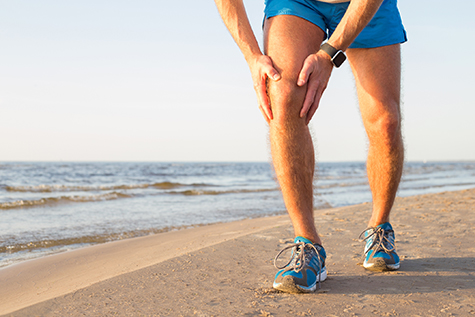 An article appearing September 12, 2018 in Science Translational Medicine adds evidence to the role of antioxidants in protecting the body’s cartilage from the damage that contributes to osteoarthritis.

Acting on the finding that the protein ANP32A, which is involved in a number of processes in the body, was downregulated in osteoarthritic cartilage in mice and humans, Frederique Cornelis of the Skeletal Biology and Engineering Research Center in Belgium and colleagues discovered that ANP32A protects against oxidative damage in the joints, thereby helping to prevent the development of osteoarthritis and its progression. It was determined that ANP32A increases levels of the enzyme ATM, a regulator of the cellular oxidative defense, in response to oxidative stress in joint cartilage.

The discovery suggests that antioxidant therapies could help protect against further damage in patients with osteoarthritis, as well as providing a benefit in other disorders. Administration of the antioxidant N-acetylcysteine (NAC) to the drinking water of mice that were deficient in ANP32A was shown to decrease cartilage damage and arthritis symptoms. It was additionally revealed that ANP32A deficiency was associated with osteopenia and a neurologic disease known as cerebellar ataxia in mice and that NAC helped with these conditions.

“Aging, a key risk factor for the development of osteoarthritis, is associated with elevated oxidative damage of DNA, proteins, and lipids, and accumulating evidence indicates that oxidative stress is a major physiological inducer of aging,” the authors write. “We observed reduced expression of ANP32A in aged mouse cartilage and in human cartilage from patients with osteoarthritis, and we showed that Anp32a-deficient mice develop spontaneous osteoarthritis upon aging. Thus, ANP32A can be considered as a key coordinator of oxidative stress and aging in joints.”

“Our findings indicate that modulating ANP32A signaling could help manage oxidative stress in cartilage, brain, and bone with therapeutic implications for osteoarthritis, neurological disease, and osteoporosis,” they conclude.