The Difference Between Farmed And Wild Seafood 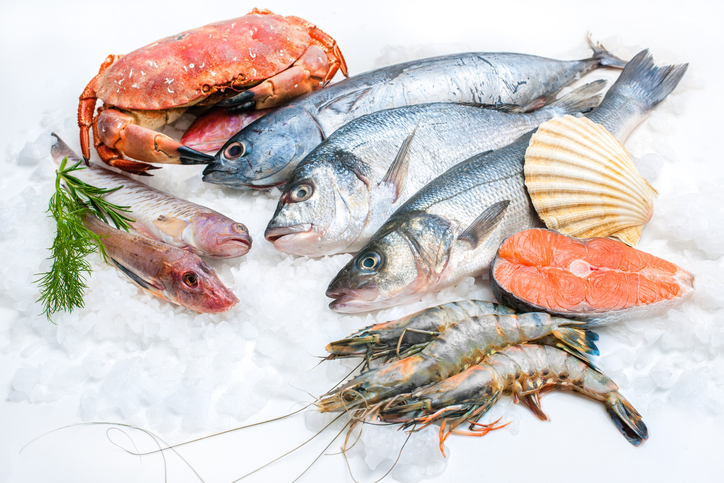 You likely know that you should get the health benefits of more fish in your diet. It’s a primary source of Omega-3 fatty acids and I frequently recommend my patients and readers get 2-3 servings per week. Yet, eating only 1 serving of fish per week can still reduce your risk of these diseases.  You may also be confused, though, about whether you should buy farmed or wild fish as, lately, some controversy about both has arisen.  Here’s what you should know about both.

Wild or Farmed Seafood – Which is Best?

The health benefits of getting more Omega-3 fatty acid in your diet are enormous.  They have been linked to sharper brain function, reduced risk of heart disease, prostate cancer, type 2 diabetes, lower inflammation, healthier joints, eyes and skin. As seafood is the primary source of Omega-3’s, it makes sense to eat it often.

Seafood is also lower in calories, saturated fat and cholesterol than other animal protein sources.  It provides a good food choice to people who need to decrease their cholesterol or weight.

Though both farmed and wild seafood have all the above noted health benefits they also have their own unique set of not-so-healthy cons.

Cons:  Carry varying levels of PCB’s, mercury and dioxin, depending on type of fish.  Overharvesting has lead to severe depletion of certain species like New England cod and bluefin tuna. Fishing techniques have lead to the injury/destruction of other ocean creatures.

Cons:  Both land-based and offshore fish farms can become CAFO’s – concentrated animal feeding operations – where thousands of animals are crammed into living spaces.  This can lead to diseases that require antibiotics and pesticide usage.  Both types of farms can run-off nitrogen and phosphorus from feed lots and animal waste that creates algae bloom contaminants into nearby waterways.

Fish to Avoid Either Wild or Farmed

Though all the fish on this list have great health benefits, many have high mercury levels, have been over-harvested causing depletion of their wild population, and/or have been caught or farmed in ways that are detrimental to other marine creatures.

I hope this information has been helpful to you in deciding which varieties of fish, farmed or wild, to eat.  As noted here, there are many benefits of both and a few cons of each as well.  Try to keep these recommendations in mind when selecting what fish to eat. There are so many varieties of seafood available in Nature that you can be a little adventurous in your seafood choices.  Try some less common seafood choices like monkfish or even octopus. Also see the sidebar for one of my favorite, easy to make, eco-friendly fish recipes.

In addition, you can reap the health benefits of fish without actually eating it by taking Omega-3 supplements like fish, krill or cod liver oils.  All are rich sources of Omega-3 fatty acids.