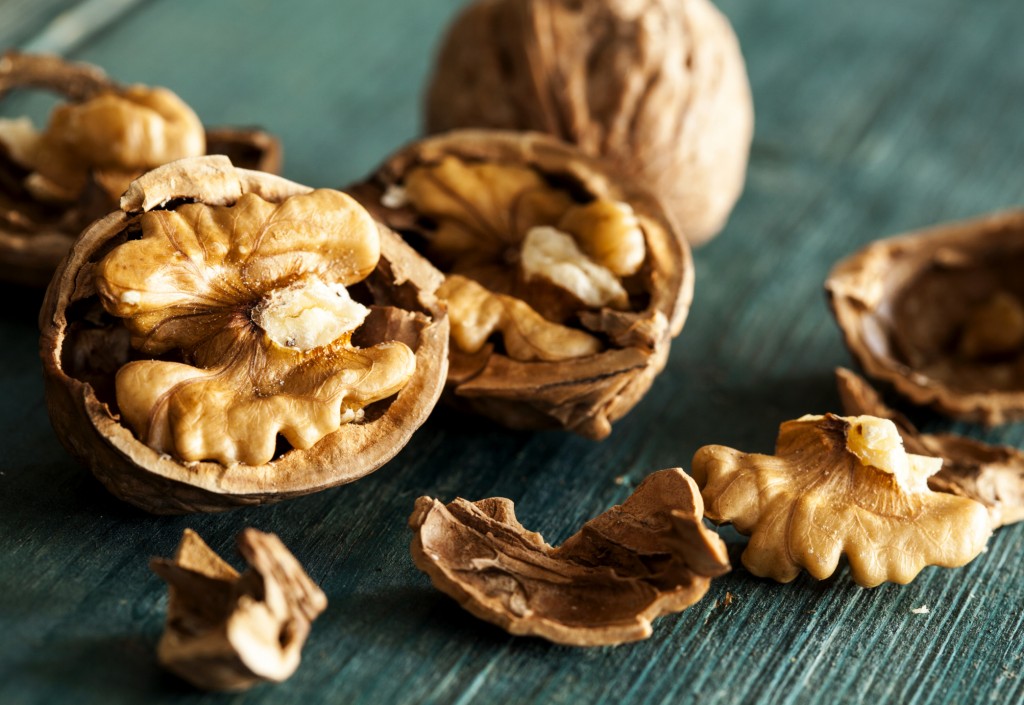 The fruit of the oldest tree food known to man, dating back to 7,000 BC, walnuts (Juglans regiaL.) truly stand out from other nuts for their dramatically different nutritional composition.

The healthy fats in most nuts are primarily monounsaturated fatty acids. But walnuts are rich in polyunsaturated fatty acids—including omega-3 and omega-6 fatty acids—in addition to oleic acid, the powerful monounsaturate found in olive oil. In fact, the walnut is the only nut and one of the few foods that contains a significant amount of the lesser known omega-3 fat, alpha-linolenic acid (ALA)—containing the highest ALA content of all edible plants with a hefty 2.7 grams per quarter-cup serving!

And walnuts provide several rare and potent phytonutrients that are found in few commonly eaten foods. These unique compounds include the quinone juglone, the tannin tellimagrandin, and the flavonolmorin—all strong cancer inhibitors.

Like other nuts, walnuts contain vitamin E—but instead of having most of their vitamin E present in the alpha-tocopherol form, walnuts provide an unusually high level of the particularly beneficial gamma-tocopherol form.

Toss in walnuts’ natural array of nutrients including melatonin, copper, manganese, molybdenum, biotin, folate, selenium, and magnesium—along with the rich supply of protein and fiber also found in other nuts—and you have a true super food.

Underlying the walnut’s compelling disease-inhibiting benefits is an abundance of polyphenols, as well as the rare, anticancer phytonutrients juglone, tellimagrandin, and morin. And these super-nuts are particularly rich in the phenolic compound ellagic acid, which has shown potent anti-inflammatory properties.

Current evidence strongly suggests that polyphenols play a critical role in the prevention of atherosclerosis and other cardiovascular diseases, cancers, osteoporosis, neurodegenerative diseases, and diabetes mellitus. Nut supplementation has been shown to improve lipid profile, increase endothelial function, and reduce inflammation, all without causing weight gain. Walnut polyphenols in particular have been shown to inhibit, for example, chemically induced liver damage.

Walnuts Cut The Risk Of Cancers 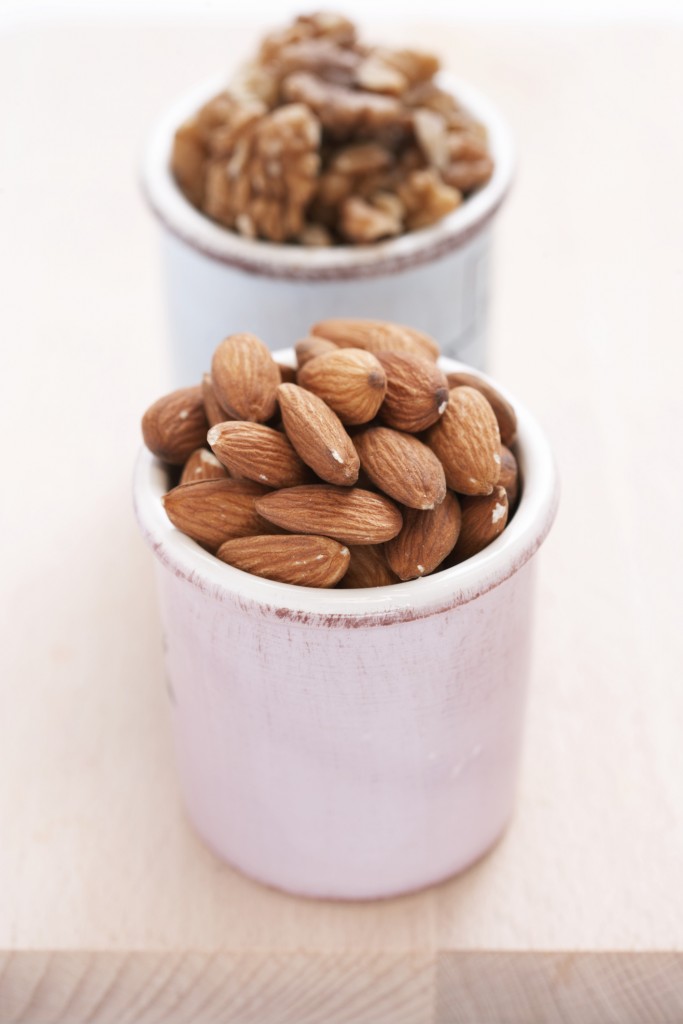 Walnuts have been shown to inhibit cancer development, slow its growth, and induce the death of cancer cells.

In one study, scientists found mice that ate the human equivalent of 2.4 ounces of whole walnuts for 18 weeks had substantially smaller and slower-growing prostate tumors compared to mice that consumed the same amount of fat but from other sources. Prostate cancer growth in the walnut group was 30 to 40% reduced, and these mice had lower blood levels of a protein (insulin-like growth factor or IGF-1) strongly linked prostate cancer. Also, there were beneficial effects on multiple genes related to controlling tumor growth and metabolism.

In a study on breast cancer in mice, the human equivalent of two handfuls of walnuts daily cut breast cancer risk in half and slowed tumor growth by 50%.

Researchers then conducted a cell study to investigate whether walnut components have an effect on colon cancer stem cells. (Cancer stem cells are a subpopulation of cancer cells that can self-renew and undergo differentiation into multiple lineages, key elements of cancer progression.) Walnut extract significantly slowed the survival of the cancer stem cells and most striking, reduced the essential characteristics of their self-renewal capacity.

Other rare phytonutrients in walnuts are known as tellimagrandin I and tellimagrandin II. Scientists identified these walnut members of the ellagitannins family as the predominant compounds responsible for the previously observed cytotoxic effect of walnuts on cancer cells. They also demonstrated that the mechanisms through which these walnut phytonutrients attack cancer cells include impairment of their mitochondrial function and induced apoptosis.

Another rare and powerful phytonutrient found in walnuts is the flavonoid morin. A 2015 study published in the International Journal of Oncology reported that morin exerts strong anticancer activity against human colon cancer cells. It was determined to accomplish this by inducing generation of reactive oxygen species (ROS), suppressing anti-apoptotic proteins, and triggering apoptosis via several different pathways.

Walnuts provide the amino acid L-arginine, shown to deliver vascular benefits to individuals who have heart disease or who have a higher risk for it due to multiple factors.

More critically, walnuts also contain the omega-3 fat alpha-linolenic acid (ALA), which has anti-inflammatory effects and may prevent the formation of pathological blood clots. Those who eat an ALA-rich diet are less likely to have a fatal heart attack and have an almost 50% reduced risk of sudden cardiac death. It should be noted, however, that as people age, the enzyme required to convert ALA into beneficial EPA/DHA declines, meaning that walnuts may not provide sufficient omega-3s. That’s why fish oil supplementation is so important, even in those who consume ALA-rich foods like walnuts.

And it doesn’t take a lot of walnuts to make a huge difference. A study found that blood levels of ALA were significantly raised by eating just four walnuts a day!

Other research showed that eating just one ounce (seven walnuts) daily can decrease overall cardiovascular risk. Also, increased frequency of nut consumption among people at high cardiovascular risk was found to result in a significantly lower risk of death.

In the April 2015 issue of the FASEB Journal, scientists reported on an investigation into the effects of short-term walnut consumption on the reactive hyperemia index (RHI), a measure of human microvascular function—referring to the health of your body’s smallest blood vessels such as capillaries. After just four weeks, the group of volunteers who ate 40 grams, or 1.5 ounces, of walnuts daily was found to have improved vascular function. The study concluded that this improvement was strongly associated with the effects of the walnut fatty acids, alpha-linolenic acid (ALA) and linoleic acid (LA).

Walnuts stand out because they contain an unusually high level of the gamma-tocopherol form of vitamin E instead of the alpha-tocopherol form. Gamma-tocopherol has been demonstrated—particularly in studies on the cardiovascular health of men—to provide significant protection from heart problems. 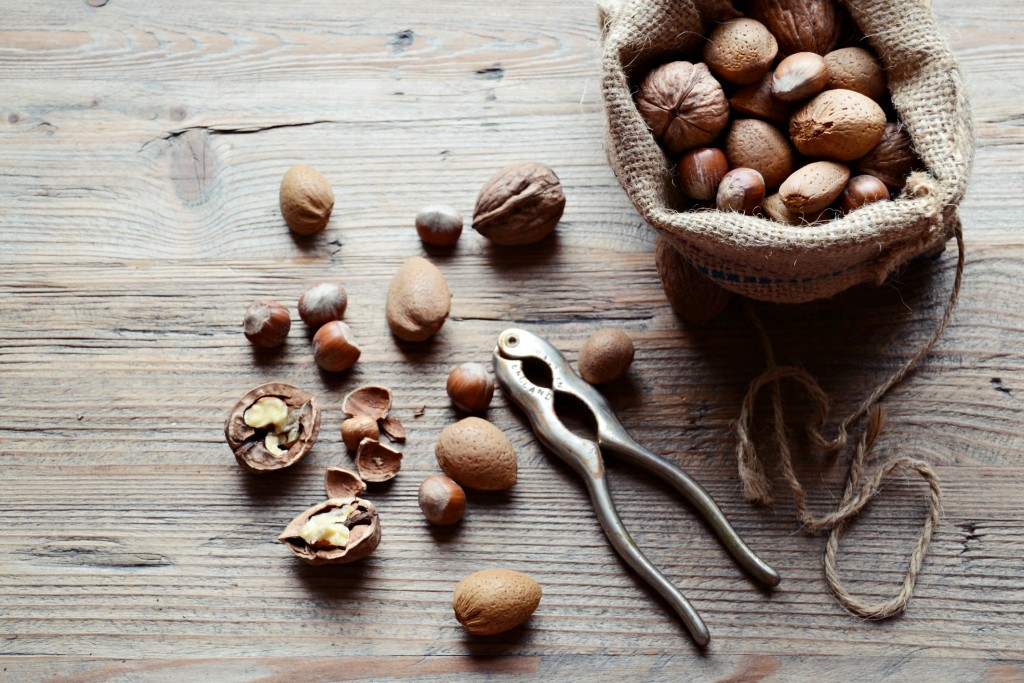 Animal research has indicated that consumption of foods such as blueberries and walnuts can decrease vulnerability to oxidative stress that occurs in aging and “may increase ‘health span’ and enhance cognitive and motor function in aging.”

In a study on young and old rats, scientists noted the gene transcription effects—in the critical hippocampus region of the brain—of a diet with a walnut content equivalent to 1.5 ounces in a human diet. Compared to controls, the walnut diet increased transcription of a particular immediate-early gene (IEG) that is essential to memory formation and synaptic plasticity. This prompted researchers to conclude “that dietary walnut may have protective effects on the aging brain.”

Scientific attention was then shifted to humans. A crossover study published in the British Journal of Nutrition included 64 college students who were randomly assigned to follow an eight-week walnut diet and an eight-week placebo diet, with a six-week washout period between diet sequences. The walnut diet was demonstrated to boost inferential verbal reasoning by a significant 11.2%.

Further research has led scientists to suggest that walnuts may play a key role in the prevention of Alzheimer’s disease.

First, a lab study found that walnut extract inhibited the formation of fibrillar amyloid beta-protein—a principal component of the amyloid plaques in the brains of Alzheimer’s patients. Remarkably, walnut extract was also able to defibrillize already formed amyloid fibrils. The researchers concluded that “walnuts may reduce the risk, or delay the onset, of Alzheimer’s disease by maintaining (fibrillar amyloid beta-protein) in the soluble form.”

Then, scientists conducted a study with transgenic mice that modeled Alzheimer’s. Compared to the control diet, a diet containing the equivalent in human terms of 1.5 ounces of walnuts daily significantly improved memory, learning ability, anxiety, and motor development. The study author suggested that “walnuts may have a beneficial effect in reducing the risk, delaying the onset, or slowing the progression of, or preventing [Alzheimer’s disease].”

Finally in 2015, scientists investigated the cognitive and potentially anti-Alzheimer’s effects of walnut consumption on humans aged 20 through 90. Controlling for all factors except walnut consumption, the researchers found that, compared to those who ate no nuts, those who ate a handful of walnuts daily performed substantially better on all six cognitive exams, taking considerably less time to finish questions and tasks. Crucially, those over age 60 reaped special benefits from walnut consumption, achieving recall and other cognitive test scores that were more than seven percentile points higher than those of the same age group who did not eat walnuts.

Various studies have suggested that walnuts may also provide other health benefits: