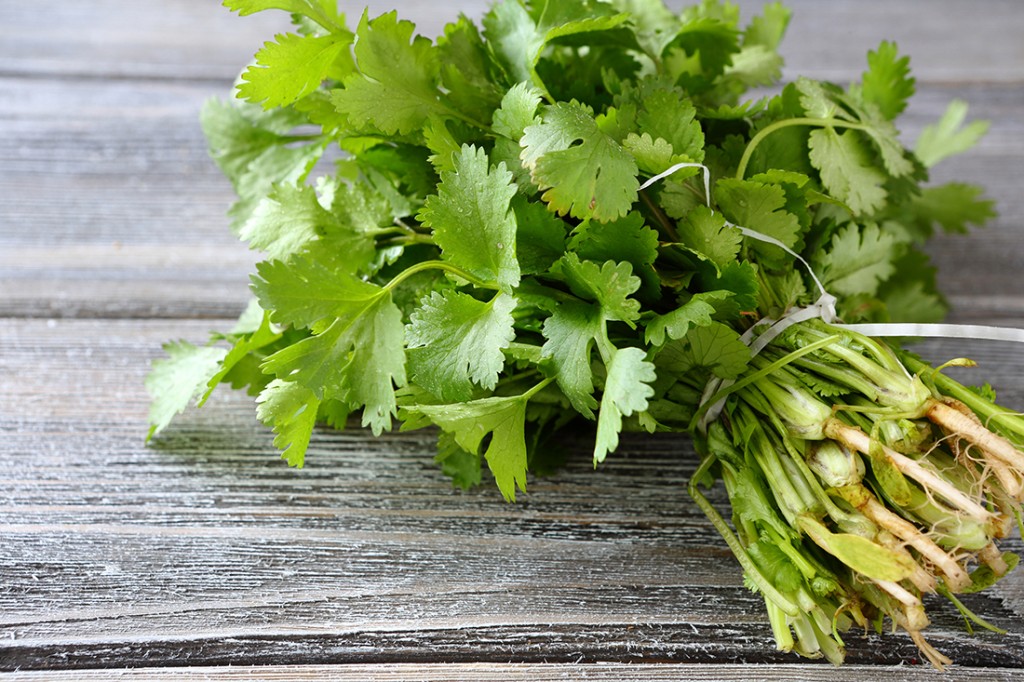 When you choose to cook with cilantro, or the seeds of the plant that cilantro comes from, known as coriander, the simple act of spicing up your dishes becomes an easy way to spice up your health and boost your longevity. Cilantro is a power-packed flavor enhancer that contains an eye-popping amount of phytonutrients, including borneol, carvone, camphor, elemol, geraniol, and linalool, among the most prominent. It also contains popular flavonoids that Life Extension® readers are familiar with, such as quercetin andapigenin. Along with such incredible antioxidant potency, cilantro contains active phenolic compounds and is nutritionally dense in dietary fiber, manganese, iron, and magnesium.1

With such an impressive array of healthy properties, it’s no wonder that cilantro has been used as a digestive aid, an anti-inflammatory, an anti-bacterial agent, and as a weapon in the fight to control blood sugar levels, cholesterol, and unwanted, lethal free radical production.

Specifically, cilantro refers to the leaves of the coriander plant, which is one of the oldest known spices in the world, dating back nearly 7,000 years. The herb has received mention in the Old Testament, was used as a spice by the Romans and Greeks, and was used by the ancient Greek physician, Hippocrates, for its medicinal properties. Nearly two millennia after the “Father of Medicine” first acknowledged the potency of this herb, modern scientists are now beginning to fully understand its true power.

Moroccans have long used coriander as a treatment to combat diabetes, but until recently, very few studies had been done to validate this all-natural strategy against this insidious disease. Recently, a team of researchers from Morocco aimed to investigate the potential hypoglycemic (and hypolipidemic) activity of coriander seeds after a single oral dose and after daily dosing for 30 days in normal and obese-hyperglycemic-hyperlipidemic (OHH) rats.

In the study, a single dose of coriander extract suppressed hyperglycemia in obese-hyperglycemic-hyperlipidemic rats, and normal blood sugar was achieved at 6 hours post–dose. The researchers noted that the extract decreased several components of the metabolic syndrome, decreased atherosclerotic indicators, and increased cardioprotective factors, which leads them to believe that coriander extract may have a cardiovascular protective effect.

At first glance, the idea that a spice or an herb can help your body defend itself against atherosclerosis may seem hard to believe, but due to the large amount of quercetin in cilantro, a few dashes of this spice may make a big difference for you and your arteries. Because flavonoids like quercetin are not made internally in the human body, we must rely on eating certain foods or ingesting certain supplements to obtain it. In this case, sprinkling cilantro in your recipes or on your dishes can give you an extra quercetin boost in addition to your supplements.

For a little more information about why quercetin is so important, we need to first examine the evolution of atherosclerosis in the human body. Atherosclerosis occurs when fatty materials or plaque build up in the artery. This usually happens when free radicals oxidize molecules known as low-density lipoprotein (LDL). When oxidized LDL molecules come into contact with a damaged endothelial lining, they stick, which sets off a series of reactions that contributes to the development of plaque build-up in arteries known as atherosclerosis.

Here is where rich sources of quercetin such as cilantro may be highly beneficial. By preventing LDL oxidation, quercetin may help intervene in the build-up of heart attack- and stroke-inducing plaque. A study examining this very topic suggested that death from heart disease could be reduced, as the flavonoid quercetin showed signs that it could protect against damage to artery walls. It also shows promise in helping reduce high blood pressure that occurs as a result of artery narrowing.

Cilantro tea has been used for centuries as both a digestive aid and a cleansing agent to remove toxins from the body. To help flush the toxins from your body, the tea can be made with two teaspoons of cilantro leaves steeped in one cup of hot water. For flavor, you may want to add honey, peppermint oil, or orange peel.

After steeping, drink the tea as you normally would. Once ingested, cilantro’s power reveals itself, as it has shown in certain studies that it binds with harmful metals like lead and facilitates their removal from the body.

This is important for those seeking a long, healthy life span, because toxic agents like heavy metals have been associated with a wide swath of health issues.