Sample the Spicy, Vibrant, and Bold Spices of Korea 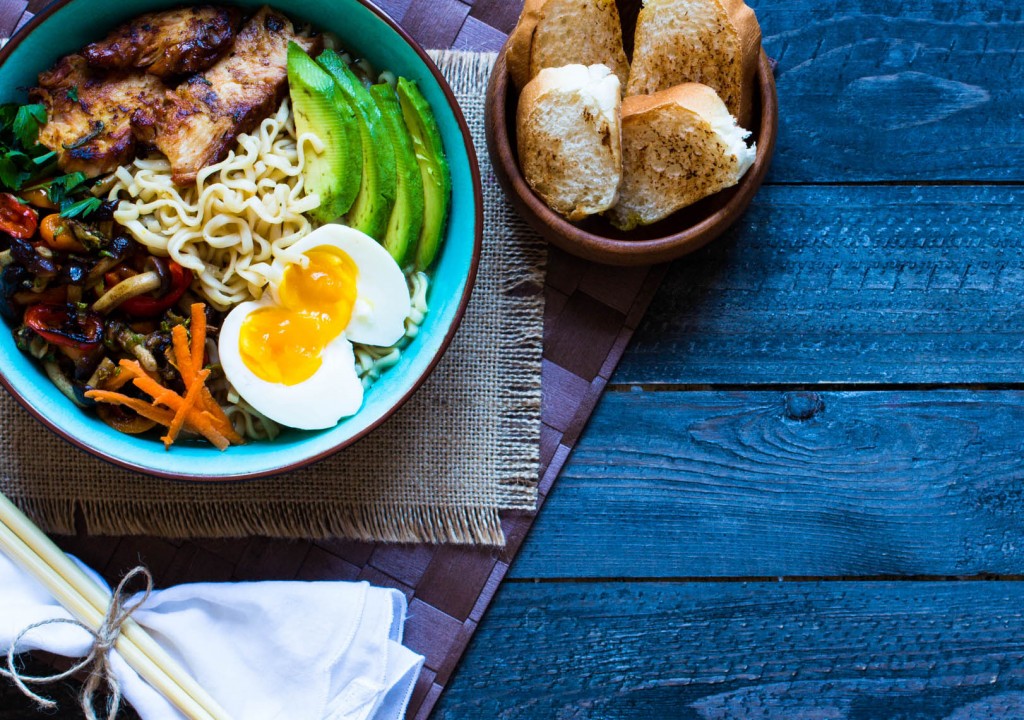 Korean cuisine features rice, soup or stew, and vegetables as culinary staples. Foods are commonly steamed, braised, and stir-fried. Korean culture is heavily plant-based with tofu as a main protein but meats like red meat, chicken and seafood are commonly consumed as well. Many traditional recipes from Korean culture are spicy and incorporate herbs and seasonings like chile peppers, garlic, and ginger to give food a vibrant flavor. You’ll find many pickled, salted, and fermented foods incorporated as well. 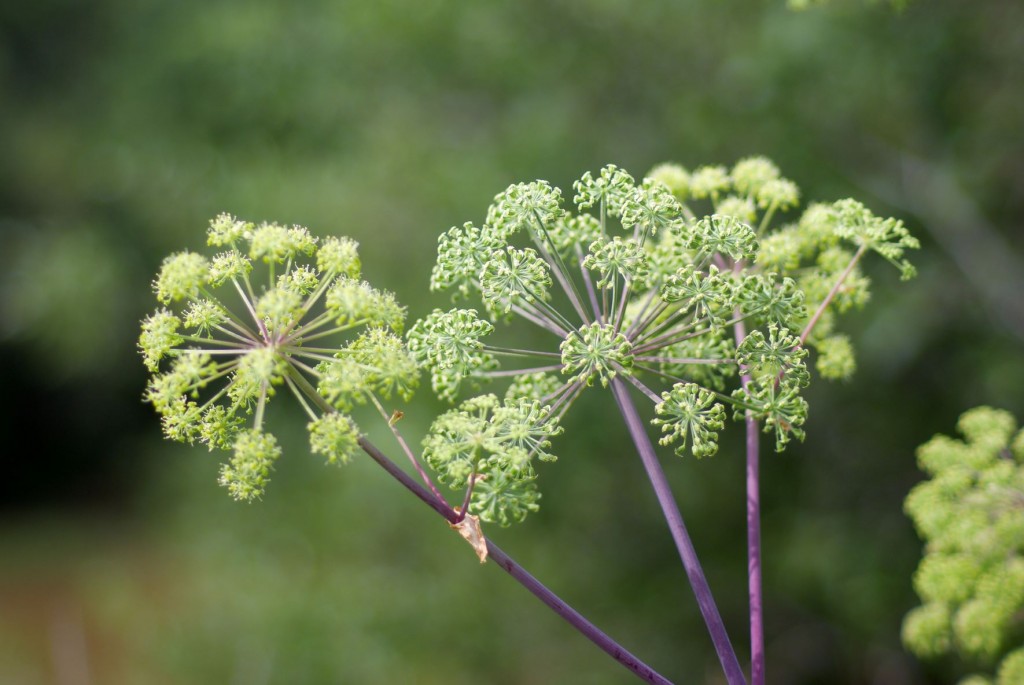 Angelica
Angelica is a herb that has many uses in natural medicine. It may help to treat gas, act as a diuretic, help to stimulate menstruation, act as an antiseptic, lower fevers, reduce anxiety, and help with insomnia. You may see it referred to as Korean angelica, giant angelica, purple parsnip, and dangquai. Find Angelica-tree shoot (called Durup) blanched and mixed with green onion, garlic soy sauce, vinegar, sesame oil, and spicy red chili paste for a classic side dish in Korean meals. 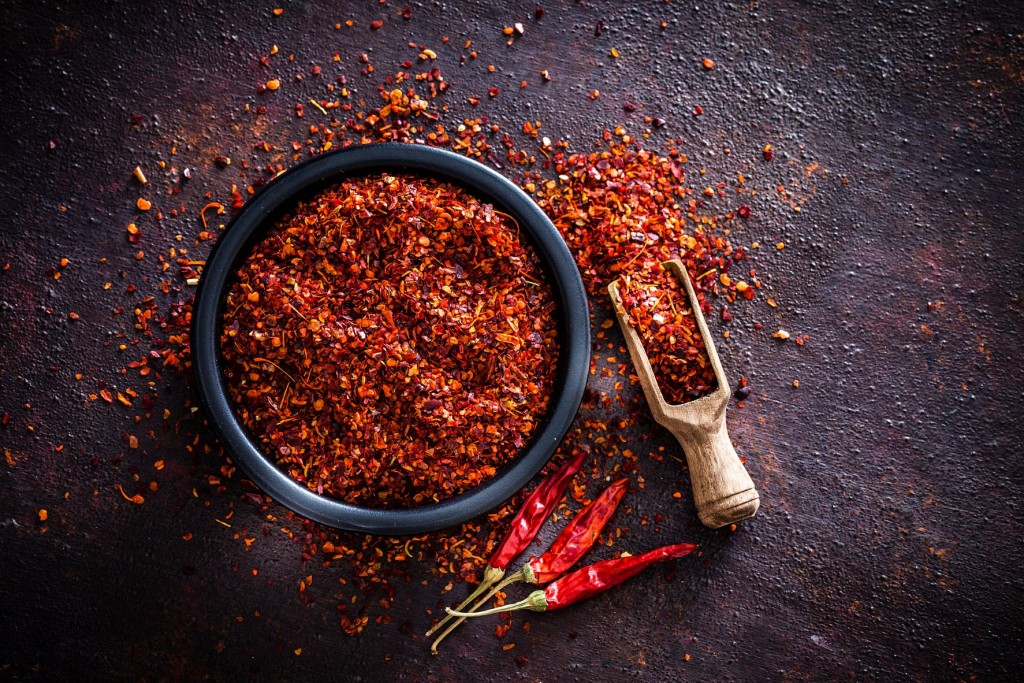 Chile Peppers
Chile Peppers are medicinally to help with pain relief and may help improve cognitive function. Because of the capsaicin found in chilis, they are used to increase feelings of heat in the body. They may also support immune function because they’re so rich in vitamin C. Chili peppers are called gochu commonly in Korean. Green peppers are called put-gochu and red are called hong-gochu. An important ingredient in Korean cuisine, Gochugaru, is made from sun-dried peppers that are ground into a powder. 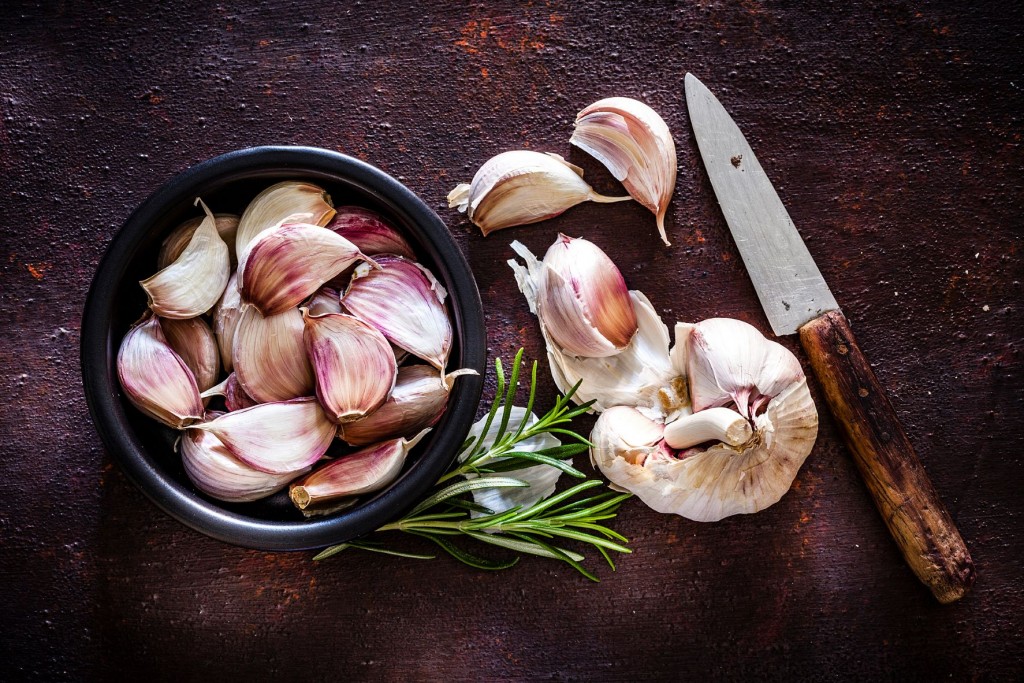 Garlic
Used medicinally for centuries throughout Asia, garlic has potent antiviral properties and has been used to help treat the common cold and flu, as well as diabetes, and hypertension/high blood pressure. It’s a critical component of Korean cuisine, often used minced in sauces or marinades or as whole cloves in broth and soup dishes. You can find it pickled in soy sauce and rice wine vinegar as well. 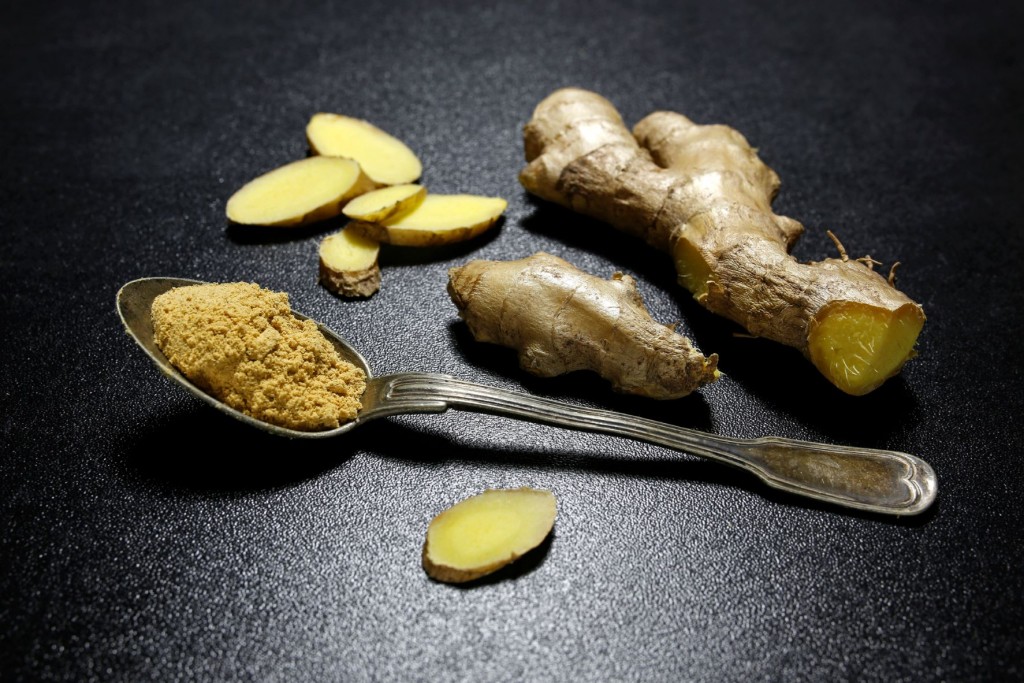 Ginger
Ginger is a root that is used in naturopathic medicine to help soothe the stomach by reducing feelings of nausea and vomiting, as well as other gastric problems such as stomach pain and gas. It is an important flavor in Korean cuisine and commonly used with garlic in marinades or kimchi (fermented cabbage and radish). It is also made into tea. 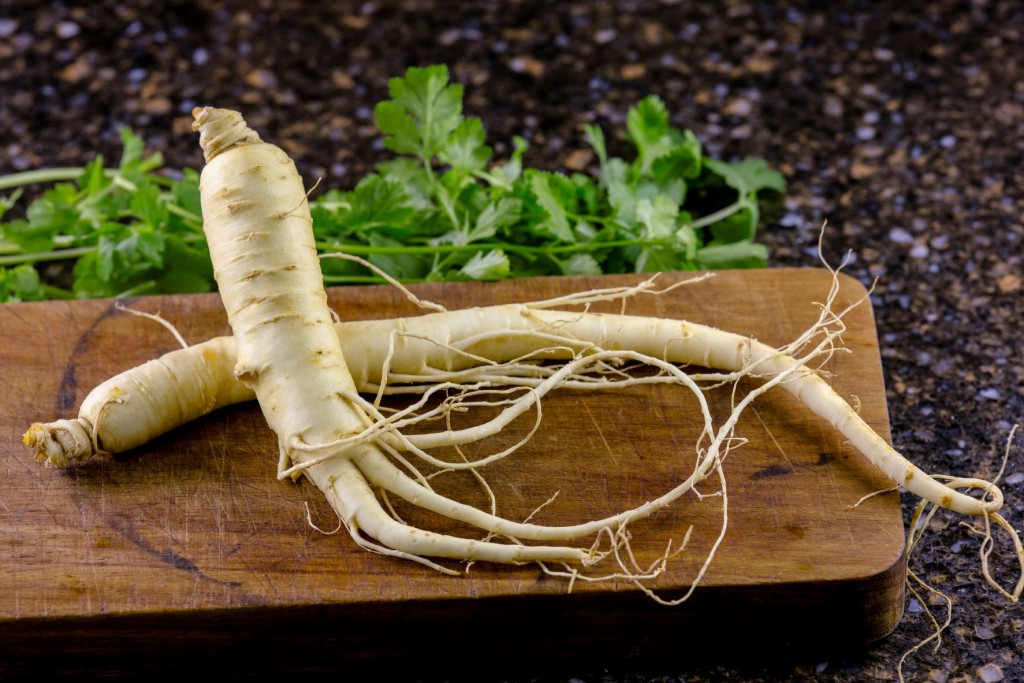 Ginseng
Native to Southeast Russia, northern China, Korea and Japan, Ginseng is used widely for cardiovascular support including to treat high or low blood pressure, heart disease, and clogged arteries. It is also used for cognitive health, diabetes, immune support and bipolar disorder. Though it has many medicinal uses, you will also find it as a feature in Korean cuisine, especially in chicken soup. This famous dish, Samgyetang, is made with sweet or sticky rice, green onion and chicken or Cornish hen. 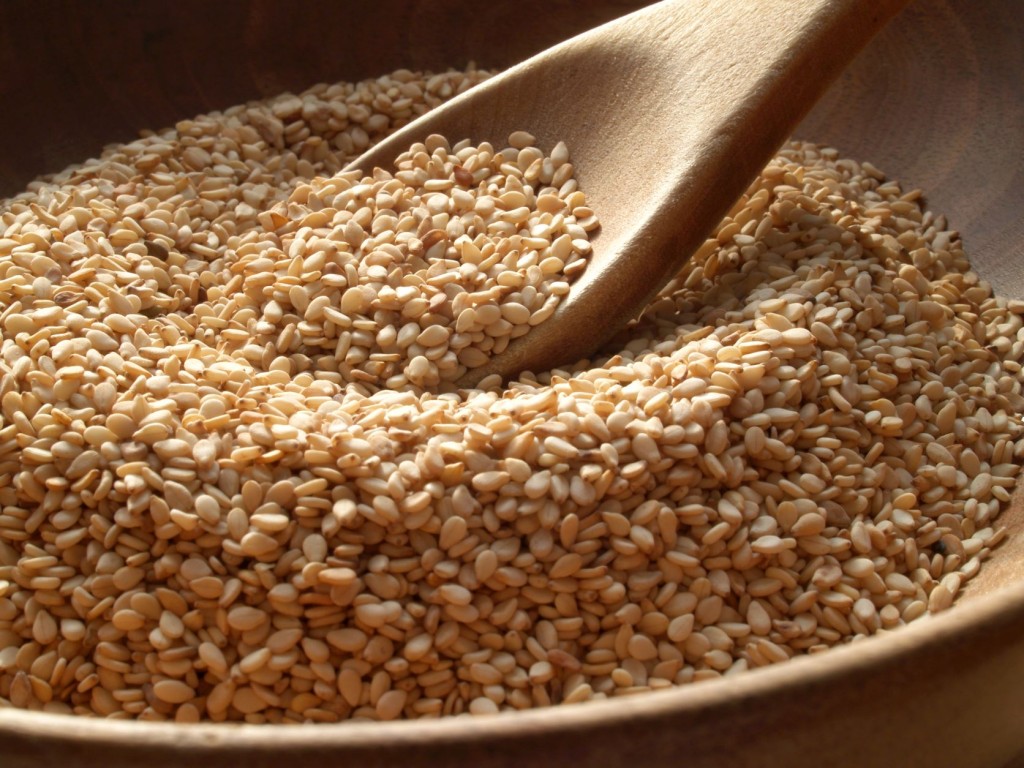 Sesame seed
From the seed of the sesame plant, these seeds can be used medically for a variety of conditions such as to lower high blood pressure, treat anemia, and may even help with cardiovascular health. Sesame is a very common flavor in Korean cuisine, commonly used in seed or oil form for its nutty, aromatic properties. Find sesame seeds in kimchi, beef recipes, or even in the popular “sesame crunch” snack or Kkae Gangjeong