Rise and Shine! The Liver Likes A Cup of Coffee 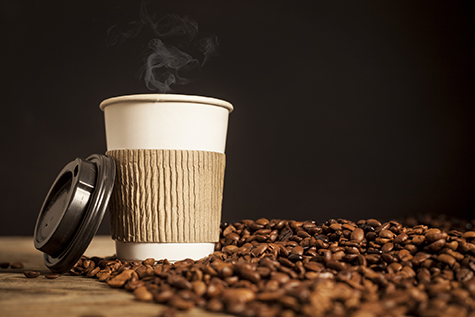 A roundtable report from the Institute for Scientific Information on Coffee summarizes recent information concerning the association between coffee drinking and liver health.

The roundtable, chaired by Professor Graeme Alexander of University College London, included delegates from seven European countries and was held at the Royal Society of Medicine. Findings highlighted in the report include the results of studies that revealed a 25-70% lower risk of cirrhosis of the liver among people who drink coffee, a 25-30% lower risk of chronic liver disease among those who consume low amounts of coffee and up to a 65% lower risk in those who consume high amounts, in comparison with no intake. Meta-analyses have documented a decrease in the risk of liver cancer of up to 40% among coffee drinkers compared with nondrinkers.

Since liver cancer can develop from an existing liver disease, Dr Alexander suggested that coffee’s cancer protective benefit may be due to its effect on underlying disease. “Liver disease is on the rise across Europe and it is important that we understand how coffee, one of the most popular drinks in the world, and diet affects the disease,” he stated. “Research suggests that coffee may reduce the risk of liver diseases and it is important patients have access to dietary information and advice from health care professionals in a manner that is easy for them to understand and act upon.”

“Liver disease is a silent killer as often there are no symptoms until it’s too late,” commented Judi Rhys, who is the Chief Executive of the British Liver Trust. “Coffee is something that is easily accessible to everyone and regularly drinking it – filtered, instant or espresso – may make a difference in preventing and, in some cases, slowing down the progression of liver disease- it is an easy lifestyle choice to make.”