These 2 Popular Foods May Cause You To Gain Weight 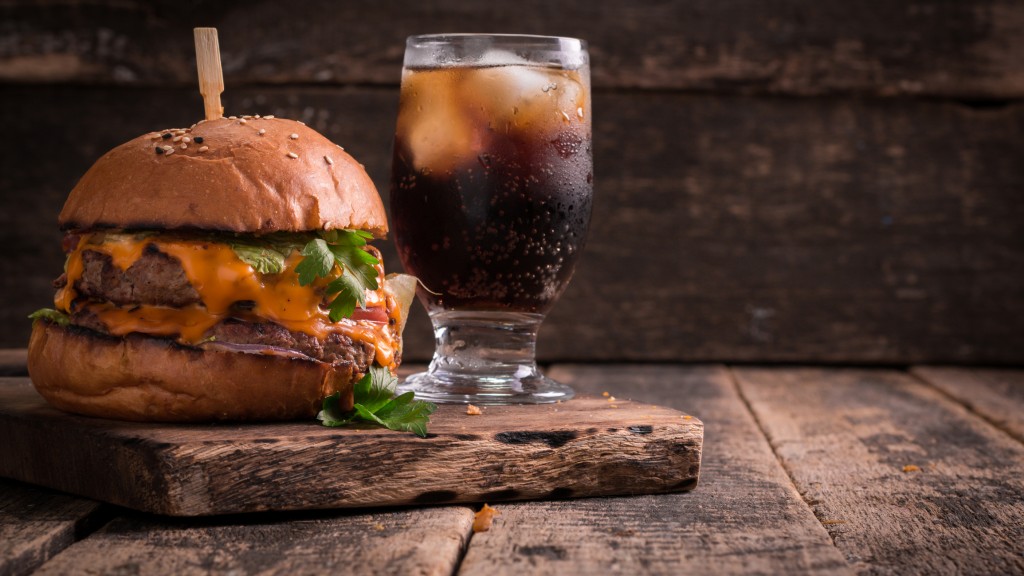 These Popular Foods May Be Sabotaging Your Weight Loss

One of the important health issues of getting older is weight management.  If you’re overweight in middle age, your chances of developing serious disease – like diabetes, heart disease, and even cancer – are greater.  And, like most people over 50, you may have been struggling with maintaining a normal weight or trying to lose some.

If you’re still working, or just too busy to make meals at home regularly, like many of my patients you may be eating at a fast food restaurant several days a week.  You might stop at one on the way to work to pick up breakfast, or grab a quick lunch or dinner.  You try to make smart meal choices as are available on fast food menus and drink diet soda with your meal to cut down on unnecessary sugar.  Is that so bad?

Well, if what Purdue University studies reveal is accurate, then every diet soda (or other artificially sweetened drink) you consume is actually sabotaging your weight loss efforts by boosting your appetite so that you eat more.  According to UCLA Davis, every fast food meal you eat, no matter how smart of a choice it is, actually raises your BMI (body mass index) 0.03 points.  So, eat out at a fast food restaurant a few times a week, and drink several diet sodas per week, and you could be causing yourself to gain weight rather than lose it.

To add to the issue, researchers at UCLA Davis cited information gathered by the World Health Organization to reach their conclusions.  The WHO revealed that fast food consumption had risen, per person in 25 high income countries, from 27 to 33, in the years 1999 and 2008. And, their BMI also rose from 25.8 to 26.4 and that people living in these countries, on average, have been overweight for 15 years. The UCLA researchers concluded that every fast food meal you consume causes your BMI to raise 0.03 points.  A healthy BMI is considered to be between 18.5 and 24.9; 25 to 29.9 is considered overweight; more than 30 is obese.

But are these findings really telling of why people are gaining weight and having trouble losing it?  Another study in San Antonio, Texas followed a group of people – not lab animals – and found that those who drank more diet sodas gained more weight over time.  Yet, one researcher, Barry Popkin, out of North Carolina’s Chapel Hill doesn’t believe it’s the diet soda doing the damage.  It’s the people drinking the diet soda.  He refers to this as the “Big Mac and diet soda” phenomena.  You think you’re being “good” by ordering a no sugar “diet” drink and wind up eating more food in general – fast or otherwise.

As far as upping your BMI with each fast food meal you eat versus home-cooked meals, I question why this should be true.  Yes, typical fast food fare may contain more salt, sugar and fat than foods you would self-prepare at home.  But, a fast-food meal is also a fixed portion whereas at home, cooking your own food, you may wind up eating twice as much.

There have been incidences of people who have actually lost a significant amount of weight eating solely fast food alone, like Jared and his famous Subway-a-day diet or John Cisca, a science teacher, who recently lost 37 lbs eating 3 meals a day at McDonald’s. And, no, he wasn’t just eating the salads.  He ate quarter pounders with cheese, shakes, and had ice cream cones for dessert.

Unlike the man in the Supersize Me documentary, Mr. Cisca had much healthier lab values after his McDonald’s diet than before he started.  Eating 90 fast food meals in 1 month, according to the UCLA study, his BMI should have increased 2.7 points.  But this didn’t happen.  In fact, losing 37 lbs, his BMI decreased a little over 6 – 1 point for every 6 lbs lost.  How could this be? The answer doesn’t lie in whether it was a fast food meal.  Rather, it lies in portion/calorie control of the meal.

So, are the Purdue University, San Antonio, and UCLA studies wrong? I don’t really know.  I do know that if you’re drinking diet sodas but making up for the loss of sugar calories by eating more food – you won’t lose any weight and may wind up gaining it.  Now, I’m not keen on artificial sweeteners, like aspartame and sucralose, in diet sodas for other reasons. But, there are some diet sodas sweetened with stevia, and other natural low-calorie, 0 sugar, sweeteners that you can substitute.

If you are eating a fast food meal once a day, or a few times a week, as long as you work it into your overall, daily calorie intake, and not eating more elsewhere, exercising several times a week, and making sure to get enough nutrients to stay healthy, your BMI should decrease rather than go up.