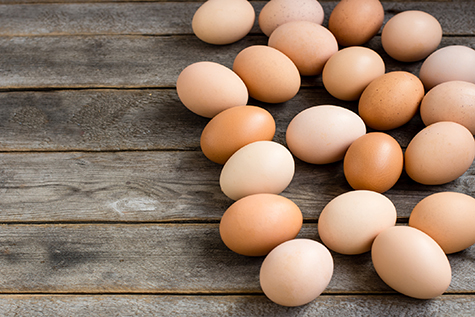 A University of Surrey team said their work suggested most people could eat as many eggs as they wanted without damaging their health, BBC health reported.

The researchers, who analysed several studies of egg nutrition, said the idea that eating more than three eggs a week was bad for health was still widespread. But they said that was a misconception based on out-of-date evidence.

There is cholesterol present in eggs but this does not usually make a great contribution to level of blood cholesterol.

Researchers said eggs were actually a key part of a healthy diet, as they were particularly packed full of nutrients.

The ingrained misconception linking egg consumption to high blood cholesterol and heart disease must be corrected.

The amount of saturated fat in our diet exerts an effect on blood cholesterol that is several times greater than the relatively small amounts of dietary cholesterol.

Researchers said that the public do not need to be limiting the number of eggs they eat – indeed they can be encouraged to include them in a healthy diet as they are one of nature’s most nutritionally dense foods.

While elevated blood cholesterol levels increase the risk of heart disease, only around a third of the cholesterol in the body comes from the diet.

Other factors such as smoking, being overweight and physical activity can influence blood fat and cholesterol levels and heart disease risk.