Problems with the Modern Diet 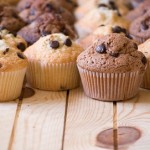 Even if you eat a healthy diet, you may not be absorbing vital fat-soluble nutrients and amino acids needed for optimal health. That’s because with age, we experience a decline in the enzymes our bodies produce to break down foods into absorbable nutrients.

Fortunately, studies show that by supplementing with the right mixture of digestive enzymes, older adults can take meaningful steps to maintain their digestive health. The result can be better digestion, less abdominal distress, and greater assimilation of vital nutrients like vitamins K, D, and omega-3s.

The downside to many digestive enzyme supplements is that they contain specific amylases that facilitate that breakdown of dietary starches into rapidly-absorbed glucose.

The concern is that most aging people already have higher than desirable fasting and after-meal blood glucose levels. A large body of published research documents increased risk of vascular disease, cancer, kidney failure, and diabetic eye problems in response to elevated glucose.

Those with specific medical conditions (like pancreatitis) benefit from digestive enzyme formulas that contain amylases. The typical aging person, however, is better off taking a digestive enzyme formula that facilitates digestion of protein,fibers, and beneficial fats, but does not promote breakdown of starches that are rapidly absorbed as glucose.

This article describes some prevalent digestive problems, including esophageal reflux, and a simple solution that does not promote excess absorption of glucose.

Almost none of the foods we eat could be absorbed into our bloodstreams without the action of powerful enzymes that breakdown food in order to extract vital nutrients. Without this break down of the food matrix, undigested food passes into the colon, where it can lead to bloating, gas, diarrhea, and cramping. But even worse than these uncomfortable symptoms, poorly digested food contributes to the malnutrition that threatens older people who are already facing reduced appetite and changes in muscle and fat stores.

Not surprisingly, poor oral health—even just wearing dentures—can reduce the efficiency of chewing, putting an extra burden on already-taxed digestive enzymes. That’s why supplementing with enzymes is important not just for healthy digestion—but for good health in general.

If we ate a purely raw food diet, we wouldn’t need supplemental digestive enzymes. Raw food contains its own enzymes to help kick-start the digestive process.

Because the modern diet consists primarily of cooked, processed foods, our bodies need to rely almost exclusively on our own natural digestive enzymes. The problem is that as we age, we produce fewer of the enzymes necessary for healthy digestion, which makes it difficult for our bodies to properly breakdown food.

Evidence for Supplementing With Digestive Enzymes

Adding natural enzymes to the human diet is not a new idea. It’s been 70 years since scientists first recognized the importance of enzymes in raw foods to boost human nutrition. Those early scientists noted that providing supplementary enzymes could restore the rapid digestion of foods in the stomach, mimicking the self-digestion that takes place when people consume raw foods.

There’s also a long medical history of using supplementary digestive enzymes in caring for people with various chronic digestive diseases. People with cystic fibrosis take pancreatic enzyme formulas to help them breakdown proteins, fats, and other nutrients they could not digest well otherwise. Individuals with chronic pancreatitis may use lipases to help them breakdown fats.

But there’s growing evidence that suggests that even if you don’t suffer from a specific enzyme deficiency, you may benefit from supplementing with helpful digestive enzymes.

Protein-digesting enzymes called proteases are generated naturally from the pancreas, which channels them into the small intestine via a short duct. Using supplemental proteases eases the burden on the body of producing these complex enzymes entirely on its own. Studies have shown that animals supplemented with proteases experience enhanced digestion.

One important reason to supplement with proteases is to reduce the risk of intolerance reactions to foods such as meat proteins, gluten (from wheat) and casein (from milk). The structures of these food molecules make them relatively resistant to the limited enzymatic activity in the aging digestive tract. When proteins arrive relatively undigested in the lower intestinal tract, they can trigger inflammation, excessive mucous production, cramping, and even bleeding. Millions of people suffer from gluten intolerance or milk protein intolerance. Fortunately, the use of supplemental proteases may help ease their discomfort.

Aging individuals may receive the greatest potential benefits from supplementing with protease enzymes in order to speed protein digestion. Scientists speak of fast and slow digesting proteins. These terms indicate how rapidly amino acids are released from the protein in the intestine, how completely they are absorbed into the bloodstream, and how efficiently they are put to work generating healthy new proteins in the body following a meal.

Because of the decline in enzyme production with age, and also the loss of ability to thoroughly chew foods, older people lose the ability to break down fast-digesting proteins that include meat and the dairy protein, called whey. That puts older people at increased risk for poor protein absorption and malnutrition.

Additionally, for aging adults, supplementation with extra protein-digesting enzymes could help them convert foods typically containing slow-digesting proteins that include the dairy protein, casein, into those that are more rapidly broken down.

This idea is further supported by studies showing that predigested proteins already broken down into amino acids, result in more rapid and complete appearance of amino acids into the bloodstream, and greater incorporation into healthy new proteins.

Finally, in athletes and others who use concentrated protein supplements, it has been shown that adding a blend of protein-digesting enzymes to their regimen can afford more complete protein breakdown, allowing people to achieve the full benefit of their additional protein intake. That’s important, because excessively high concentrations of protein in the digestive tract may overwhelm the existing enzymes’ ability to fully break down the proteins.

Even if you don’t suffer from an overt pancreatic disorder, you could still benefit from lipase supplementation. One critical role of lipase enzymes is to facilitate absorption of vital fat-soluble nutrients such as omega-3 fatty acids, along with vitamin D, vitamin K, lutein, and gamma tocopherol.

Normal human starch-digesting enzymes are collectively called amylases. Amylases break down the bonds between sugar molecules in starches, releasing the sugar for immediate absorption. A rapid release of sugars from starches produces the dangerous after-meal surge in blood glucose that damages heart muscle and blood vessels. Most otherwise healthy humans, therefore, have no need for supplementary amylase. In fact, amylase-blockers play a useful role in combating overweight and sugar surges.

On the other hand, humans do not have digestive enzymes to process cellulose, or plant fiber, that is part of broccoli and other vegetables, which pass through the intestinal tract undigested by human enzymes. What happens when these foods are eaten is that organisms living in the large intestine break down the plant cellulose into molecules that are then fermented. This fermentation process draws fluid into the colon and produces bloating and gas, which keeps many people from eating healthy vegetables like broccoli.

To prevent these fiber-related complications, supplements with cellulose-digesting enzymes such as cellulase, hemicellulase, phytase, beta-glucanase, pectinase, and xylanase can convert cellulose into smaller molecules that can then pass harmlessly through the intestinal tract. The result is a smoother digestion of tough vegetable fiber and an increased availability for absorption of beneficial compounds contained in healthy plant foods.

If you find yourself reaching for drugs like Alka-Seltzer® or Pepto-Bismol® to relieve chronic digestive problems, you could have bigger health problems than you realize. Those OTC drugs might temporarily ease your symptoms, but they’re doing absolutely nothing to target the underlying cause of the problem. If that underlying cause goes unchecked, you could be setting yourself up for a host of health issues that are much more devastating than gas or bloating such as food intolerance and malnutrition (in older adults).

Drugs like Prilosec® and Prevacid® suppress stomach acid secretion, but do so at the expense of poorer digestion. Even when stomach acid production is blocked, gastric contents and bile secreted by the liver can still reflux back into the esophagusand cause heartburn and irritation that lead to serious disease. Those who suffer esophageal reflux don’t want undigested food remaining in the stomach any longer than it has to.

Gradual deterioration of digestive function doesn’t have to be an inevitable part of aging. The right combination of enzymes can mitigate the embarrassing, uncomfortable, and occasionally dangerous consequences of incomplete food digestion.

Digestive enzyme supplements promote complete digestion of food in the stomach and upper small intestine. That prevents undigested food from reaching the colon, where normal bacteria ferment it to produce gas, liquid, and the unpleasant symptoms of a poorly-regulated digestion.

The main problem with most digestive enzyme supplements is that they facilitate the breakdown of starches into simple sugars that are rapidly absorbed as glucose into the bloodstream. Because of its widespread deleterious effects on health, excess glucose is a leading cause of disability and death in modern societies.

Even if one consumed no carbohydrates, the body would still have plenty of glucose because the liver efficiently converts protein (and fatty acids) into glucose through a process known as gluconeogenesis.

It is far more logical to take a digestive enzyme supplement loaded with protease and lipase, and specialized cellulases. That way, one facilitates digestion of vital amino acids, plants, and fat-soluble nutrients without creating dangerousglucose spikes.