Is Poor Diet Behind The Teenage Mental Health Crisis? 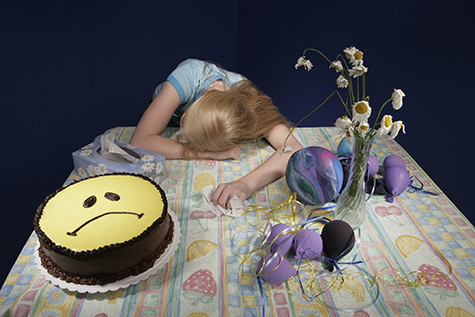 Fiona Hunter, one of the UK’s leading nutritionists, takes a look at the possible correlation between the emerging mental health crisis in teenagers and how this could be linked to the lack of vital vitamins and minerals in teenagers.

This week, research found that young people aged 16 to 25 are the unhappiest generation in a decade, with one in four feeling ‘hopeless’ on a regular basis, and nearly half having experienced a mental health problem. Eating a healthy balanced diet is not usually high up on the ‘to-do’ list for most teenagers and young adults – one reason is that they feel invincible, things like heart disease and cancer are problems that ‘old’ people need to worry about. They feel fit and healthy and have plenty of energy so why do they worry about what they eat?

What they don’t know is that the seeds of many of the diseases that people suffer from later in life are sown early in life. Indeed, autopsies carried out on soldiers, fit young men, who died in the Iraq and Afghanistan wars, found that one in 12 showed early signs of heart disease. Even young wellness warriors aren’t guaranteed to get all the nutrients they need from their diet – in fact many experts warn that they may have an even greater risk of deficiency because of their restrictive diets. But do they realize what it’s doing to their mental health?

Recently published findings from the National Diet and Nutrition Survey (NDNS) revealed that many teenagers have shockingly low levels of several key vitamins and minerals, which say experts, may be linked with the rise in mental health problems but it also means they are storing up all sorts of health problems for later in life.

As the Princes Trust report highlights, “emotional well being is made up of a number of different factors,” Dr Jen Nash, a clinical psychologist who specializes in food behavior and founder of Eating Blueprint, says. “The decrease in balanced nutrition shown on the NDNS report can only serve to influence the rise in emotional instability, given that the brain, moods and cognition are influenced by dietary factors.”

“Nutritional intake is a factor that parents have little control of outside the home, so if we can do our best to ensure our teenagers are achieving a wide range of vitamins and minerals when they are at home, all the better.”

Schools and colleges also have an important role to play to ensure choices available are led by nutritional needs of growing bodies and minds. Teenagers are simply not getting enough of what they need. 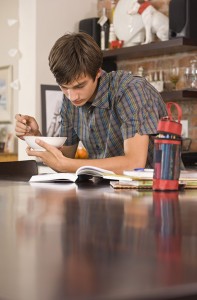 One of the most shocking findings from the NDNS was the fact that only eight percent of young people aged between 11-18 ate the recommended five or more portions of fruits and or vegetables – with the average intake being a meager 2.8 portions a day. Given the lack of fruits and vegetables that young people are eating it’s no surprise that NDNS also found that key nutrients found in fruits and veggies like the B vitamin folate and the minerals magnesium and potassium were also low.

Almost in one in three girls (28 percent) aged between 11-18 had levels of folate in their red blood cells which is indicative of a long-term deficiency of folate. Low levels of folate and omega-3 fats, also known to be lacking in teenagers diet have also been liked with depression and other mental health problems.

Another real cause for concern is the number of young people who fail to get enough calcium in their diet. Calcium is particularly important for children, teenagers and young adults because their bones are still growing and this is when calcium is laid down in the bones – the more calcium that is deposited in the bones while they are growing the lower the risk of osteoporosis later in life.

Osteoporosis affects one in two women and one in five men over the age of 50 in the UK but the window of opportunity of reducing the risk later in life is while the bones are still growing.

We can’t just blame sugar and obesity The results of the NDNS make scary reading because it suggests that teenagers represent a ticking time bomb for health problems. The scary thing is that its not simply one or two vitamins that they are missing out on it’s a whole host and this nutrient gap has been largely ignored as we focus on things like sugar, and obesity, which of course are important but we need to remember that they are only part of the picture.

WHAT TEENS LACK… In the 11-18 age group intakes of several vitamins and minerals were shockingly low, the NDNS revealed.