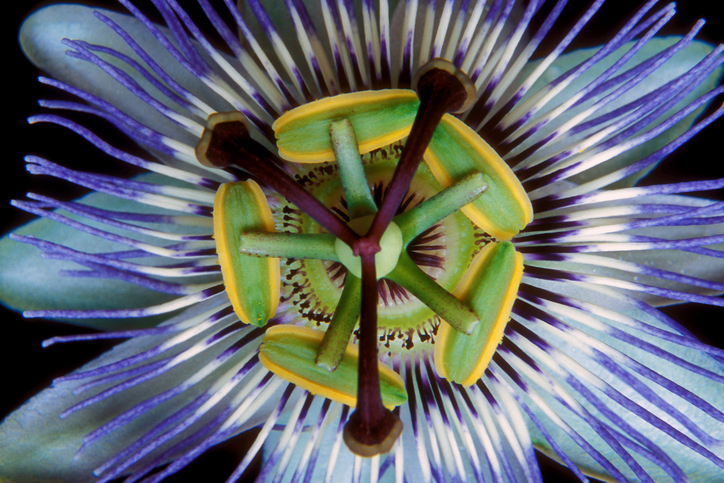 Purple passion flower is an indigenous herb used both in food as well as medicinally also called Passionflower or Passiflora incarnata. You may also recognize it as Wild Passionflower, apricot Vine, Holy-Trinity flower, or Maypop. Dried aerial parts of this flower have been used as both a sedative and hypnotic for sleep and relaxation. This herb has also been used to help with gastrointestinal distress caused by nerves. There is evidence that Native American tribes including the Houma and Cherokee used it both in their diets as well as medicinally. Purple Passionflower is a perennial vine that blooms in the summer and is native to the Southeastern U.S. 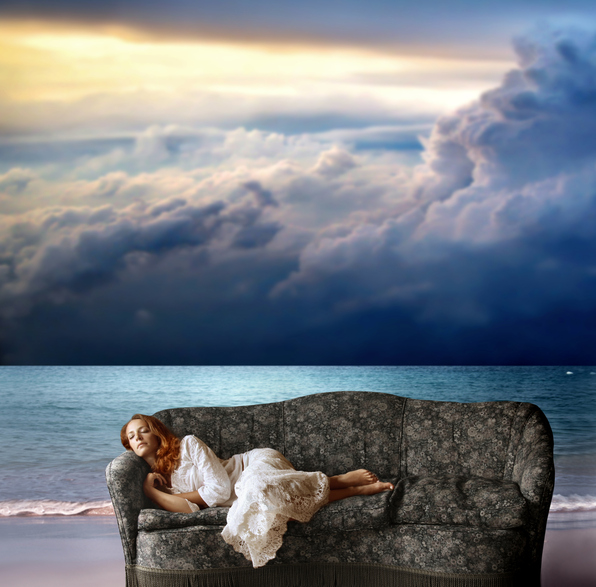 You can find Passionflower in liquid extracts and tea, dried herb preparations and tinctures but always choose a product that has been third-party tested for safety and quality. Passionflower is one of many supplements whose herbal standards did not match the label on their product bottle when investigated. Keep in mind that there are more than 40 species of Passiflora but the constituents that appear to be active and provide health benefits in these preparations include antioxidant flavonoids like vitexin, isovitexin, coumarin, apigenin, and maltol.

The strongest evidence for Passionflower is for both controlling anxiety and mood. It has been shown to decrease some symptoms of adjustment disorder though these studies also used other herbs simultaneously. There is hope for using Passionflower to reduce general anxiety. It has even been compared in studies to anxiety reducing medications and performed well. The antioxidant flavonoid Chrysin in Passionflower appears to cause the anti-anxiety effect. 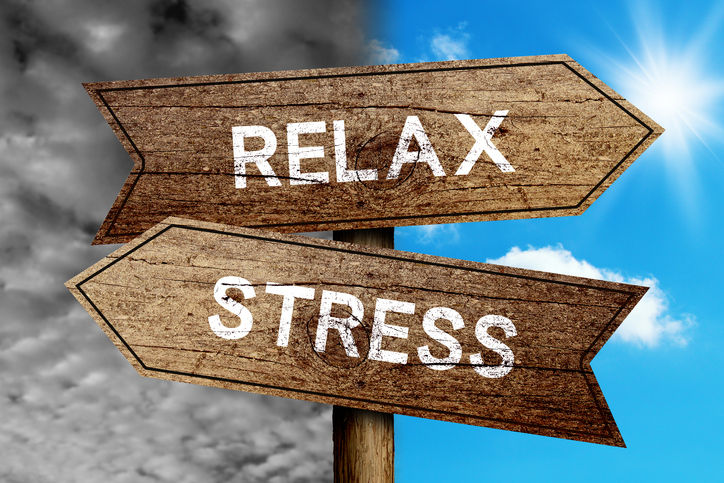 There isn’t enough evidence yet to recommend Passionflower to improve insomnia or sleep problems but there has been some preliminary research on this topic as well. Because Passionflower may work as a sedative or relaxant, it is not safe to use with herbs or medications such that depress the central nervous system. There are also potential interactions with blood pressure reducing herbs or medications so work with your medical provider before starting an herb like Passionflower.

Aside from relaxation and anxiety relief, Passionflower is also used to balance hormones. It is used to reduce menopausal symptoms and there is research available on the potential use of increasing the male libido. The antioxidant flavonoid Chrysin which is found in Passionflower may help block the conversion of androgen hormones into estrogen which would increase testosterone levels in the body. Other reasons people may use Passionflower include pain relief including for support during fibromyalgia flares. 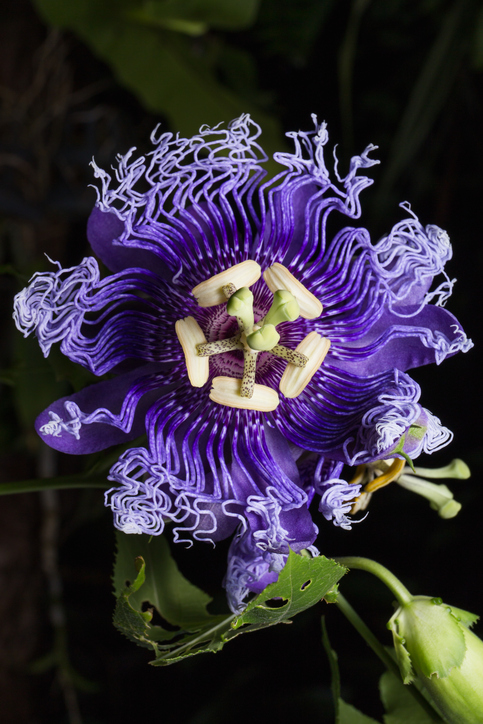 Unfortunately, at this time, research is very limited on the effects or dosing of this herb. Using it in food appears to be safe because it is on the Generally Recognized as Safe (GRAS) list in the U.S. There have been several reports of negative side-effects when taking this herb in supplement form though many were in conjunction with blended products that contained more than just Passionflower. It is unsafe to use during pregnancy as it may cause uterine contractions. In general, Passionflower isn’t widely used on its own and is often found in combination with other herbs in products to reduce anxiety or aid in sleep which can confound the research on how safe and effective the product really is.

What have you heard about Passionflower? Let us know of any successes or experience you’ve had with this type of herb!