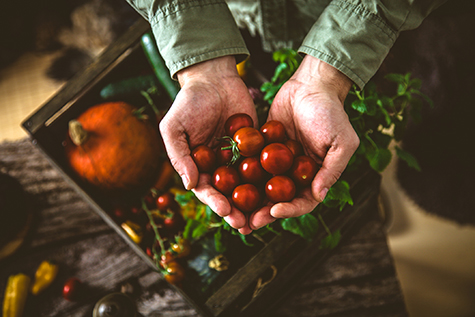 To reduce your risk of cancer, you know you should quit smoking, exercise regularly, wear sunscreen, and take advantage of screening tests. New research suggests another item might be added to this list: Choose organic foods over conventional ones.

A study of nearly 70,000 French adults who were tracked for an average of 4.5 years found that those who ate the most organic foods were less likely to develop certain kinds of cancer than the people who ate the least.

Because of the way the study was conducted, it is impossible to say that the organic foods people ate were the reason why they had fewer cases of cancer. But the results are significant enough to warrant follow-up studies, the researchers wrote.

“Further research is required to identify which specific factors are responsible for potential protective effects of organic food consumption on cancer risk,” they wrote Monday in the journal JAMA Internal Medicine.

The researchers have an idea about what factors those may be: pesticides. At least three of them ? glyphosate, malathion and diazinon ? probably cause cancer, and others may be carcinogenic as well, according to the International Agency for Research on Cancer.

“Organic products are less likely to contain pesticide residues than conventional foods,” they wrote. That’s because the rules farmers must follow in order to use the organic label generally prohibit the use of synthetic pesticides (although pesticides based on natural compounds like hydrogen peroxide and soaps are allowed).

Previous studies have found that pesticide residue is more prevalent on conventionally grown produce than on its organic counterparts. For instance, a report out this year from the European Food Safety Authority found residue from one or more pesticides on 44 percent of the conventionally produced food samples that were tested. Meanwhile, 6.5 percent of the organic food samples tested had detectable pesticide residues. 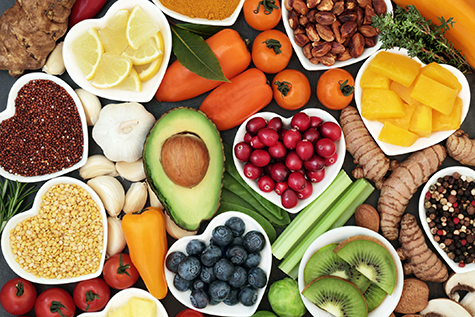 In the U.S., more than 9 out of 10 people have measurable amounts of pesticides in their urine or their blood, and these concentrations are known to fall when people switch from conventionally produced foods to organic ones.

Consuming fewer pesticide-related chemicals certainly seems like a good idea. But whether that’s associated with an actual health benefit is unclear.

So a team from Inserm, the French equivalent of the U.S. National Institutes of Health, went looking for data.

In an ideal world, they would recruit thousands of volunteers and randomly divide them into two groups: one that follows an organic diet and one that doesn’t. They would monitor these volunteers to make sure they were keeping to their assigned diets and observe the other things they do that could influence their cancer risk. Then, after many years, they would count up the number of cancers diagnosed in each of the groups and see if there was a difference that could be explained only by the amount of organic food they ate.

But this is not an ideal world, so the researchers had to make do with the data that were available.

They focused on people who joined a large, ongoing health and nutrition study starting in 2009. They were questioned about 16 categories of foods ? including fruits, vegetables, eggs and wine ? and how often they ate organic versions of them. Once a year, they provided health updates, including whether they had been diagnosed with cancer. 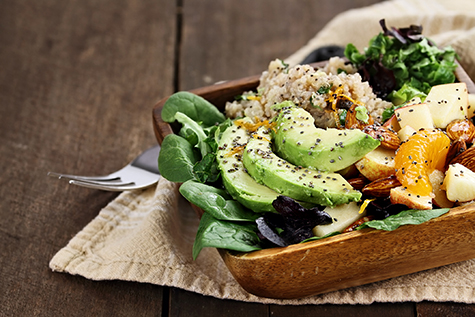 By the end of 2016, there were 68,946 French adults who met all of these criteria and were included in the analysis. Their average age when they joined the study was 44, and 78 percent of them were women.

The study authors ranked the volunteers according to how frequently they ate organic foods and divided them into four equally sized groups. This revealed that the people who ate organic food most often had higher incomes, more education and higher-status jobs. They were also more likely to exercise, to have quit smoking, and to eat higher amounts of healthful foods such as fruits and vegetables. All of these things are associated with a lower risk of cancer.

When they considered each type of cancer separately, they found that only three had a statistically significant association with organic food consumption.

One of them was postmenopausal breast cancer: The women who ate organic foods most often were 34 percent less likely to receive this diagnosis than women who ate organic foods the least. (There were hints of reduced risk for premenopausal breast cancers as well, but the difference was smaller and could have been due to chance.)

Another was non-Hodgkin’s lymphoma: The most frequent eaters of organic foods were 86 percent less likely to get this form of cancer than their counterparts on the other end of the spectrum. The difference between the two groups was just barely big enough to be statistically significant.

Some of these findings were in line with past studies, and some were not. In particular, the French researchers compared their results with data from the Million Women Study in the United Kingdom. In the Million Women Study, participants who ate organic food regularly had a 21 percent lower risk of non-Hodgkin’s lymphoma than participants who didn’t eat organic food at all. However, there was no reduction in overall cancer risk, and the risk of breast cancer was slightly higher among women who ate organic food routinely than it was for women who didn’t eat it at all.

“It now seems important to evaluate chronic effects of low-dose pesticide residue exposure from the diet,” the French researchers concluded.

A team from the Harvard T. H. Chan School of Public Health noted several strengths of the new report in a commentary that was also published Monday.

Glyphosate, malathion and diazinon have all been associated with non-Hodgkin’s lymphoma, so the researchers may be on to something, the Harvard authors wrote. They also praised the study for including tens of thousands of people and following them prospectively instead of retrospectively.

But there are also several shortcomings that limit the strength of the study’s results, they added.

For instance, no attempt was made to confirm people’s claims about the amount of organic food they ate. The French researchers also assumed that the more organic foods a person ate, the lower their exposure to pesticide residue would be. This may be true, but there is no data to back it up.