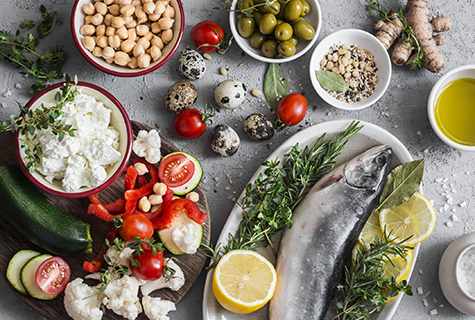 “The Mediterranean diet, which is characterized by a high proportion of fruits, vegetables, cereals, fish, extra-virgin olive oil, etc., could reduce chronic systemic inflammation thanks to the anti-inflammatory properties of these foods,” she said in an email.

Some people seem to inherit a susceptibility to developing psoriasis, noted Dr. Laura Ferris, an associate professor of dermatology at the University of Pittsburgh, who wasn’t involved in the study.

Phan and her colleagues tapped into a large ongoing French health study that had collected dietary information on 158,361 volunteers over two years. The researchers sent all of the study participants a link to an online psoriasis questionnaire. Of the 35,735 who filled out the questionnaire, 3,557 reported they had psoriasis, with 878 saying it was severe. 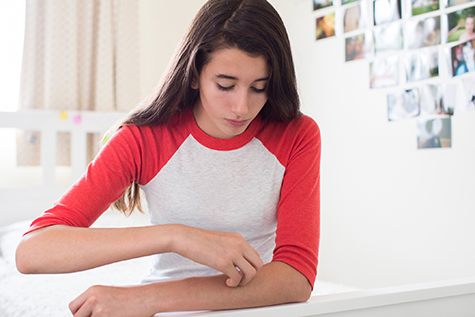 The researchers rated volunteers’ eating habits according to how closely they followed the Mediterranean diet. Previous studies have found the diet is associated with a lower risk of chronic systemic inflammation, which has been linked to heart disease as well as conditions like psoriasis.

After taking into account other lifestyle and health factors that can raise the risk of psoriasis, researchers found that severe cases of the disease were less likely in people whose eating habits were more similar to the Mediterranean diet.

The study found no association between diet and the onset of psoriasis.

The researchers did, however, find an association between psoriasis severity and several other factors, including BMI, smoking, activity levels, heart disease, high triglycerides, high blood pressure, diabetes and depression.

While the study doesn’t prove that consuming a Mediterranean diet will lessen the severity of psoriasis, “it raises some interesting questions and is provocative,” said Dr. Jonathan Silverberg, an associate professor of dermatology, preventive medicine and medical social sciences at the Northwestern University Feinberg School of Medicine in Chicago and director of the Eczema Center at Northwestern Medicine. “Other studies have suggested a connection. So this would be confirmatory of those studies.”

What an observational study like this one cannot show is whether the Mediterranean diet is causing improvement or whether there’s some factor shared by people who eat this way that is helping with psoriasis, said Silverberg, who was not involved in the new research.

But it takes studies like this to spur other researchers to do the randomized controlled clinical trials that could answer that question, Silverberg said. Even if it’s shown that the Mediterranean diet can help improve symptoms, “I doubt it would be effective enough to replace the myriad treatment options we now use in clinical practice,” Silverberg said. But doctors might be able to use it as an add-on treatment strategy, he noted.

For now though, it might make sense to steer patients toward a Mediterranean diet because there’s little downside, Ferris said. Moreover, “there is an association between following the Mediterranean diet and other health benefits,” she explained. “And maybe it will help with psoriasis.”