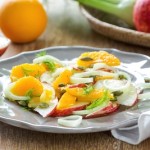 A study reported online on September 19, 2014 in the Journal of Human Nutrition and Dietetics reveals widespread failure among most U.S. adults to obtain sufficient amounts of important nutrients in their diets.

Ruopeng An of the University of Illinois at Urbana-Champaign and his colleagues evaluated data from 11,811 men and women enrolled in the National Health and Nutrition Examination surveys 2007-2008 and 2009-2010. Over 4,200 subjects qualified as disabled. Twenty-four hour dietary recall questionnaire responses were analyzed for nutrient in intake from food and supplements.

“We conducted statistical analyses to compare people with and without disabilities in terms of nutrient intake,” reported Dr An. “We found that American people consume much lower amounts of nutrients than are recommended. For example, only 11.3 percent of people meet the daily recommended intake of fiber. Only 4.7 percent of adults consume recommended amounts of potassium.”

Dietary supplement use was associated with improvement in vitamin C and D, and calcium intake. Among men and women with disabilities, the likeliness of meeting dietary guideline recommendations was significantly less than that of nondisabled subjects for fiber, vitamin A, vitamin C, calcium and potassium.

“In general, people with disabilities are also disadvantaged nutritionally compared with people without disabilities, even though the bar is already so low,” Dr An observed. “Physically, financially and mentally, they have different barriers to accessing healthy food.”

“Policymakers and activists for the disabled traditionally have focused primarily on improving transportation options and the physical accessibility of buildings, roads, paths and parking lots,” he remarked. “Now it’s time for them to turn their attention to the nutritional challenges that confront people with disabilities.”