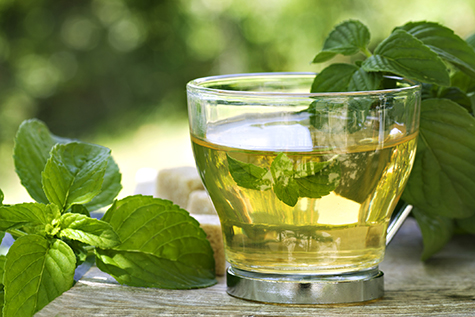 A report appearing on June 1, 2018 in the Journal of Biological Chemistry suggests that the green tea compound epigallocatechin-3-gallate (EGCG) could help dissolve atherosclerotic plaque associated with heart attack and stroke. The compound is currently under investigation in regard to its ability to reduce amyloid plaque in the brain, which is associated with Alzheimer’s disease.

Researchers at Lancaster University and the University of Leeds found that EGCG binds to the amyloid fibers of apolipoprotein A-1 (apoA-1), which can form amyloid deposits in arterial plaques similar to those that occur in the brains of Alzheimer’s disease patients. These deposits enlarge plaque and make it less stable, which increases the risk of cardiovascular events. The binding of EGCG to apoA-1 amyloid fibers results in the conversion of the fibers to smaller soluble molecules that are less damaging. The team is seeking a method of delivering significant amounts of EGCG into the bloodstream without the need to drink large quantities of green tea.

“The health benefits of green tea have been widely promoted and it has been known for some time that EGCG can alter the structures of amyloid plaques associated with Alzheimer’s disease,” commented researcher David Middleton who is a Professor in Chemistry at Lancaster University. “Our results show that this intriguing compound might also be effective against the types of plaques which can cause heart attacks and strokes.”

“The findings of this round of studies are very encouraging,” commented coauthor Professor Sheena Radford, who is the Director of the Astbury Centre for Structural Molecular Biology at the University of Leeds. “We now need to apply the best scientific techniques to find how we can take the molecular EGCG element from green tea and turn it into a functioning tool to combat life-limiting health issues.”