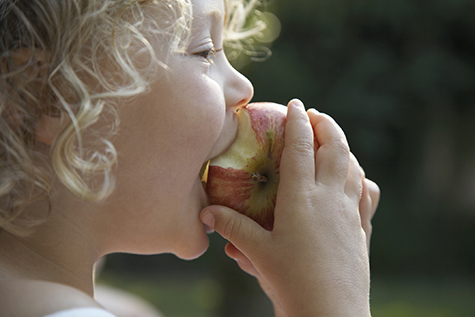 In an interview with his home state newspaper, The Oklahoman, Pruitt said he aborted a scheduled ban on chlorpyrifos – a pesticide the EPA’s own scientists had found could harm kids’ brains – because “it had been used for decades.” He also cited disagreement over the pesticide’s dangers between EPA scientists and the Department of Agriculture, which consistently advocates on behalf of the industry it’s charged with regulating.

“By Scott Pruitt’s logic, we should have kept putting lead in gasoline to improve gas mileage and spraying DDT in neighborhoods to kill mosquitos,” said Cook. “Those things had been done for decades, too, and apologists for the auto and pesticide industries wanted to keep doing it.”

Even with mounting scientific evidence showing that children’s brain and nervous systems could be damaged from even trace amounts of chlorpyrifos exposure from food, and with the venerable American Academy of Pediatrics strongly urging Pruitt to reconsider his decision on behalf of children’s health, Pruitt still would not budge.

“You don’t do those things lightly,” Pruitt told the paper when questioned about his decision.

“It used to be an easy call for the head of the EPA to side with protecting children from pollution, instead of the narrow interests of the pesticide industry,” said Cook. “But, it is abundantly clear that Scott Pruitt has no sense of what it means to hold the most powerful public health protection position on the planet. He makes Anne Gorsuch look like Rachel Carson.”

Anne Gorsuch was administrator of the EPA under President Reagan and was considered, at that time, to be the most hostile head of the the agency in history. Gorsuch resigned in disgrace in March 1983 after being cited for contempt of Congress after she refused to turn over records about mismanagement of the Superfund toxic waste site cleanup program.