Can a Ketogenic Diet Treat Epilepsy? 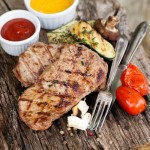 Epilepsy can develop at any age, but it’s most often seen in children and older adults. If it’s not controlled, it can be a devastating disease.

Before anti-convulsants were discovered, the ketogenic diet was actually the standard treatment, but now it’s rarely even mentioned in the conventional world.

As such, we hope to shed some light on this effective treatment in this post.

A seizure is the result of excess electrical activity in the brain. The most famous type of seizure is the Grand Mal in which the entire body convulses. The exact cause is unknown.

Currently, the standard of care is anti-epileptic drugs. They work by “quieting” the brain. These drugs are very expensive and come with a host of side effects that include drowsiness, fatigue, blurry vision, headaches, memory and thinking problems, and weight gain.

It’s not surprising that many epileptics look for alternatives.

How Does the Ketogenic Diet Work?

Hippocrates first noticed that fasting could stop convulsions. This is pretty much how the ketogenic diet works. It simulates fasting in the body.

The ketogenic diet is very low in carbohydrates. Approximately 80% of the calories come from fats. Fats and proteins are broken down into ketones to fuel metabolism. It’s not 100% sure how this diet works, but it seems that the ketones have anti-convulsant effects.

The ketogenic diet started in the 1920s. It was once the standard of treatment for epilepsy, but it fell out of favor once anti-convulsants came into the market.

Today, the diet is becoming popular again. Many are choosing the ketogenic diet and seeing great results. Anecdotal reports abound, but the research itself is rather impressive.

In a review of 11 studies, over 50 percent of children following a ketogenic diet had a greater than 50 percent reduction in seizures. Approximately 16 percent of the children became seizure-free.

In other research that analyzed 1,084 patients, over half of the kids who followed the diet experienced a 90 percent reduction in seizure episodes, with 24 percent becoming seizure-free.

The diet is usually suggested for children, but adults have also experienced a reduced incidence of seizures.

Is the Ketogenic Diet Right for You?

The ketogenic diet is not a “cure.” It has helped many control their epilepsy, but once a regular diet is resumed, the seizures can come back. The plus side is that people can live a rather healthy lifestyle without the harsh side effects of anti-epileptic drugs. But it still does take hard work.

If you’re seriously thinking about this therapy, consult with an epileptologist. These are neurologists who specialize in epilepsy. Also, work with a ketogenic dietitian.

These dietitians make specific dietary programs for the patient using mathematical calculations (it’s that specific!). Ketogenic diets have to be monitored and planned very carefully to work. It has to be adhered to very strictly.

Few ketogenic dietitians are in practice. To find them, look for level 4 epilepsy centers.