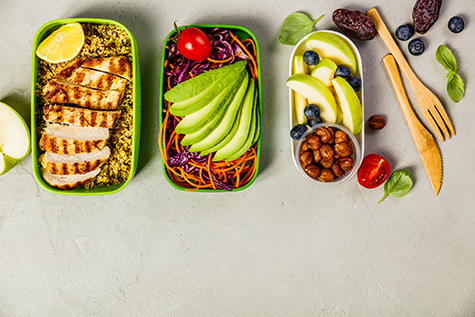 Research presented on February 11, 2019 at FAPESP (São Paulo Research Foundation) Week London supports the potential for calorie restriction to protect against several diseases. The studies were conducted under the auspices of the Center for Research on Redox Processes in Biomedicine, which is funded by FAPESP. “We are looking at how changes to the diet affect metabolism and how that ends up changing the odds of having diseases associated with aging,” commented researcher Alicia Kowaltowski, of the University of São Paulo.

In one experiment, a group of mice was allowed to consume as much food as they desired, and the number of calories consumed daily was calculated. Another group was given a diet that contained 40% fewer calories than the number consumed by the unrestricted mice. After two weeks, the animals received injections of a compound that causes seizures and the death of neurons. Mice that received low calorie diets were protected against seizures, which suggests an ability of calorie restriction to prevent the death of neurons that characterizes neurodegenerative diseases.

In other research, blood serum from mice given varying amounts of calories was administered to cultured beta cells (which produce insulin). Cells treated with serum from animals who consumed fewer calories exhibited normal insulin secretion, while beta cells from animals who consumed a high number of calories and became obese did not release insulin normally. “Obese individuals are much more likely to have age-related diseases,” Dr Kowaltowski noted. “This includes neurodegenerative diseases like Alzheimer’s, proliferative diseases like cancer, and metabolic diseases themselves, such as type 2 diabetes, hyperlipidemia, heart attack and cerebrovascular accident.”

“That’s why if we try to understand the mechanisms through which obesity increases those diseases, we will have more tools to fight and prevent them,” she concluded.