Black Pepper Shakes Up the Benefits 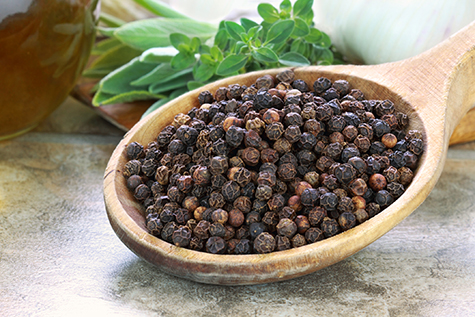 Black pepper is a household staple that is likely sitting on your kitchen counter right now. One of the most widely used and common spices in the world, it is a well-known flavor in many types of cooking. But it also has some medicinal and topical uses as well. The active compound, piperine, has shown promise for health benefits when eaten, and also when used as an essential oil. There is evidence that black pepper was used in kitchens dating back to 2000 BC in India. Reference to this spice also shows up in Greek and Roman texts. It has been a culinary favorite for a very long time. Like so many herbs and spices, black pepper can be used medicinally as well in recipes. 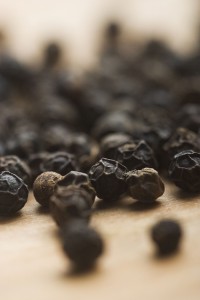 This spice is native to tropical Asian countries including India. Black and white pepper are both from the same species, Piper nigrum. Pepper is on the generally recognized as safe list (GRAS) when eaten in normal amounts in food and contains antioxidants including piperine which may exhibit pain relieving effects. It may also act as an antibacterial, antifungal, and anti-parasite. In animal studies, it has shown promise as an antidepressant to support the mood. In animal and lab settings, there are also some interesting anti-cancer/anti-tumor effects that have been shown. Keep in mind that studies in humans are limited, especially with concentrated sources of black pepper given medicinally.

Black pepper can also be used topically. As an essential oil, it has warming and calming properties. Some people use it to relieve muscle tension and sooth tendonitis as well as symptoms of arthritis and joint pain. Studies have shown that when patients use a cream containing black pepper topically, they experienced reduced pain and significant improvements in symptoms. Keep in mind that when used as an essential oil, black pepper should be used in small amounts with a carrier oil like coconut or jojoba as it may irritate sensitive skin. 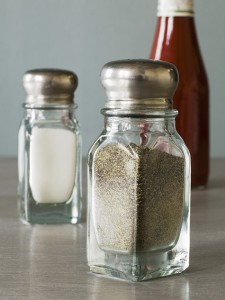 As always, there are some safety considerations with black pepper. When ingested at high levels or taken as a supplement, it can cause gastrointestinal upset in some people.  If aspirated or inhaled, there have been reports of fatality so be sure to discuss with a doctor before using black pepper medicinally, especially if it has to do with inhalation. Extracts have shown toxic in animal studies when given in large doses. Again, in food, there have not been adverse effects reported and black pepper is a safe and delicious spice to include in your diet.

Interestingly, there are some drug interactions with black pepper – especially if taken in concentrated doses such as a supplement. These considerations are not worrisome if black pepper is simply being consumed in the diet. Use caution with anti-diabetes drugs, anticoagulant or blood thinning drugs, amoxycillin antibiotic, lithium, and any cytochrome P450 drugs as there are interactions with black pepper supplements. Similarly, black pepper in concentrated doses can interfere with some herbs and supplements including those that act as blood thinners, that lower blood sugars, and also rhodiola which is sometimes used as an adaptogen. If you’re simply sprinkling it on your soup, there should be no problem or danger.

How do you use black pepper in your cooking? Have you ever used the essential oil to sooth muscles or for pain relief? Let us know in the comments!