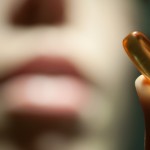 I first became interested in vitamin D when I learned it is not a vitamin. Instead, it is the only known substrate of a seco-steroid neurohormone that functions, like all steroids, by turning genes “on” and “off”. That means it has as many different mechanisms of action as it does genes it regulates. Moreover, vitamin D regulates hundreds, if not thousands, of the 21,000 identified coding genes of the human genome.

Over the past few years, evidence has been mounting that vitamin D is involved in the autism epidemic.

In 2008, I first published and later extended epidemiological and animal data connecting vitamin D deficiency with autism. My second article is open access, discusses some of the autism/vitamin D evidence, and can be fully accessed at: www.lef.org/autism.

In 2009, Life Extension® Magazine published a detailed description of the theory.

In 2009, Emily Deans, MD, wrote an extensive piece in Psychology Today outlining the theory of the connection between autism and vitamin D.

In 2009, Scientific American asked, “What if vitamin D deficiency is a cause of autism?”

In 2010, Kinney and colleagues at Harvard endorsed the vitamin D connection to autism.

In 2012, Kocˇovská and colleagues, with senior author Professor Christopher Gillberg of the Gillberg Neuropsychiatric Institute in Sweden, reviewed the evidence supporting the vitamin D connection to autism and called for “urgent research” into the connection.

How could vitamin D help autism, a condition that is highly genetic? Research has demonstrated that vitamin D has multiple mechanisms of action, many of which have been demonstrated to play a role in autism. Let’s take a look at four:

Some believe that autism is a disease of neuro-inflammation. According to scientific research vitamin D has profound anti-inflammatory actions. Experimental models show both direct and indirect anti-inflammatory effects of vitamin D involving both arms of the immune system (innate immunity and adaptive immunity).

Recent research reveals that activated vitamin D exhibits multiple anti-inflammatory effects. For example, vitamin D inhibits the synthesis and biological actions of pro-inflammatory prostaglandins, which are elevated in autism.  Vitamin D also exerts anti-inflammatory activity through the inhibition of nuclear factor-kappa B, which is involved in abnormal signaling in autistic brains.

There are at least 80 recognized human autoimmune diseases with new diseases frequently added to the list. A number of autoantibodies to the brain have been identified in autistic children, causing some to believe that many cases of autism are autoimmune. Furthermore, the levels of such antibodies are directly associated with the severity of autism.

A recent study found that the level of one anti-neural autoantibody (anti-MAG) was elevated in 70% of patients with autism. The study found that higher levels of anti-Mag were associated with significantly lower levels of vitamin D. In the same study, low serum levels of 25-hydroxyvitamin D were significantly associated with higher scores on an autism diagnostic assessment known as the Childhood Autism Rating Scale, indicating increasing severity of autismsymptoms.

Neurotrophins are the family of proteins that induce the development, function, and survival of nerve and brain cells. Vitamin D upregulates neurotrophins, such as NGF (nerve growth factor) and GDNF (glial-derived neurotropic factor), up to fivefold.

Several research groups report that vitamin D upregulates the antioxidant glutathione in the brain. Glutathione is involved in the brain detoxification process because it participates in the scavenging of oxidative byproducts and the chelation (capture and excretion) of heavy metals. Glutathione protects nerve cells and nerve conduction critical to mental processing, especially from toxins such as mercury.

Other research teams have reported that recent gene profiling has revealed several more antioxidants whose genes are directly upregulated by vitamin D. This includes thioredoxin reductase 1 and superoxide dismutase, both of which function as antioxidants and detoxification agents.

It’s clear that various reasonable mechanisms exist for how vitamin D could help children with autism. Be it via anti-inflammatory actions, anti-autoimmune activities, upregulation of neurotrophins, or stimulation of antioxidant pathways, adequate doses of vitamin D (enough to obtain natural blood levels of 50-80 ng/mL of 25-hyroxyvitamin D) may be a potential treatment for some cases of autism.

However, such a claim is entirely theoretical. There are no randomized controlled trials, no open label trials, no case series, and not even one published case report of vitamin D helping autism.

Even though there are no studies proving the benefits of vitamin D in autism specifically, the proven safety and benefits of vitamin D, added together with the fact that vitamin D has been shown to have a beneficial effect on many of the mechanisms of action that underlie autism, make vitamin D a smart option for children with autism.

Parents who want to try it should thoroughly understand that no evidence, other than theoretical, exists for such an effect.

How To Start Your Child On Vitamin D

For parents who want to proceed on their own, the key to success is obtaining high physiological 25-hydroxyvitamin D blood levels around 80 ng/mL (the same levels that are obtained by lifeguards in August).

As all studies show that autistic children are low in vitamin D, getting a 25-hydroxyvitamin D blood test to start is usually unnecessary.

The first step is simply to give your child 50 IU of vitamin D3 per pound of body weight per day. Liquid vitamin D is available from several sources.

The child should also be started on vitamin D’s cofactors, such as vitamin K2 (3 mcg per pound of body weight) and nutrients in a multi-nutrient powder formula. If Life Extension Mix™ powder is used, ½ a scoop for every 25 pounds of body weight can be blended in juice or a smoothie. The roughly 700 IU of vitamin D3 in one scoop of powder will help raise vitamin D levels.

After three months on the initial vitamin D dose, obtain another 25-hydroxyvitamin D blood test. If the 25-hydroxyvitamin D level is by any chance over 80 ng/mL, then the child’s dose is adequate and nothing else needs to be done but to hopefully watch for improvements in core symptoms.

Levels above 100 ng/mL do not mean “toxicity” as “toxicity” (asymptomatic hypercalcemia) is rare with 25-hydroxyvitamin D levels below 200 ng/mL, and 200 ng/mL is very difficult to obtain. If these high doses make you nervous, have your child’s blood calcium level checked, and you will see your child’s calcium level is not high (over 10.5 mg/dL).

Keep adjusting the dose every three months based on vitamin D levels. It is important that you test for serum 25-hydroxyvitamin D and not 1,25-dihydroxyvitamin D. For children who do not tolerate venipuncture, an accurate blood spot test requiring only a finger prick is available at www.vitamindcouncil.org.

For optimal absorption, give your child vitamin D during the meal of the day that contains the most fats. This may produce the optimal 25-hydroxyvitamin D levels suggested at the beginning of this section without having to resort to higher dosing.

As I said above, my very rough estimation is that around 75% of autistic children seem to respond at least somewhat to higher doses of vitamin D after levels are around 80 ng/mL.

To date, I have noticed that children who fall in one of the following categories tend to respond positively to vitamin D:

However, none of these, except perhaps a very distinct seasonality of symptoms, clearly predicts a response to vitamin D. In the same vein, some parents tell me that children with infantile onset of symptoms, children with more severe autism, or children older than eight have responded.

Parents who want me to participate in the diagnosis and treatment of their autistic child should contact my office in San Luis Obispo, California, for an appointment. There I will fully assess your child and give treatment recommendations to the parents. I will also be available for a limited number of tele-educational sessions via Skype, in which I will educate parents about vitamin D and its cofactors.

Over the past few years evidence has been mounting that vitamin D is involved in the autism epidemic. Research has demonstrated that vitamin D has multiple mechanisms of action, many of which have been demonstrated to play a role in autism. Scientific data have made it clear that various reasonable mechanisms exist for how vitamin D could help children with autism. Be it via anti-inflammatory actions, anti-autoimmune activities, upregulation of neurotrophins, or stimulation of antioxidant pathways, adequate doses of vitamin D (enough to obtain natural levels of 50-80 ng/mL) may be a potential treatment for some cases of autism.