6 Foods For A Better Mood 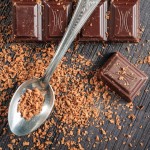 Want to spice up your mood? Start in your fridge. The foods you eat can actually make a big difference in the way you feel.

It’s probably not all that surprising, since eating is often thought of as one of life’s most fundamental pleasures.

So let’s “dig in.” Perhaps some of your favorites have made it onto our list.

Did you know that coffee drinkers are 20% less likely to suffer from depression? The relationship was found in a study for women who drank four or more cups of coffee daily. The consumption of coffee was linked to a decreased risk of depression in men, too.

The culprit behind coffee’s mood-boosting effects is probably caffeine, since the women in the study drinking decaf did not experience the same benefits.

Caffeine supports the release of dopamine, a euphoria-inducing neurotransmitter.

When you eat spicy foods, your brain perceives pain. Consequently it releases a flood of endorphins, to help you feel better.

Endorphins are your body’s feel-good chemicals. They have anti-depressant effects.

So it’s no wonder why some people are “addicted” to spicy foods. They were probably experiencing this all along.

A study revealed that people who ate 7-8 servings of fruits or vegetables daily were happier. This came after a survey analyzed the eating habits of 281 people.

It just goes to show that you don’t have to eat unhealthy comfort foods when you’re feeling down. It turns out that produce is pretty comforting within itself.

This one may seem pretty obvious, since eating chocolate makes just about everyone feel good. What many people don’t know, however, is that chocolate has been found to offer calming effects.

Ever tried curry chicken? The yellow coloring is from turmeric, an Indian spice.

A key ingredient in turmeric called curcumin has been clinically shown to be just as effective as Prozac in alleviating depression.

Turmeric can be added to almost all of your dishes. It has a subtle flavor and is extremely healthy.

Studies show animals given probiotics increase their production of GABA, a calming neurotransmitter.

Feeling relaxed after drinking a cup of tea isn’t pure coincidence. Certain foods are calming, and research substantiates this.

If you want to feel your best, remember, your diet must come first!