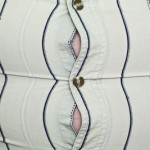 Several of my patients have rheumatoid arthritis.  Most of them also have a little extra poundage than I would like them to have.  Many of them feel that it’s been their aching joints that have kept them from exercising more and so they have gained weight.  However, looking back at their records, in many cases their overweight preceded the onset of their RA by a few years.  It had always been my suspicion that, like other diseases, their obesity had somehow contributed to the development of their condition.  Now, researchers at the Mayo Clinic have backed up my suspicions.  I’d like to tell you about what they found.

Being Overweight Can Trigger Rheumatoid Arthritis

Recent research out of the Mayo Clinic has shown that the incidence of rheumatoid arthritis had risen throughout the years 1985-2007.  In addition, people – most notably women over 40 – accounted for 68% of the cases of RA and 30% of them were obese before being diagnosed.  The rates went even higher if these women were also smokers but being obese accounted for the more than half rate of increase in development of RA over the more stable rates for smoking alone.

The link between obesity and the development of RA, the researchers concluded, was the amount of inflammation caused in the body by the increased level ofcytokines – inflammatory chemicals produced from free radicals.  These inflammatory cytokines are stored in fat cells. Thus, the more stored fat you have, the more of these inflammatory cells you have.  Having a history of being overweight puts you – especially if you are a woman over 40 (men also get RA but usually later in life) – at significant risk for developing the arthritic condition.  The researchers warned that even though their findings did not show actual cause and effect between the two conditions, their findings provided one more reason to prevent/reduce obesity levels in the general population.

As I explain to my patients whom have been diagnosed with the condition, rheumatoid arthritis   is a condition where the immune system begins to attack the tissues of the joints of the shoulders, hands, knees, ankles and feet.  It causes swelling, inflammation and pain. Complications can arise in the form of heart disease, carpel tunnel syndrome, and lung disease.  RA can become a debilitating condition which can cause you to shy even further away from exercise that can then aggravate even more unwanted weight gain.  RA currently affects about 2 million Americans.

In another recent study published in Arthritis Care and Research, it had been noted that people with a history of obesity have a 1.2 times greater risk of developing rheumatoid arthritis.  The study defined obesity as having a body mass index (BMI) of 30 or greater.  This study’s findings were surprising based on the fact that the incidence of rheumatoid arthritis had been in decline over the past 40 years but had recently started to increase dramatically.

In fact, the American Medical Association has even advised physicians that, when we talk to patients about the increased health risks of obesity, we should now add to the list the risk of developing rheumatoid arthritis.

The results of these newer studies are enough to convince me that obesity not only adds to the risk of developing rheumatoid arthritis, but it also complicates it, making it harder to treat and live with.  Losing weight while on the typical steroid drugs prescribed for RA can be difficult as they can cause increased appetite.  The following are some things I recommend my RA patients do to help attain a normal weight and thereby help their RA condition:

Rheumatoid arthritis is an uncomfortable condition which has been research proven to be aggravated by, and likely contributed to by, obesity.  Reaching and keeping a normal weight can go a long way in helping prevent developing RA and/or reducing its symptoms significantly.